See how birds change their tunes to fit their surroundings

Tiny tweaks in a song can prove crucial for dating and mating rituals. 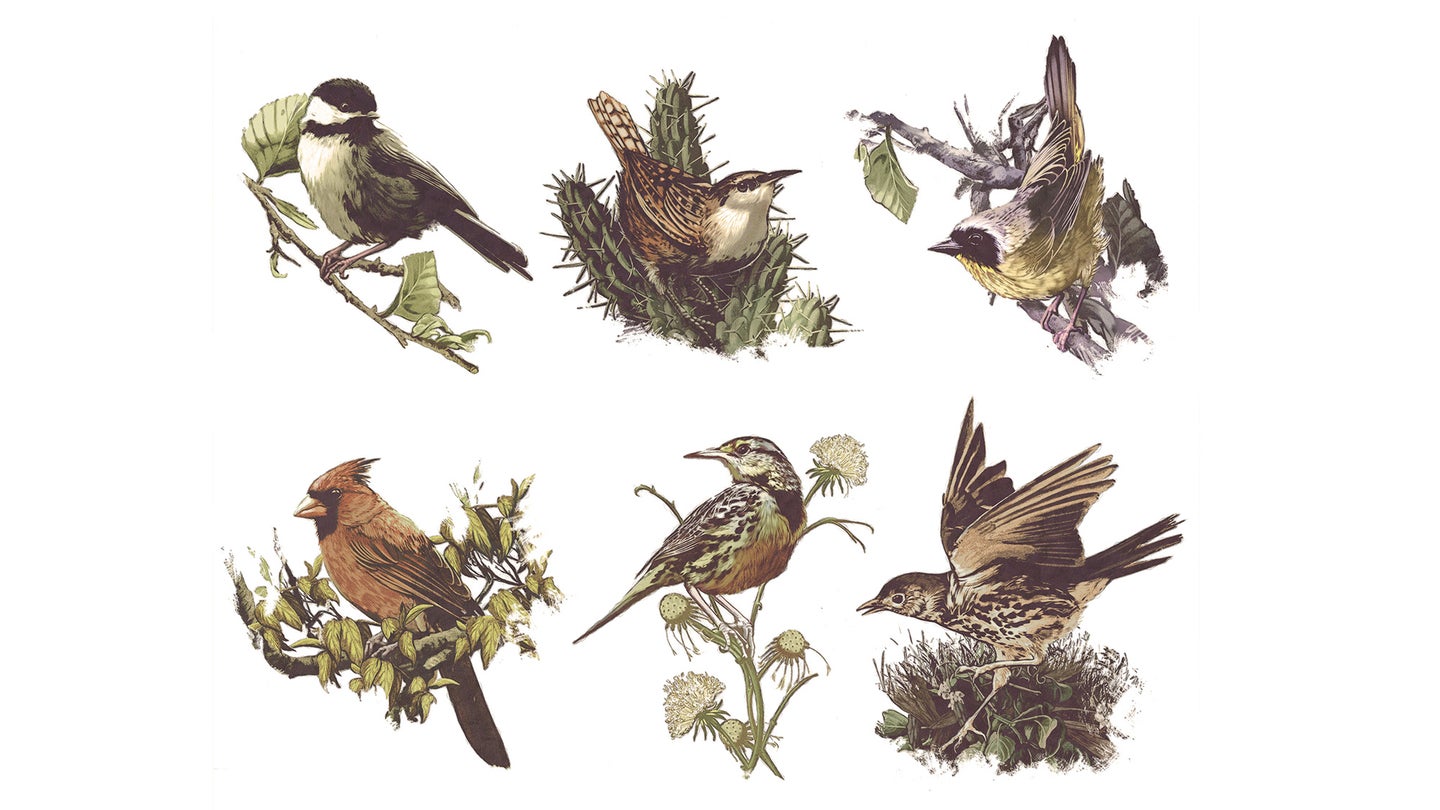 Nature puts every chirp in its proper place. Avian sounds—flutish trills, alarmlike buzzes, and one-note squawks alike—​are immediately absorbed, reflected, and scattered by everything in a bird’s habitat. Nearby leaves or branches, canyon walls, and even the wind influence notes, so over time, species tailor songs to suit those surroundings. Some minimize echoes by putting more space between notes, while others use low frequencies that travel farther. Here’s how some birds have tweaked their waveforms.

This three-part call often consists of soft, low-pitched phrases flourished with a final, elaborate trill—a complex tune compared with other thrushes. The intricacy makes the tune susceptible to warping when it hits vegetation, so males manage by singing from the lower canopy or midstory of forests, where there’s less obstruction.

This seconds-long song often begins with a loud string of two-part whistles and ends in a slow trill. Cardinals nest in dense foliage, but they sing from lofty perches so their high-pitched songs can travel long distances without branches and leaves dampening or muffling their notes.

Amorous males of this species sing from ­exposed perches like fence posts or ­telephone lines—or while in flight. The slurred, slightly drooping whistles are easily heard ringing out through their native grasslands. In open areas with few trees to distort their songs, these birds are free to devise complicated and variable tunes.

These marsh-dwellers sometimes repeat their short, choppy melodies up to 300 times per hour in the summer. The explosive sound can bounce through dense cattails and other tangled vegetation at the edges of their native wetlands. By singing ad nauseam, the species ensures at least some repetitions reach potential mates’ ears.

This cliff-nester makes a musical ripple of cascading notes. Although the ­melodies bounce and echo off the surrounding canyon walls, the repetitive nature and slow, descending scale help female wrens (and human hobbyists) pinpoint each bird’s location along the steep rock faces it inhabits.

Because they often live and feed in dense, wooded habitats, these cute bits of fluff can’t always spot other members of their flock, even when they’re close by. The simplicity of their two- or three-note whistles allows a listener to judge the song’s quality (and therefore the singer’s), regardless of any distortion caused by the surrounding forest.