“Invisibility Wetsuits” Hide You From Sharks While You Swim 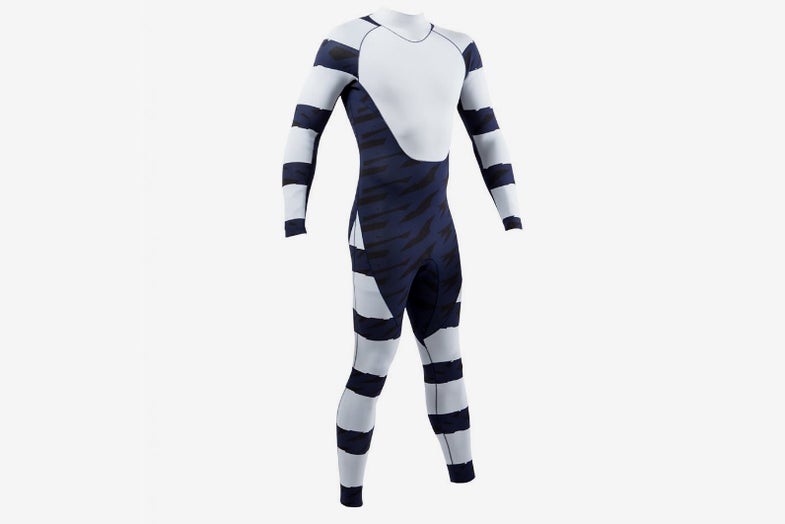 The coast of Western Australia has been particularly dangerous place for shark attacks recent years, earning it the distinction of becoming “shark attack capital of the world.” Between October 2011 and July 2012, great white sharks killed five people in attacks in the area.

In response, a company called Shark Attack Mitigation Systems (SAMS) and University of Western Australia scientists have been working to protect swimmers, surfers and divers from getting chomped on with a line of shark-deterring wet suits. After two years of research and development, the suits went on sale this week.

One version, “Elude,” camouflages the wearer in the water, based on the recent discovery that sharks seem to be color blind. The other, “Diverter,” aims to repel sharks with high-contrast black and white bands, a natural signal the company says tells sharks you aren’t the delicious snack they’re looking for.

“Many animals in biology are repelled by noxious animals – prey that provide a signal that somehow says ‘Don’t eat me’ – and that has been manifest in a striped pattern,” UWA professor Shaun Collin told the Guardian.

The suits’ designs were tested with tiger sharks off the coast of Western Australia, but not with humans inside them. More testing is scheduled for this summer, but the especially brave (or shark-prone) can order a suit now. When you’re talking life or limb, $495 isn’t that pricey.