The Science of Swine

Pigs not only inspire scientists via delicious, brain-sustaining pork products. See the latest pig-influenced developments in medicine and tech, from diabetes treatments to pig-urine-flavored cigarettes 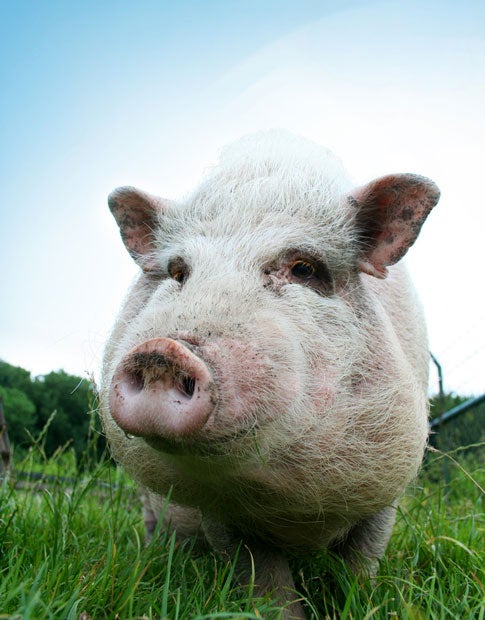 We’ve got pork on the brain here this week at PopSci. Earlier today we told you about how cells from a pig’s bladder helped a man regenerate part of his severed finger, and if you’re a PPX player, you know we just rolled out an IPO regarding PETA’s recent offering of a million dollar prize for anyone who can grow meat sans-animal in a lab, hoping to negate the necessity for livestock. However, it will probably be a while before anything created in the lab will rival the one food that we can’t ever manage to stop thinking about, even for dessert—bacon.

As it turns out, pigs have been the inspiration for several other recent medical and technological innovations in the last few months.

One such instance of pig science is a report from a group of Russian scientists who are implanting pancreatic cells from young pigs that produce insulin into diabetics. The sample size is still quite small (only 4 people have received the treatment), but the results are worth watching. It seems that some of the patients with the injected insulin-producing pig cells have been able to drastically reduce their insulin intake over long periods of time. This could be a significant step towards the cure for a syndrome that has become exceedingly common within the past few decades. One drawback, however, are the fears that this could lead to the cross-species transmission of pig-borne viruses.

If pig-based diseases aren’t disturbing enough, how about we turn our attention to pig urine? High-density industrial pig farms serve as home to a large percentage of the world’s nearly 1 billion pigs, and with high-concentrations of pigs comes high concentrations of their often toxic waste products, which can wreak havoc on the environment. However, one company has devised a novel way of disposing of the urine by rendering the urea into plastics for household items, such as pig urine cups, pig urine bowls and pig urine spoons. Once the process is perfected it could be cheaper and more environmentally advantageous than the regular fossil fuel-based plastics. Other manures can be used, as well, and the organic compounds that are extracted can be potentially used in a variety of ways, including as flavoring for cigarettes. A line of pig urine flavored cigarettes could be an alternative stop smoking product if the patches, pills or gum just aren’t doing it for you. 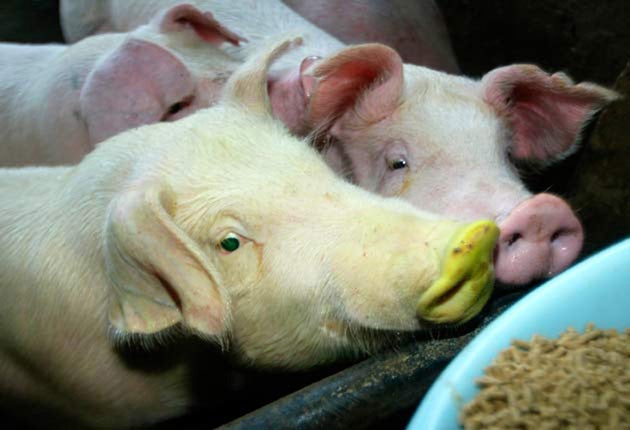 In natural light, the jellyfish gene is expressed in a fluorescent-yellow-hued snout. The treated pigs are luminescent inside and out.

Finally, out on the extreme end of pig-based research is the glow-in-the-dark pig. A while back Taiwanese scientists were able to genetically modify a litter of pigs with jellyfish DNA so that they would fluoresce green. Though the visual results are striking enough to justify the experiment, the true reasoning behind the experiment is to show that stem cells can be tagged with the same fluorescent molecules allowing their growth and development to be easily observed and studied.

I personally like to think that these scientists wanted to secondarily cure a condition that has plagued man since his inception: the late-night munchies. And what better way to solve it than with glow-in-the-dark bacon?