Has the holy grail of Sasquatch hunting been found in the hill country of Georgia? 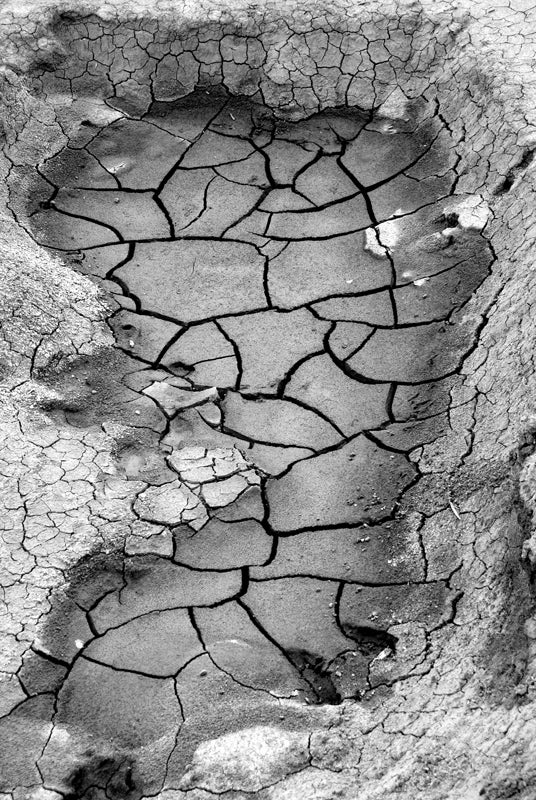 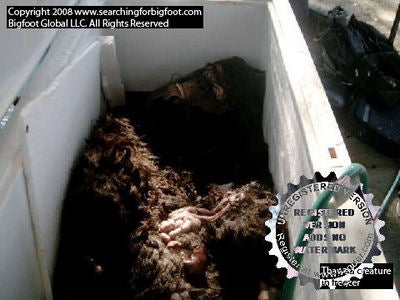 Not since Harry and the Hendersons has the legend of Bigfoot, aka Sasquatch, aka Yowie, captured the attention of the country so thoroughly. This week, a pair of men from northern Georgia claimed they have found the body of the so-called Georgia Gorilla, and are keeping the remains in a chest freezer. According to a press release by the professional bigfoot hunters, Matthew Whitton, a police officer in Clayton County, and Rick Dyer, a former corrections officer, the creature is a male, 7 feet 7 inches tall, 500 pounds, with feet 16.75 inches long. [That works out to men’s U.S. shoe size 28. Hence the name. -ed.] The duo, who say they found the carcass in an undisclosed bigfoot Shangri-La in northern Georgia where they also filmed three living sasquatches nearby, called in veteran Bigfoot researcher Tom Biscardi to help confirm the find. The three are holding a press conference in Palo Alto, California, at noon on Friday to present photos of the big guy (one photo posted on the web drew so many visitors it crashed their site), and, they say, DNA evidence that proves they’ve found a new species. After that, Biscardi says that — under armed guard — “extensive scientific studies will be done on the body by a team of scientists including a molecular biologist, an anthropologist, a paleontologist, and other scientists over the next few months at an undisclosed location.”

Excuse me if I don’t get out of my chair for this one. If it is Bigfoot, I’ll be more than happy to eat my words. But evidence to the contrary is already stacking up. The first red flag is the involvement of Tom Biscardi, who, according to reports, was involved in a Bigfoot hoax in 2005, where he claimed to have captured a live one and announced a plan to show footage of the beast on pay-per-view for $59.95 (that scheme didn’t pan out). It’s thought this latest “find” may be a publicity stunt for his recent film “Bigfoot Lives.”

The second caveat comes from the appearance of other recent cryptozoological sightings. In the past month photos of the “Montauk Monster” and a video out of DeWitt County, Texas showing the legendary goat-sucker, or chupacabra, have surfaced. The Montauk Monster photo, showing a bloated hairless beast with a beak, is now believed to be part of a viral marketing campaign for a movie being filmed in the Montauk area (the movie’s producer “found” the creature washed up on shore). Similar recent chupacabra sightings in Texas have turned out to be hairless coyotes. Chances are the Bigfoot carcass is either a coordinated marketing campaign, a case of mistaken identity, or simply another stunt.

The only way Whitton and Dyer will be able to prove that their find is real is to let the body be examined by independent scientists. It is possible that large, new species are out there and undiscovered–just look at the cache of gorillas recently discovered in the Congo. But I’ll bet that this Bigfoot sighting will follow the same disappointing script as other cryptozoolofical finds–after they release their photos and (likely inconclusive) DNA evidence and the body goes behind the “armed guards,” it will then be lost, “destroyed” by a freak event, or never seen again, except on grainy film shot by a horrible photographer that will be endlessly examined on the History Channel.

Still, I want to believe.