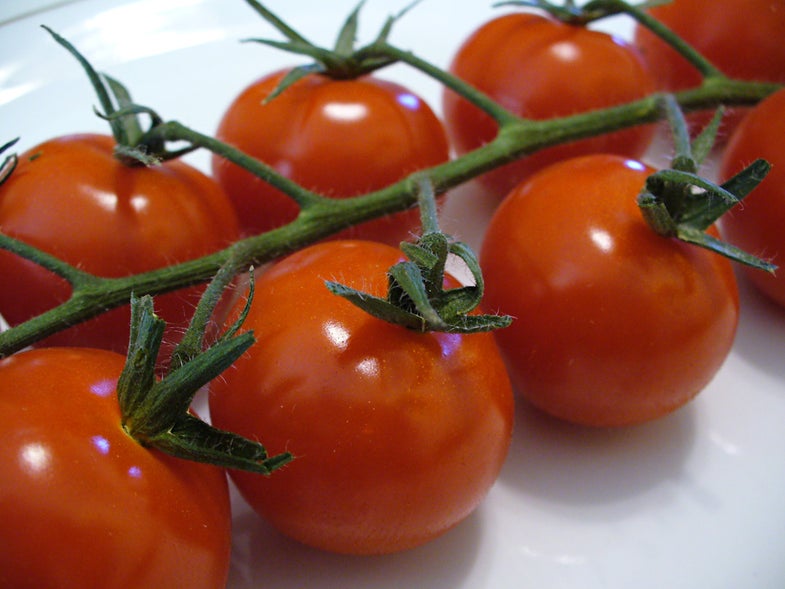 You say tomayto, I say tomahto.

Apparently, human urine works remarkably well as a fertilizer for tomatoes, according to a new study out of Finland.

Plants fertilized with a mixture of stored human urine and wood ash produced 4.2 times more fruit than plants without the pee, the study found. The urine-fertilized tomatoes had more beta-carotene than unfertilized ones, and much more protein than traditionally fertilized plants.

And the tomatoes were just as good as those grown with traditional fertilizer, according to a panel of 20 brave tasters.

Healthy human urine is rich in nutrients like nitrogen, potassium and phosphate, all key ingredients for healthy plants. As long as the pee doesn’t contain any fecal matter, it’s usually free of any microorganisms.

Surendra K. Pradhan, K. Holopainen and Helvi Heinonen-Tanski of the University of Kuopio in Finland collected human urine during the winter of 2007-2008 from several eco-toilets in private homes. The urine was stored for about six months at 45 degrees F and tested for microbes and bacteria. The team mixed it with wood ash collected from a household furnace, and found the mixture was just as good as — or better than — conventional chemical fertilizer.

In taste tests, the urine-fertilized tomatoes tasted different from those fertilized with urine and ash, but tasters didn’t have a preference — “all tomato samples were evaluated as being equally good by the tasters,” the study says. The results are reported in the latest Journal of Agricultural and Food Chemistry.

The same team had previously tested human pee as a fertilizer for cucumber and cabbage, and a South African team reported last year that urine had successfully fertilized maize. The Finnish team said they tried tomatoes because they’re grown all over the world and are a staple ingredient in many recipes.

The use of urine to fertilize crops has been practiced since ancient times, but is relatively rare today, thanks to the ick factor and the prevalence of chemical and mineral fertilizers. But as farmers and home growers seek organic ways to grow food, urine could be a solution.

The study “may contribute to the development of positive attitudes about the use of urine and ash as fertilizer as a way to both increase crop yield and reduce water pollution,” the authors wrote.

It may not be necessary to go all NASA with our pee and start drinking it. But if we can safely and efficiently grow food with it, why not?