NASA is enlisting Hollywood to help promote its blockbuster new Mars rover, Curiosity, in a couple of new videos. Below... 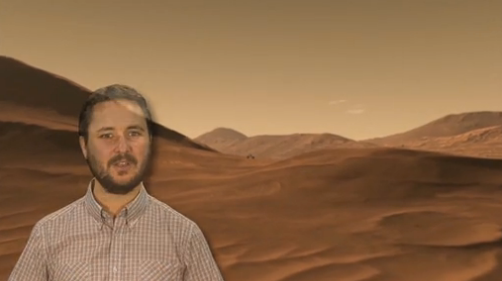 NASA is enlisting Hollywood to help promote its blockbuster new Mars rover, Curiosity, in a couple of new videos. Below you can watch both William Shatner and Wil Wheaton, vets of various “Star Trek” franchises, describe Curiosity’s “seven minutes of terror” as it touches down on Mars.

As regular readers know by now, Curiosity has a very tricky landing ahead in a week’s time, including use of a supersonic parachute and an elaborate “sky crane” lowering the rover onto the surface. Wheaton and Shatner lend some appropriately dramatic narration to NASA’s animation of these events.

Both sci-fi actors are no stranger to promotion of real space science; Shatner has phoned the International Space Station to wake up the astronauts, and he’s narrated dramatic space shuttle commemoration videos. Wheaton promotes NASA and argues for more funding through his multitudinous social media channels. Watch them both below and get jazzed for Curiosity’s landing … and remember to check with PopSci, live from Mission Control, for all the latest!