Experience your own "seven minutes of terror" with Spacecraft 3-D 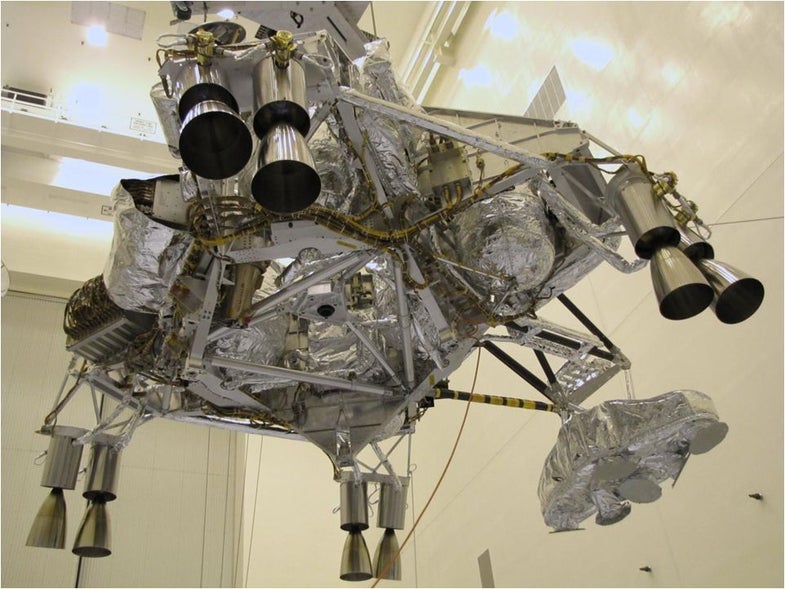 Curiosity will touch down on Mars using a complex "sky crane" descent stage, unlike other planetary explorers that have bounced around with parachutes and balloons. You can see an animation of it here. NASA/JPL-Caltech
SHARE 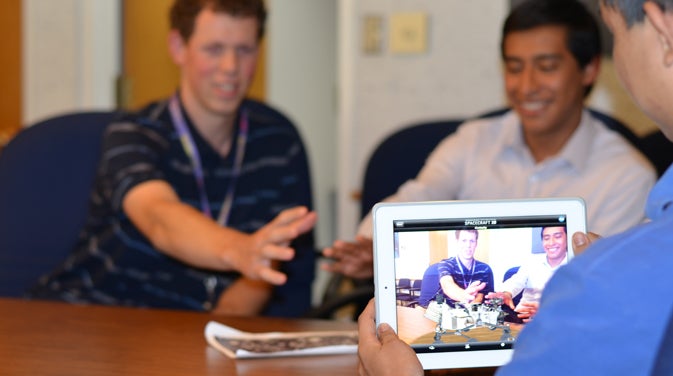 NASA’s Curiosity rover is landing on Mars next month. But it’s already landed on iPhones. So have the twin GRAIL spacecraft currently orbiting the moon. A new iPhone/iPad app released by NASA delivers an augmented reality experience in 3-D that allows users to print off imagery of the moon or Mars and view that imagery through the cameras on their devices, which then overlay the image on the device screen with various animations, graphics, and information.

“Let’s say you want to get an idea what our Curiosity Mars rover is all about,” said Kevin Hussey, manager of visualization technology at NASA’s Jet Propulsion Laboratory, in a press release. “Like Hollywood directors sizing up their next shot, you move your camera-equipped iPad or iPhone in and out, up and down, and the spacecraft perspective moves with you. It is a great way to study the 3-D nature of NASA spacecraft.”

The app even lets you drop yourself or friends into the landscape, allowing you to snap the only image of yourself and Curiosity that you’re ever going to get. And if you’re the type of person who actually has a favorite NASA interplanetary spacecraft (Cassini is by far the coolest, by the way–just sayin’), fret not. NASA has several other spacecraft in the work that will be added to the app over time like the Saturn-orbiting Cassini, the asteroid-observing Dawn, and even the Voyagers, which are well on their way out of the solar system. Get the app here.

Stay tuned for our live video coverage of the Curiosity lander’s landing on Mars!