All Systems Are Go After Curiosity Rover’s Successful Launch

While most of us were still enjoying Thanksgiving leftovers, a bunch of people at NASA had a very eventful weekend.... 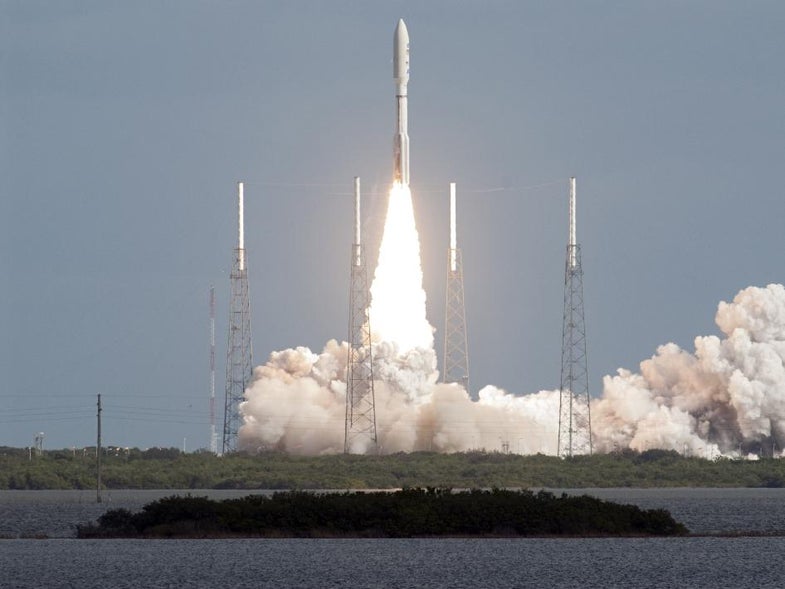 While most of us were still enjoying Thanksgiving leftovers, a bunch of people at NASA had a very eventful weekend. The Mars Science Laboratory lifted off under a muggy Florida sky Saturday morning, a picture-perfect launch for a milestone mission.

A mammoth Atlas V rocket lifted it into Earth orbit and then a final push steered it away from its home planet. The spacecraft made contact with ground stations shortly after separating from the rocket fairing — watch a video of that separation below. All systems look good, and NASA will conduct some more instrument tests in the next few weeks. The first trajectory correction maneuver will be in about two weeks, the space agency said.

The mission includes Curiosity, a sedan-sized rover that will be the most complicated interplanetary explorer ever. It will examine rocks with a laser, and sift and bake Martian sand to explore whether the planet ever had the right ingredients and environment for microbial life. Check out our previous coverage here.

Curiosity will take about nine months to reach Mars, and will use a guided entry system and a sky-crane landing to arrive safely at the foot of a mountain inside Gale Crater. Based on the launch trajectory, NASA anticipates a landing on Aug. 6, 2012. Till then, godspeed, Curiosity!