As Humans Take Leave of Space, Robot Explorers Will Go Farther and Look Closer Than Ever

Reflections on the passing of one era, and the dawning of another 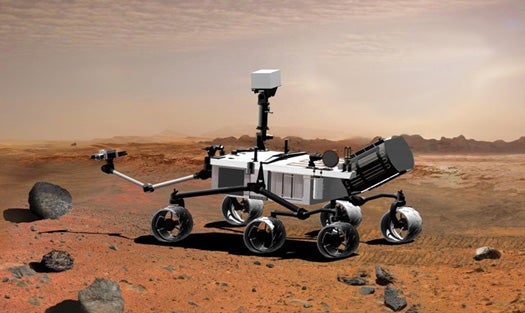 Before I sat down to write this morning, I poured coffee into my shuttle-emblazoned Space Camp mug and thought about the end of this era. Like many of you, and like legions of space advocates around the globe, I’ve rolled through a litany of emotions at the denouement of the American space shuttle program.

Today’s launch certainly evokes pride; I have swelled with joy and anticipation every time I watched those orange sparks arcing across the launch pad and setting the shuttle engines ablaze. It evokes sadness, because one of our proudest national accomplishments is now complete. It evokes worry, as I wonder whether we’ll ever regain the nationalistic audacity and bipartisan fortitude that such a monumental program requires. And it even awakens feelings of maturity — the shuttle program and I are the same age, and now this last vestige of my childhood imagination has come to an end.

Then I clicked on NASA’s homepage to browse through the space agency’s multimedia extravaganza, and the following two sentences caught my eye: “The end of the space shuttle program does not mean the end of NASA, or even of NASA sending humans into space. NASA has a robust program of exploration, technology development and scientific research that will last for years to come.” 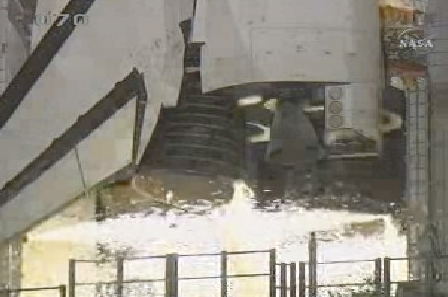 This was accompanied by a photo of Juno, the Y-shaped probe that will make its way to Jupiter later this year. There’s a shot of the Mars Science Laboratory, equipped to look for signs of life on the Red Planet. And there’s an image of the completed International Space Station, to remind us that humans will continue living in space as we have done for more than 10 years straight.

It would be pretty sad if people actually thought the end of the shuttle meant the end of NASA. But I admit NASA’s self-preserving statement gave me some comfort. It’s a welcome reminder that the space program indeed has plenty to do after Atlantis touches down 12 days from now. New missions to an asteroid, the moon, Jupiter and Mars are all on the calendar for this year alone. And that means we have plenty to stay excited about.

Later this month, the Dawn spacecraft will enter orbit around the asteroid Vesta, where it will search for possible moonlets and compare and contrast the asteroid’s composition with another planetisimal, Ceres.

In August, Juno lifts off on a journey to the biggest planet, where it will study enormously powerful magnetic fields and radiation belts in an attempt to unmask Jupiter’s history. Juno will be the farthest-flung solar-powered probe ever built, and its mission required building some special armor to protect it from Jupiter’s uninviting environs. Juno’s science team created a really impressive interactive website to explain their probe and its mission — check it out here.

Next up is the Gravity Recovery and Interior Laboratory (GRAIL) mission, launching two tandem spacecraft for the moon in September. The craft will measure the moon’s its gravity field to determine the size and composition of its core, and it will have a moon camera on board that can be controlled by schoolchildren.

Then, in a window between Thanksgiving and Christmas (hopefully), MSL will rocket toward Mars for a landing in August 2012.

These missions represent the future of NASA.

I do find it somewhat discouraging that we’re so willing to outsource one the greatest endeavors of exploration to profiteers — not to mention the brightest minds of other countries. But as the Reagan-era marvel that has been the space shuttle ends (coincidentally, or maybe not, a date exactly 42 years after Aldrin and Armstrong landed on the moon), private companies are poised to step up. George Whitesides, the CEO of Virgin Galactic, told me this spring that he hopes to get into space next year. And NASA is working with commercial partners to build a new crew vehicle.

Put all that aside for now. No matter NASA’s budget woes or Russian lessons for its astronauts, the agency’s science future looks bright. Waleed Abdalati, NASA’s chief scientist, believes NASA can now turn to missions that the private sector can’t or won’t do — like long-distance human spaceflight and solar system exploration.

I thought about Abdalati’s comments again this morning, and about how far we’ve come in these efforts — thanks in no small part to the shuttle, of course. So I decided to turn the flawless final shuttle launch into an exclamation point, not a sign of despair. There is still so much more to come. And I remembered this quote, which I’ve cited in the past, from Edwin Hubble, whose eponymous space telescope never fails to amaze. I remain inspired.

“Today we have reached far out into space. Our immediate neighborhood we know rather intimately. But with increasing distance our knowledge fades … until at the last dim horizon, we search among ghostly errors of observations for landmarks that are scarcely more substantial. The search will continue. The urge is older than history. It is not satisfied and it will not be suppressed.”