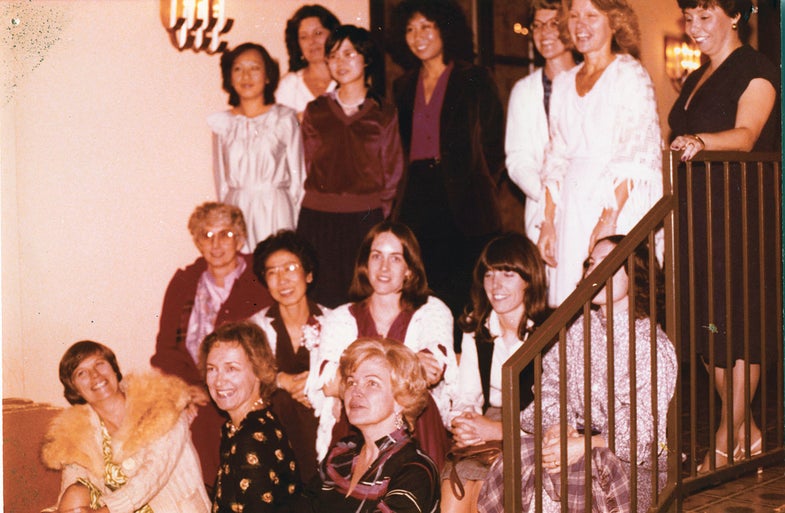 In Rise Of The Rocket Girls, science writer Nathalia Holt introduces us to the sisterhood of talented women who helped launch Jet Propulsion Laboratory (later to become NASA JPL) to fame.

When the lab was first getting started in the 1940s and rockets still seemed like a crazy idea, the first computers were humans. And at JPL, the computers were almost exclusively women with a penchant for math.

At a time when women’s roles were mostly limited to housework and motherhood, the girls at JPL calculated how much fuel the rockets would need to explore the solar system, and where they would fly. Later, the women became some of the first computer programmers, and eventually engineers on some of NASA’s most important missions—including Voyager, which sent back the first pictures of Jupiter, Saturn, Neptune, and Uranus.

Their stories are fun, intense, and endearing, and they give a new perspective on the rise of the space age.

The following is an excerpt from the book, which went on sale last week.

Sue Finley joined her friends at the lunch table. She loved her work and her colleagues. What was hard was going home. She adored her little boys but struggled with her husband. After fifteen years of marriage she couldn’t go on. As she wrestled with the decision, she kept thinking, I don’t want my boys to think this is what marriage is like. The decision was painful, but she decided to go forward with a divorce and hope for the best.

Far from her worries at home, Sue was working on computer programs for the Voyager mission’s Grand Tour. 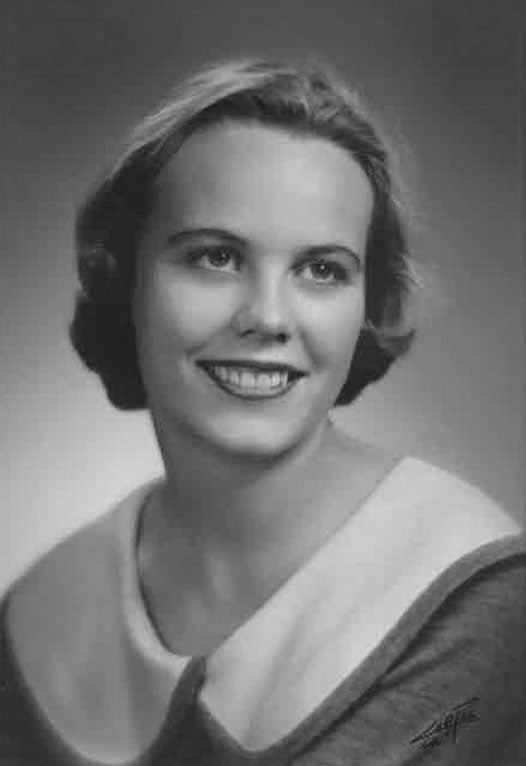 Sue is a subsystems engineer for NASA’s Deep Space Network, and NASA’s longest-running female employee. She started at NASA in 1958.

The team at Jet Propulsion Laboratory analyzed thousands of possible trajectories to determine Voyager’s path through space. Their once-in-176-year alignment was perfect for exploring Jupiter, Saturn, Uranus, and Neptune.

Just getting past Saturn was going to be a challenge. In fact, they had to be careful not to mention their plans to visit Uranus and Neptune outside the lab. The engineers knew that Congress had barely approved this mission and that if they proposed extending the tour, the entire operation could be in jeopardy. Instead, they would proceed in secret and hope to get authorization after leaving Saturn.

Sylvia Lundy, now armed with her master’s degree in engineering from West Coast University, was becoming a star at the lab. Her programming on the Voyager mission was meticulous, producing elegant trajectories for the twin ships.

Sylvia’s task was especially difficult; she needed to plot a path close enough to Jupiter’s moons and Saturn’s rings to use their gravity while still staying in the proper alignment to fling the spacecraft out to Uranus and Neptune. To hedge their bets, the team charted a course for Voyager 1 that would take a shortcut through the solar system, getting closer to Jupiter and Saturn, while Voyager 2 would wind its way around more slowly, flying by both Uranus and Neptune. To accommodate this plan, Voyager 2 would actually be launched first. 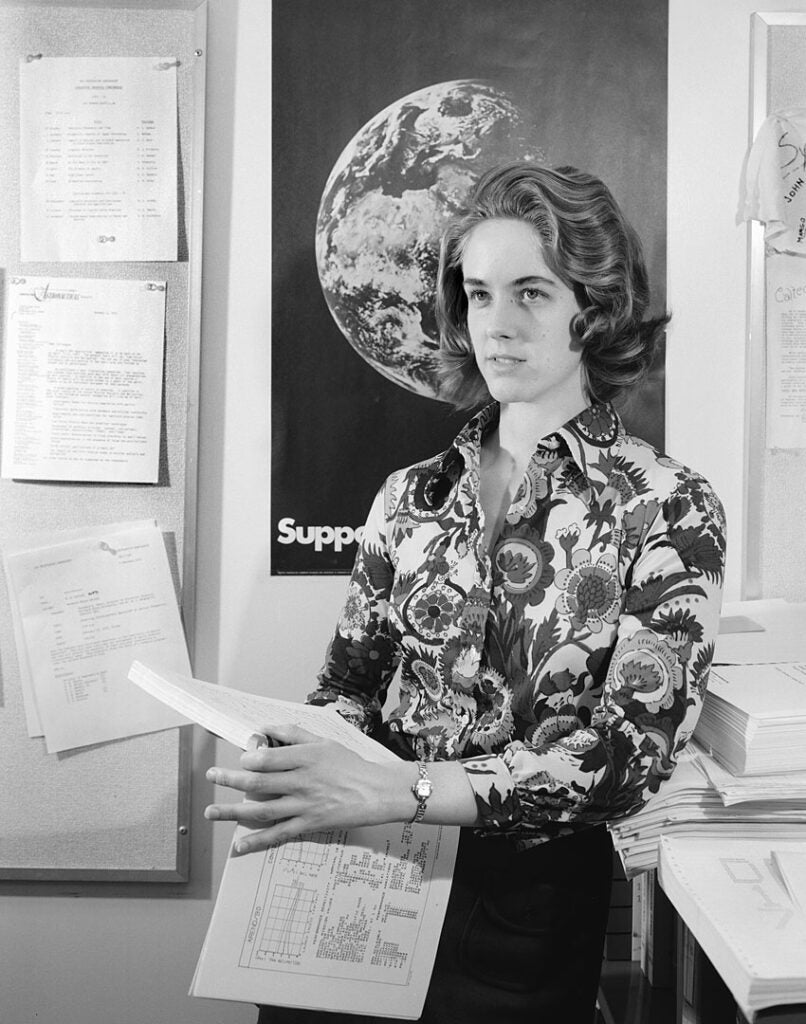 Sylvia plotted the course for the Voyager mission.

At the end of May 1977, Sylvia and her date sat in a movie theater watching the blockbuster Star Wars. Sylvia was tired, and her mind kept drifting back to a computer program that wasn’t working properly. It was hard to let go of the code and relax; she went over the broken commands again and again. Suddenly a view of the stars filled the screen. It was the splendor of outer space, as imagined by George Lucas, and Sylvia was entranced. She giggled at R2-D2, amused at the difference between robots in movies and those in the lab, and reveled in the quirky characters in the bar scene. Along with everyone else in the theater, she became lost in the story. Later, as they left the dark movie theater for the bright light of day, she felt energized. It was as if she had a secret, shared only by those at JPL. She was about to see the real outer space, a view that needed no special effects from Hollywood.

On August 20, 1977, Voyager 2 sat atop a powerful Titan-Centaur rocket at the launchpad at Cape Canaveral. It was early morning, and those at JPL were full of nervous energy. The women knew this was their one shot at the Grand Tour. The planets wouldn’t align like this again for another three lifetimes.

Almost immediately things began to go wrong. First the onboard computers failed on the launchpad. Thankfully, this was a quick fix, and they were ready to begin again. In four-foot-high digits, the iconic launch clock at Kennedy Space Center counted down to zero. A billow of white smoke appeared as the rocket set off, lifting slowly from the ground. As expected, the launchpad became consumed in clouds of exhaust that engulfed everything and everyone, almost as if the sky had descended upon the earth. A luminous white light, the result of aluminum oxide exhaust from the rocket boosters, blinded observers. In mere minutes the whole thing was out of sight.

She was about to see the real outer space, a view that needed no special effects from Hollywood.

As the rocket carried the spacecraft up through the clear Florida sky, the ship began to get confused. Like humans who find themselves in the throes of a wild spinning sensation, Voyager was suffering from mechanical vertigo and unable to get its bearings. The engineers at JPL watched helplessly. If they rebooted the system it might never reorient itself. The entire mission would be a wash as the probe forever sought direction in the vastness of space. Instead, they waited, hoping the computer system would fix itself. Soon, its fault-protection programming kicked in and the ship righted.

Yet only an hour later there was another hiccup. The semi-autonomous Voyager, dealing with another orientation failure, shut down communications with Earth. JPL mission control was nervous; the robot had a mind of its own. Then, 79 minutes later, Voyager found its bearings, communications came back up, and the ship was finally on its way to Jupiter.

The second Voyager launch was even more of a nail-biter. It took place on September 5, just sixteen days after Voyager 2’s lift-off. Although it was the second Voyager to be launched, it was named Voyager 1, since its arc through space would leapfrog the spacecraft past its twin, delivering it to Saturn first.

The day started out promisingly. The sky was a clear, dark blue in Florida while dawn had yet to break in California. It didn’t matter to the team at JPL; they were huddled inside, waiting for the countdown. At 8:56 a.m. in Florida, in a fiery flash of light and exhaust, the rocket carrying the ship lifted off. Sluggishly at first, then rising steadily, it soon disappeared, a coil of smoke in the cloudless sky the only evidence of its path.

Something was wrong. On both coasts they watched as the rocket rose slowly through the atmosphere, a little too slowly. If the spacecraft couldn’t reach escape velocity, its tour of the solar system would be a short one. It would pop into Earth’s orbit, caught in the clutches of gravity and unable to travel any farther. They were running out of both propellant and time. The ship had already eaten through 1200 pounds of fuel it shouldn’t have needed. The culprit was a tiny fuel leak in the propellant line.

At JPL, the mood was tense. They sat helplessly; there was absolutely nothing they could do. Then, with 3.4 seconds of propellant left, the rocket made it, breaking the chains of gravity before the first-stage Titan fuel tanks fell away. Relief washed over the entire team. Voyager 1 had reached a high enough orbit.

Now the engineers and computers turned their attention to the second-stage Centaur rockets, which they knew contained extra fuel, enough, they hoped, to push the ship onto its path to Jupiter. Yet burning through all this fuel until the tanks were empty carried a risk. The walls of the fuel tanks were thin strips of stainless steel, no thicker than a dime. The tank was built like a balloon, kept inflated only by the presence of propellant. The design was ideal for keeping the weight of the rocket down. However, once the tank ran dry, the walls would collapse in on themselves, possibly ripping apart at the seams as they did so. If this happened, an explosion could be sparked that would destroy the ship.

Flight controllers at mission control waited as the rocket coasted into the anticipated position and then fired the Centaur rockets again. For a second time, they got lucky. Within seconds before the tanks emptied completely, the ship sailed into the correct orbit to make it to Jupiter. The tanks, nearly empty, dropped away.

The ultimate interstellar journey had begun.

Nathalia Holt is a science writer and author of Rise of the Rocket Girls: The Women Who Propelled Us from Missiles to the Moon to Mars and Cured: The People who Defeated HIV. Her writing has appeared in the New York Times, the Los Angeles Times, The Atlantic, Slate, Popular Science, and Time. She lives in Boston.