With 'Star Trek' and Pluto stamps, its time to start mailing things again 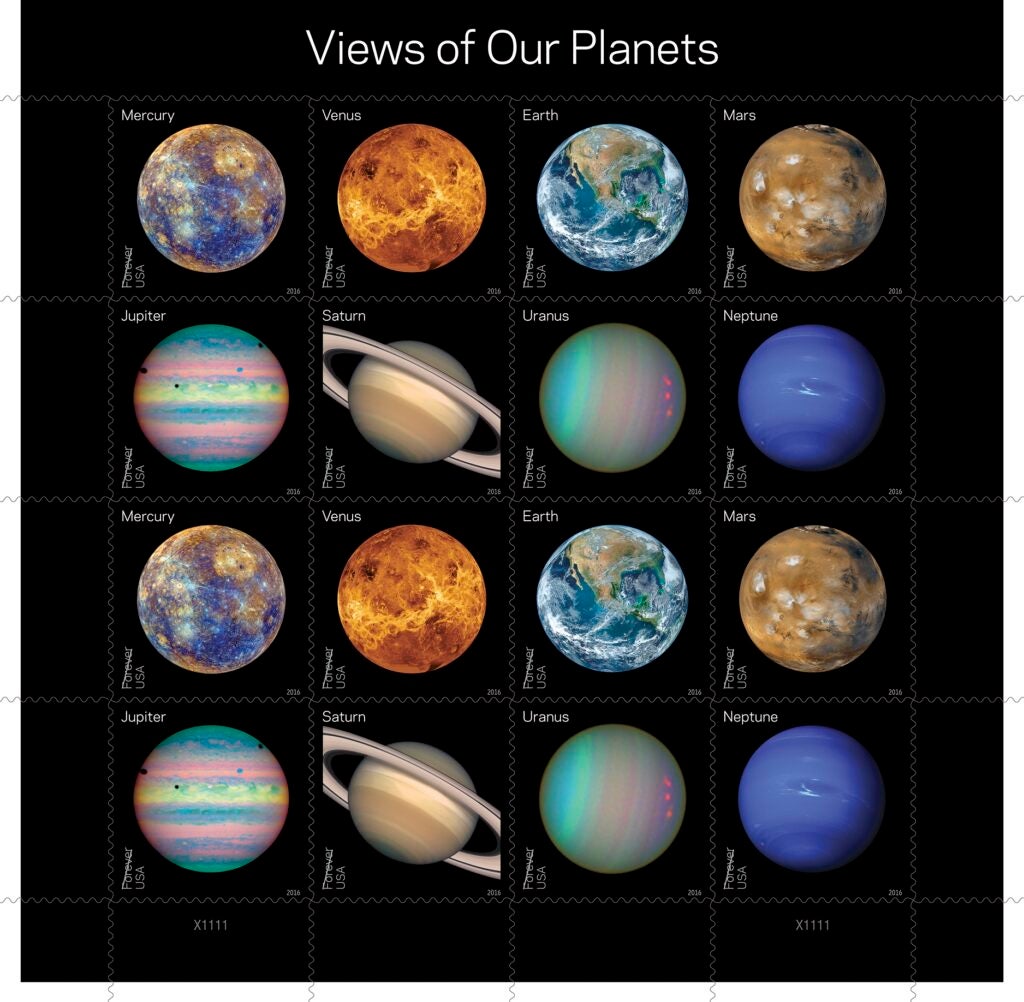 Views Of Our Planets

The U.S. Postal Service unveiled some of the new stamps we’ll see in 2016, and several came from outer space. Or rather, the images that appear on them did.

One series includes the planets of the solar system, shown in a variety of different wavelength spectrums (above). Notably absent from that collection is Pluto, everyone’s favorite dwarf planet. But that’s ok–Pluto is getting the star treatment with its own stamp as well as one for New Horizons, the spacecraft that visited the icy dwarf planet in July. 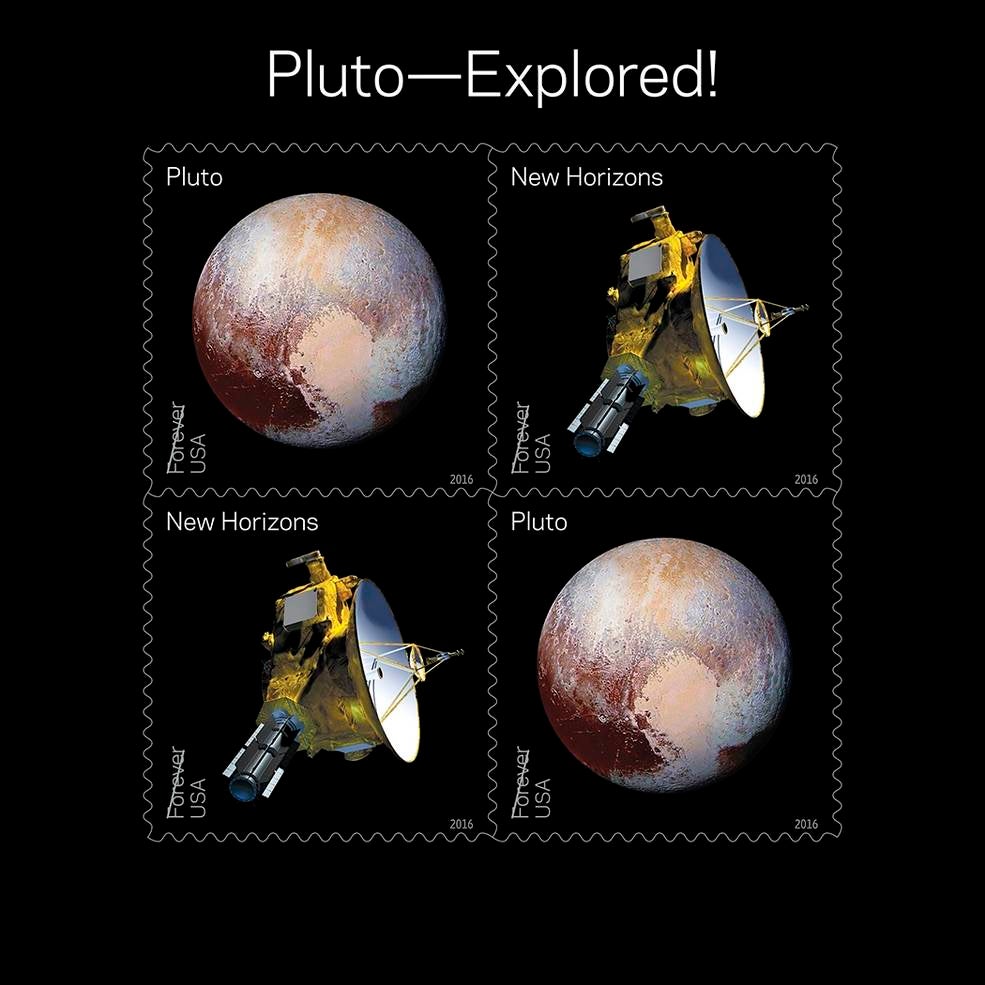 This isn’t Pluto’s first time going postal. However, thanks to New Horizons’ July 14 flyby of Pluto, a 1991, 29-cent stamp that says “Pluto: Not yet explored” is no longer relevant.

A moon stamp is another beautiful addition to the collection: 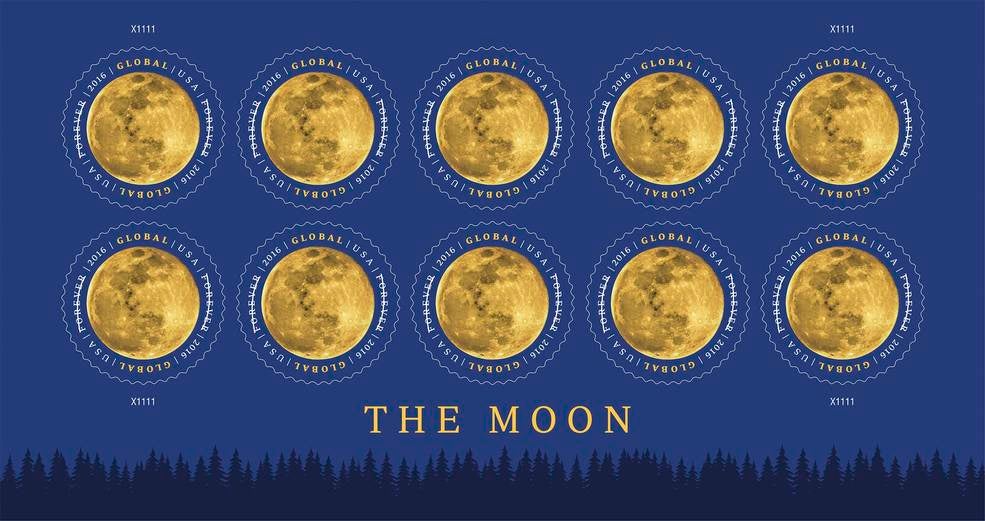 And, oh yeah, and did we mention these gorgeous new Star Trek stamps commemorating the show’s 50th anniversary? Yeah, we thought you might like those. 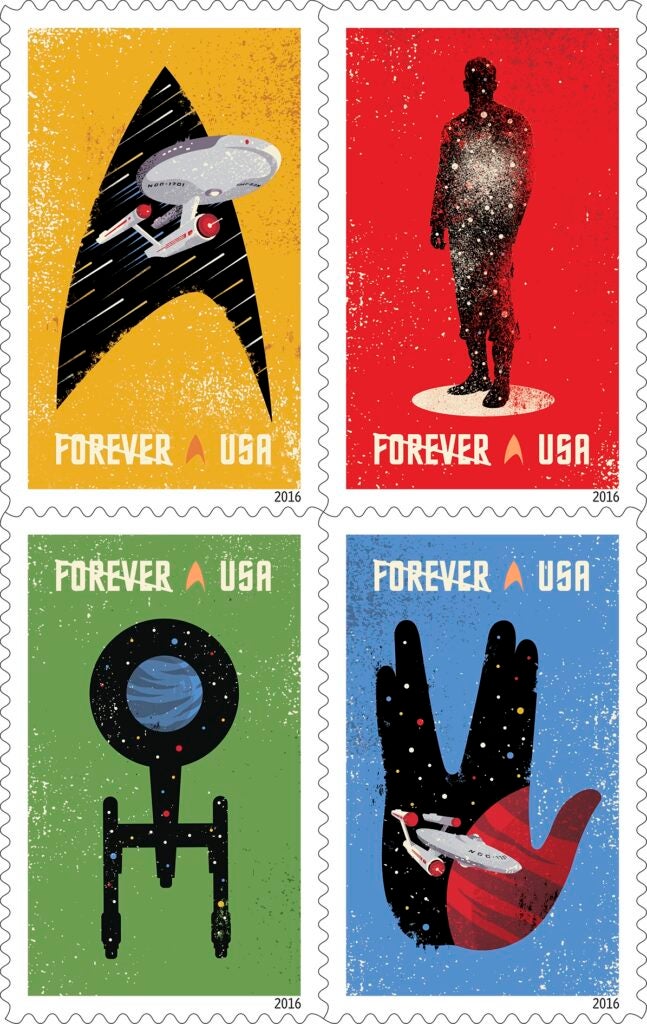 Now the only problem will be trying to decide which one to use. We’re gonna need more pen pals.