SpaceX Launch Delayed To Boost The Chances Of Landing Afterward 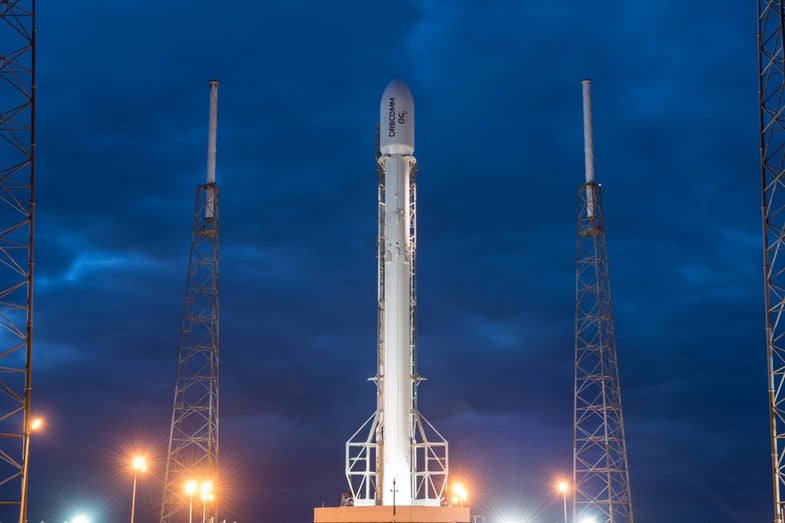 An explosion in June has kept the Falcon 9 rocket grounded for months, and now it seems we’ll have to wait at least one more day for the company’s return to flight. Instead of launching the Falcon 9 and 11 satellites into orbit on Sunday evening as planned, SpaceX CEO Elon Musk decided to delay since the chances of landing the rocket are slightly greater on Monday evening.

SpaceX’s goal is to usher in an era of reusable rockets. The logic: We don’t throw away airplanes after we travel across the country, so why make one-time use rockets? Reusing first-stage rocket boosters could potentially save a bundle on getting to space. But first, we have to stop dumping those rocket boosters in the ocean.

Toward that end, SpaceX has made several attempts to land their rocket on a floating platform in the ocean. They’ve come very close, but no cigar.

Blue Origin, a company run by Amazon co-founder Jeff Bezos, recently made headlines by becoming the first rocket to travel to space and come back to Earth, landing safely in a vertical position.

SpaceX versus Blue Origin is not an apples-to-apples comparison—Blue Origin’s destination is suborbital space, whereas SpaceX rockets need to travel higher and faster—but regardless, the achievement certainly ups the pressure on SpaceX to get the landing right this time.

On SpaceX’s launchpad at Cape Canaveral, an upgraded Falcon 9 rocket stands at attention. The Falcon 9 version 1.2 will have increased thrust and a few other modifications that could help smooth out the landing process.

Tune in here for the launch, scheduled for 8:33pm Eastern on Monday night.