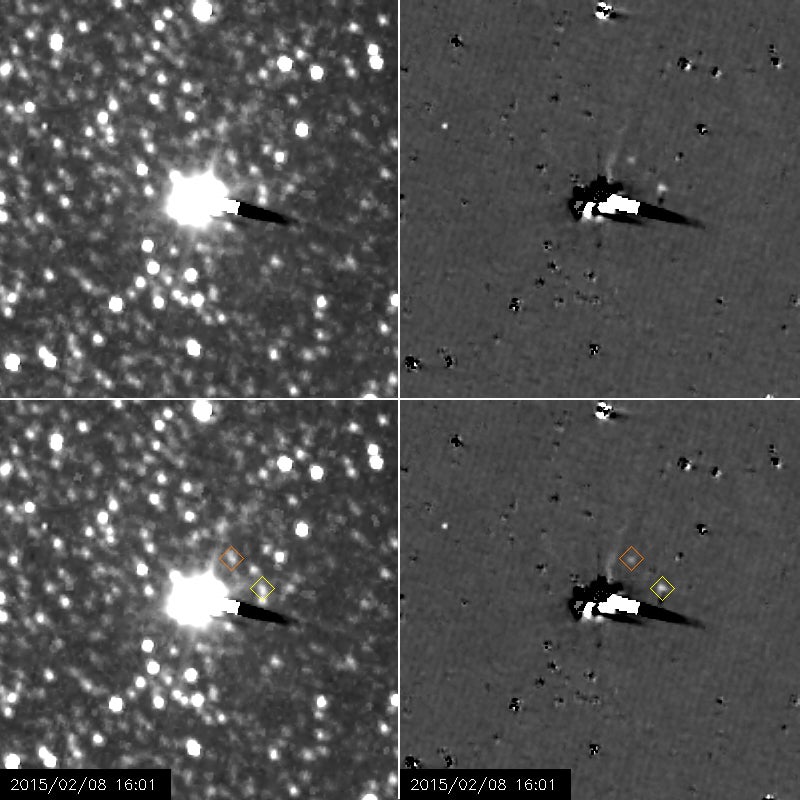 Earlier this month, NASA’s New Horizons spacecraft captured the best-ever photos of Pluto and its largest moon Charon. Now, exactly 85 years after the discovery of the dwarf planet, NASA announced the mission got close enough to spy two more of Pluto’s moons: Nix and Hydra.

Scientists discovered the moons in 2005 using the Hubble Telescope, but New Horizons’ view is the best we’ve seen thus far. That leaves only two smaller known moons for the mission to find, and NASA says they should become more visible in the coming months.

New Horizon’s Long-Range Reconnaissance Imager, or LORRI, captured these images from Jan. 27 to Feb. 8, and set it up as a cool seven-frame video (below).

The new images are the first in a series that will continue through early March and help planetary scientists understand the moons’ orbits. They’ll also help determine how big Nix and Hydra are–more to come on that in July, when the New Horizons flies by Pluto.

Like the earlier release of the images taken of Pluto timed to the birthday of Clyde Tombaugh, who discovered the dwarf planet, the images of the two smaller moons came out on Feb. 18, 2015–exactly 85 years to the day from Pluto’s original discovery.

Popular Science is posting the latest New Horizons and Pluto news throughout the mission. Follow our complete coverage at popsci.com/pluto.