You wouldn't put out a call for plumbers to redo your bathrooms, and only pay one of them, would you? 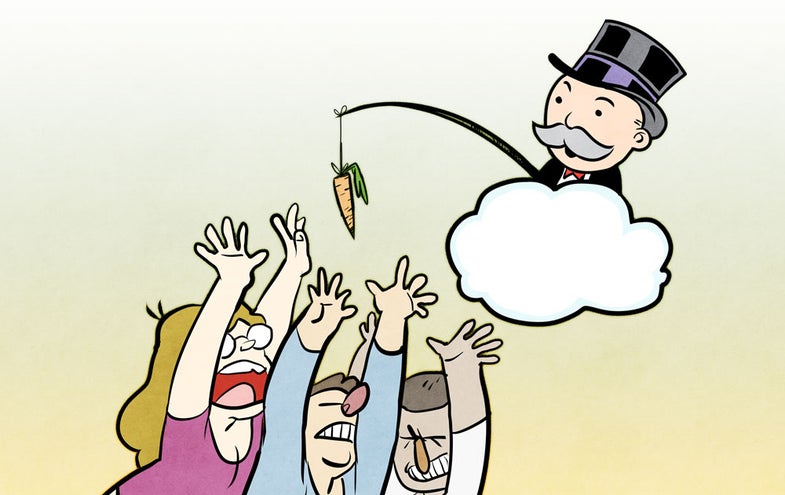 [Update 1/7/2016] The MIT Museum has responded on their site. I’ve gone ahead and pasted it below:

It’s a standard response. Mainly trying to convince people that they’re doing artists such a huge favor by displaying the work. They throw in the usual “everybody loves contests!” defense, as well as explaining that they are appealing to “amateur” or “hobby” artists. This is just as bad as their original message. Students and amateur artists, like many creatives, have been taught their whole lives that one can’t make a living off creative work. Now they have had this notion reinforced.

That’s not to say there isn’t a silver lining. The Museum has updated their terms as such:

This is important, and I give credit to the museum for making this change. People often ask, “Are all contests bad?” and the answer depends on who is benefiting more. During the contest, the MIT Museum seeks to gain a lot of artwork, with the purpose of using in the promotion of their centennial celebration. In the previous version of their fine print (you can see a screen shot of it below) they had the ability to make and sell posters and t-shirts of the winner’s art, without any guarantee of royalties. Not only that, but their previous terms technically allowed them to make merchandise using any of the art submitted.

The Museum’s updated terms make it clear that the artwork will only be displayed in reproduction and used in promotion of the centennial. In addition, they removed the ability to use any entrant’s artwork, replacing it with a line that reads, “With permission from the artist, other images might be selected for exhibition elsewhere in the Museum.” These are both great steps, and at least now, the scales are tipped in the contest entrant’s favor.

In a perfect world, they wouldn’t have held the contest, but I appreciate the Museum listening to the concerns of the creative community and trying to meet halfway on the issue. Kudos.

[Original article appears below] As you may know, I’m a big supporter of giving artists a fair shot at a living wage. After all, I too, would enjoy a living wage from my work. So imagine my dismay when I learned that the MIT Museum is holding a contest, calling on artists to create an image that “show MIT’s relationship with its community and the world and provoke questions about MIT’s future.”

One of the obstacles creatives face in obtaining a living wage is creative contests. Also known as spec work. Nospec.com defines spec work as “any kind of creative work, either partial or completed, submitted by designers to prospective clients before designers secure both their work and equitable fees.” Instead of paying somebody for a service, spec work commissions a slew of works and then pays the “winner”. If you want to learn more, I drew a comic about it. Creative contests are bad, folks.

The Museum continues, “One image may be selected for inclusion in the exhibition and an award of $500*. Other images may be selected for exhibition elsewhere in the Museum.” In other words, the rest of you get exposure, or something. Furthermore, if you read the fine print, you’ll find that just by entering the contest you allow the museum to do anything it wants with your work, whether you win or not. You can view the contest page here.

Not only that, if you read the fine print (please do), you’ll see that all entrants sign away partial rights to their work—whether they win or not.

There’s no shortage of irony in MIT wishing to showcase it’s relationship with its community by collectively shortchanging its artists. We all know contests sound fun and seem like a good way to bring everybody together, but what you’re asking for is free work. Holding creative contests not only does a disservice to creatives, but also to the organization putting on the contest. Spec work is a cheap, lazy solution to relatively straightforward problem. Find an artist! Pay them! Don’t make a hundred artists scramble for the chance to earn a wage. You wouldn’t do this for any other profession. Heck, you wouldn’t even ask people for a favor in this manner.

So just don’t do it.

What Happens When You Ask a Cartoonist For Free Work >>

Thanks to Michele Banks for bringing this to my attention.