B.o.B vs the world (literally) 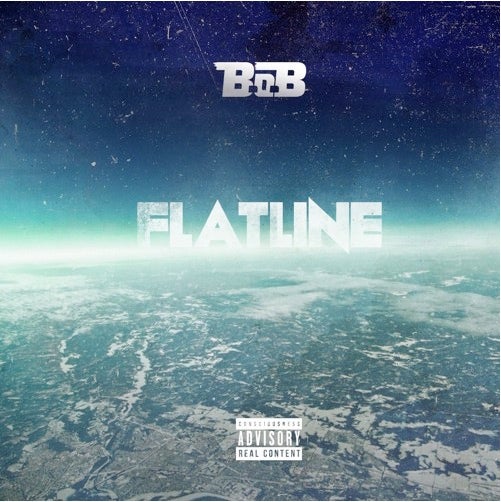 How about dressing up as one of the most unlikely couples in science: Neil Degrasse Tyson and a flat Earth, inspired by the beef between Tyson and rapper B.o.B. earlier this year. Throw on a fake mustache and a smug smile, have your friend dress as a flat version of our planet, and have fun explaining the costume to everyone. B.o.B on Soundcloud
SHARE

It’s one of the most basic scientific facts most people learn as children: the Earth is round. Yet that frequently proven fact of physical reality has become the subject of a strange new multimedia feud between rapper B.o.B and popular astrophysicist and TV show host Neil deGrasse Tyson. (One of whom graced the cover of Popular Science last year. Guess who?)

This odd feud has now culminated in B.o.B. releasing an explicit “diss track” against Dr. Tyson on SoundCloud, which is full of demonstrably false conspiracy theories, anti-Semitism, and references to holocaust deniers. For those who thought Drake and Meek Mill’s beef wasn’t enough…

But let’s back up to where this all began: earlier this week, Bobby Ray Simmons—better known by his rapper name B.o.B—the Atlanta native took to Twitter to begin parroting the completely incorrect and long-ago disproven theory that the Earth is actually flat.

B.o.B’s opinion garnered a lot of attention, including a response from astrophysicist and PopSci cover-man Neil deGrasse Tyson. For those who are misled by B.o.B, Dr. Tyson has this to say:

So, as rappers are wont to do, B.o.B released a “diss track” in response. It’s called “Flatline,” because of course it is.

On one hand B.o.B. is perpetuating ignorance, which isn’t great for those who care about scientific literacy. However, the strange feud he’s ignited does provide us with a good opportunity to use rap music to educate people about science, instead of the recurrent coastal rivalries and petty jabs about ghostwriters.

Yet as much as B.o.B. might protest, the idea that the Earth is round isn’t exactly up for debate.

How We Know the Earth Is Round

For starters, the device you’re reading this article on probably has G.P.S., which refers to the global positioning system of satellites that orbit the Earth. These satellites were only able to be launched, orbit the planet, and provide accurate location awareness to us on the ground based on mathematical calculations of a round Earth. This is true of all artificial satellites going back to the very first one, Sputnik, back in 1957.

Indeed, many of the most important electronic devices you use throughout your life on a daily basis — smartphones, TVs, cars, computers — are affected by the curvature of the Earth when sending and receiving any kind of radio or wireless transmissions. This is what’s known in radio engineering terms as “line of sight propagation.”

And yet, for a large portion of human history, B.o.B.’s notions of a Flat Earth were indeed the mainstream prevailing wisdom. The idea of a round earth was first calculated by Greek philosophers, namely Eratosthenes, and was further confirmed in the 15th and 16th centuries, by explorers and consquisdators sailing West to the Americas from Europe, and not falling off the edge of a flat Earth.

We have further proof: from having gone to freaking space and seeing ourselves. The vast number of photos of the Earth from space clearly show what shape our planet takes. Further clues to the Earth’s shape can be garnered from literally anyone who’s flown from Japan to California.

It’s also important to note that the only reason travel by airplane is made possible anywhere on Earth is because all airplanes everywhere around the world use standardized systems for managing routes across a spherical, aka not flat, planet. This is especially important for transcontinental flights (and why many flights over long distances look like they curve unnecessarily North or South when you see them on a map of your route).

A Well-Rounded Response From Dr. Tyson

In his Twitter response, Dr. Tyson explains the reason we can still see New York City’s skyline despite it being more than 150 feet away. The height of the empire state’s skyscrapers more than make up for the distance involved. Furthermore in his North Star tweet, the scientist calls out the southern rapper for having never traveled to Earth’s Southern Hemisphere. A flat Earth would presumably allow for the star to be visible in areas lower than the equator —if we could even give our “flat planet” an equator.

Lines referencing an “always-rising horizon” and “superior bloodlines” or even an album art depicting a flat earth that conveniently crops out the rest of the picture makes B.o.B’s “Flatline” all the more obviously ignorant and sad. That said, the ATL-ien includes an interesting sound byte from Neil deGrasse Tyson’s speech made from the 92nd Street Y regarding the fact that the Earth isn’t a perfect sphere, but has some slight deformation due to gravity, orbital mechanics, and its formation.

We will concede, however, that B.o.B’s song benefits from a tight instrumental. And it’s nice to know that the Flat Earthers finally have their own anthem. Perhaps many years down the road we’ll look back at this moment and realize just how funny a joke “Flatline” was. But overall, B.o.B’s track firing shots at Dr. Tyson and our round Earth fall flat.

Update: “Bobby Ray is thinking flat is fact.” A Neil deGrasse Tyson response track has emerged from the interwebz, thanks to Steve Tyson. The astrophysicist’s nephew has him covered in this freestyle over “Back To Back” — the song that decided the beef between Drake and Meek Mill. Check it out below.