How a ‘Farm Boy’ Found Pluto 85 Years Ago 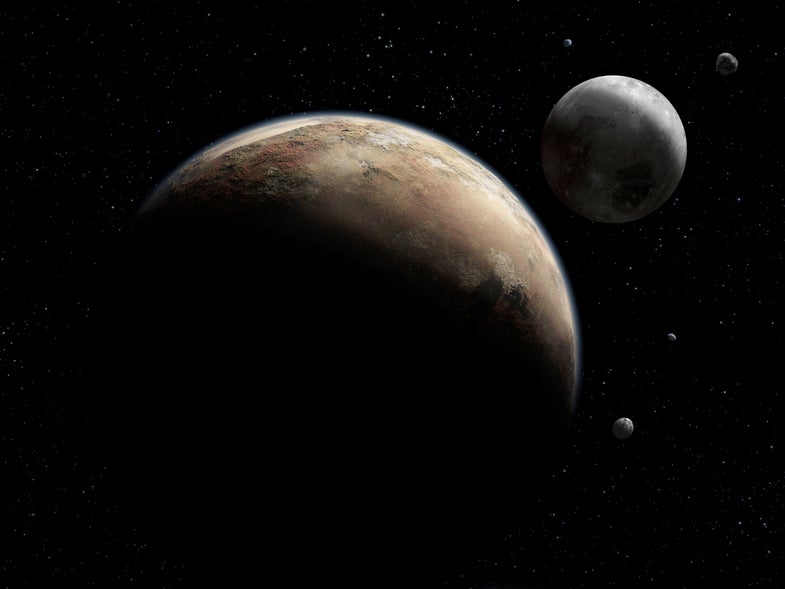 In the June 1930 issue of Popular Science, we wrote about what was the most important finding in astronomy in nearly a hundred years: “a frigid little world, bathed in the dim light of perpetual dusk.” This frozen planet at the edge of our solar system would later be known as Pluto, which will finally get its close-up when the New Horizons spacecraft flies by it on Tuesday, July 14.

But well before New Horizons was even the glimmer of an idea, a 19-year-old “farm boy” from Kansas named Clyde Tombaugh discovered Pluto on February 19, 1930. Tombaugh was a new hire at the Lowell Observatory at Flagstaff, Arizona. One of his jobs was to sit at a “blink microscope” and examine thousands of fourteen-by-seventeen-inch photographic plates of the sky. The instrument overlays two images taken of the same portion of the sky so that they can be flipped back and forth to see what objects are fixed, such as stars, and what objects are moving, such as comets or planets. Although Tombaugh was the first to spot the planet as a flash of light on a slide, it was Percival Lowell, founder of the observatory, who predicted its existence 15 years prior. 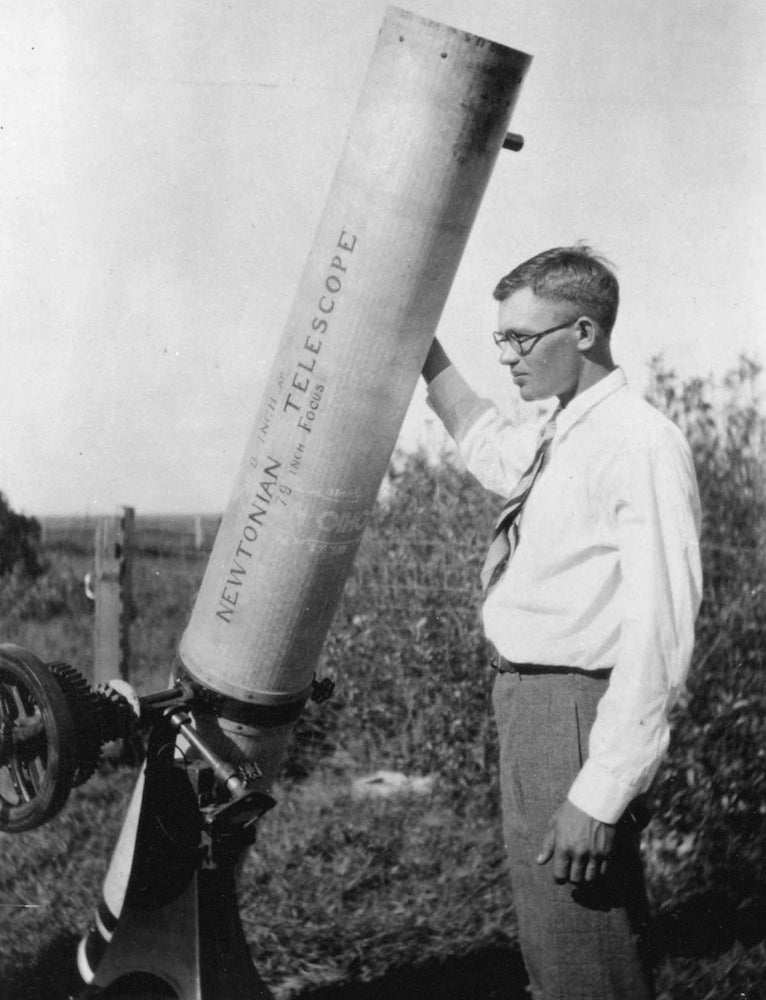 When astronomers found that Uranus didn’t follow an 84-year orbit around the sun as they had predicted, as if it was “pulled by some invisible hand,” they hypothesized that the “invisible hand” must be the gravitational pull of another planet. That planet was later discovered to be Neptune. However, the discovery of Neptune couldn’t account for all of Uranus’ anomalies. In 1902, Lowell declared that there must be another planet beyond Neptune, and in 1915 he published his research, which stated that the planet causing Uranus’ irregularities must be located in one of two positions in the sky.

With the invention of the most powerful photographic telescope of its time in 1929, and a little luck from a “farm boy,” the “Lowell planet” was finally found 14 years after Lowell’s death. The planet’s brightness is so faint that it is the equivalent of trying to see a candle’s light at a distance of 430 miles. With billions of stars in the sky that are brighter than the little dwarf planet, it’s easy to see why it had been so difficult to spot prior to Lowell’s calculations. Percival Lowell, founder of the Lowell Observatory in Flagstaff, Arizona.

After the announcement was made all of the earth’s observatories turned their telescopes to where the potential new planet was located in the constellation Gemini. The Brera Observatory in Milan, Italy took two of the best photographs. Astronomers found that because of the planet’s faintness it must be a solid, rather than a gaseous planet. Also, because of its distance from the sun its atmosphere could only be made out of hydrogen and helium gasses because all other gasses would liquefy and freeze.

Although astronomers were ecstatic, the discovery upset dictionary-makers and book publishers who had felt safe in listing the names of the first eight planets as the definitive amount of planets in the solar system.

The next order of business was to give it a name.

“One suggestion was to name the new planet after its prophet, Dr. Lowell. But astronomers believe, from past experience, that only the names of mythological deities, such as those that other planets bear, will stick,” Popular Science wrote at the time. “Some suggestions so far recorded are Atlas, Prometheus, and Pluto.”

And today, as New Horizons whizzes past Pluto carrying the ashes of the dwarf planet’s discoverer, Clyde Tombaugh, we prepare to get our closest view yet.