How Otto Winzen Took Men Into the Stratosphere

In 1783, Joseph-Michel and Jacques-Ètienne Montgolfier launched a sheep, a duck, and a rooster in the open basket of a... 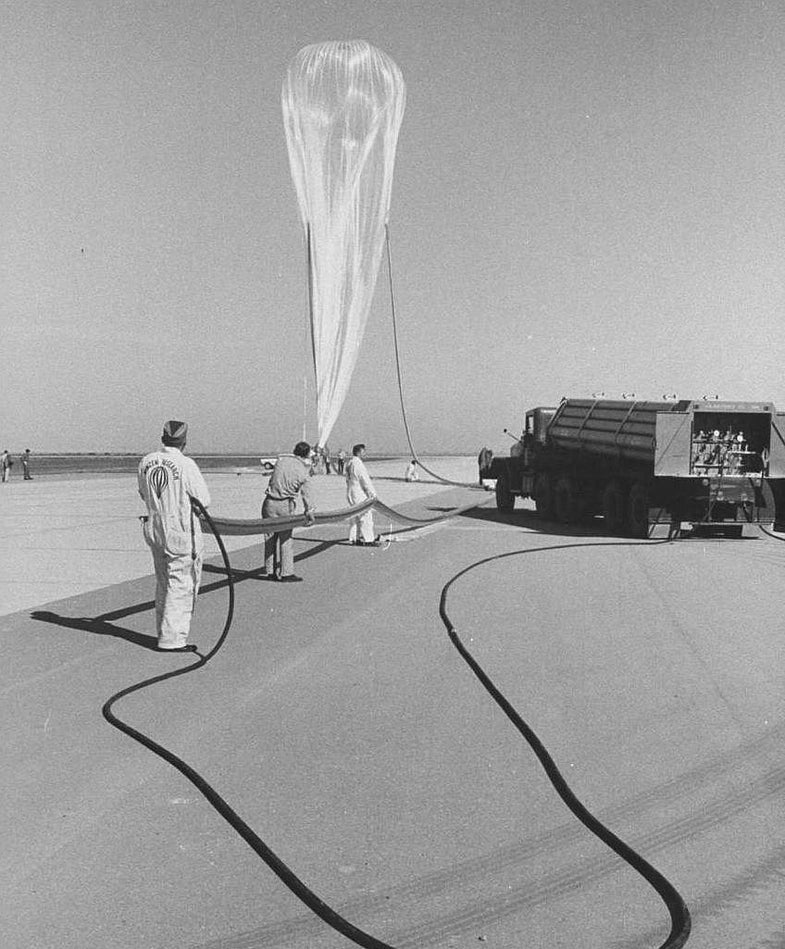 In 1783, Joseph-Michel and Jacques-Ètienne Montgolfier launched a sheep, a duck, and a rooster in the open basket of a hot air balloon over southern France. In 1957, a very different kind of balloon carried US Air Force pilot Joe Kittinger to 100,000 feet on the first Manhigh mission. The difference in balloon technology that made Kittinger’s flight possible came down, largely, to one man: Otto Winzen.

Modern ballooning’s roots can be traced to Swiss-born engineer Jean Felix Piccard. In 1913, he made his first balloon ascent with his twin brother Auguste at the age of twenty-nine. Twenty years later, he led the research team that designed the stratospheric gondola “Century of Progress” that launched as part of the Chicago World’s Fair. Ascending to almost 58,000 feet, the gondola served as a platform from which Piccard could study cosmic rays and test liquid oxygen systems.

In 1936, Piccard was recruited to join the the University of Minnesota’s aeronautical engineering department. A year later, he launched the first plastic film balloons and began experimenting with clusters, which led to the Pleiades project; 92 balloons carried Piccard to 11,000 feet in a metal gondola.

Piccard’s attempt to develop a high-altitude balloon system caught the attention of Otto Winzen. Born in Germany in 1917, Winzen immigrated to the United States in 1937. He earned his degree in Aeronautical Engineering at the University of Detroit Mercy, and after spending a fair bit of the Second World War in an internment camp he was hired by the Minnesota Tool and Manufacturing Corporation in Minneapolis in 1945 as the company’s chief engineer.

Wizen was working on developing instruments for Navy dive-bombers when Piccard reached out. The Swiss engineer was working on a stratospheric manned mission for the Navy’s Office of Naval Research and he wanted the German’s help on the project. Originally called Pleiades II, the program was renamed Helios and had the goal of lifting a manned capsule to 100,000 feet using a cluster of cellophane balloons.

Like any technology, cellophane balloons had their limitations, which prompted Wizen and Piccard to start looking for an alternative material. Saran, nylon, and Pliofilm all failed before the pair settled on polyethylene, an ultra-thin and extremely strong material developed in Britain and used to insulate submarines and radar sets during the war. The contract to build this new balloon was ultimately awarded to General Mills. Best know as a purveyor of breakfast cereals, General Mills founded an Aeronautical Research Division coincident with Helios’ inception in 1946 and successfully poached Winzen who became chief engineer. 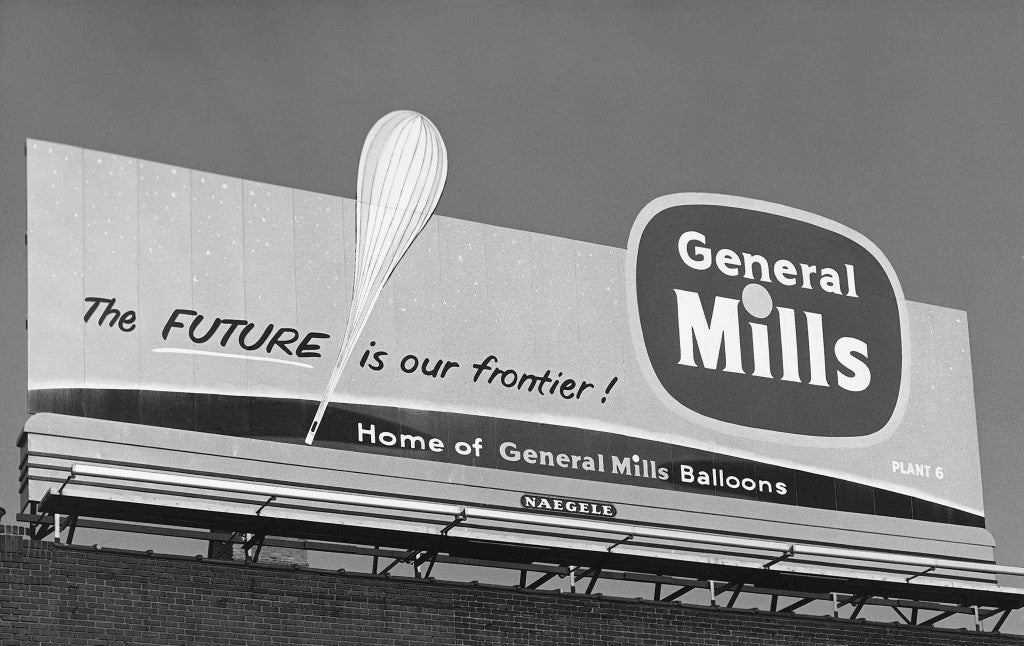 Working at General Mills, Winzen developed polyethylene balloons. The first could hold 30,000 cubic feet of gas, but that was small; his goal was to build one that could hold 200,000 cubic feet. But even with the larger balloon, Helios would need a cluster of 70 to get off the ground. The gondola grew into a 7 foot 2 inch diameter aluminum sphere with walls one-eighth of an inch thick. Made of eight segments, the internal volume of 192 cubic feet could house two men in 88 cubic feet with scientific instruments taking up 52 cubic feet and onboard equipment taking up the remaining 26 cubic feet. It was, in short, too big and too heavy.

Helios never got off the ground. By late 1947, the program had lost enough momentum to be canceled. But the work wasn’t in vain. On the strength of the program’s steps forward, the Office of Naval Research opted to continue balloon development for future programs. One called Skyhook was a classified program to use high altitude balloons to detect nuclear bomb tests in distant communist nations. Another called Stratolab was a joint program between the Office of Naval Research and the National Science Foundation to send a manned gondola to more than 75,000 feet for extended observations in the thinner upper atmosphere.

Winzen built the balloons for for Both Skyhook and Stratolab, though not on behalf of General Mills. In 1949, he left the cereal company to found his own, Winzen Research, Inc., with financial help from his wife Vera. He also took on another fruitful collaboration, this time with the US Air Force in the mid-1950s. Winzen was recruited by John Paul Stapp and David Simons to build a balloon and capsule that could carry a man to 100,000 feet and keep him there for a day. This was Project Manhigh, a program designed to test what extended exposure to the near-space environment might do to a human passenger in anticipation of spaceflight.

Winzen’s company did well throughout the 1960s, but he soon moved from Minnesota to Texas and began selling off parts of the company to his employees. Things quickly fell apart from there. Winzen had gone through a divorce and was unhappily remarried, he lost his clout in the field, and eventually fell into a deep depression. In 1976, the inventor of polyethylene balloons committed suicide.

I get into the story of Project Manhigh along with histories of Otto Winzen, John Paul Stapp, and David Simons in my book Breaking the Chains of Gravity, which is coming out in the US on January 12, 2016. You can pre-order it on Amazon!