I wonder if they read Popular Science 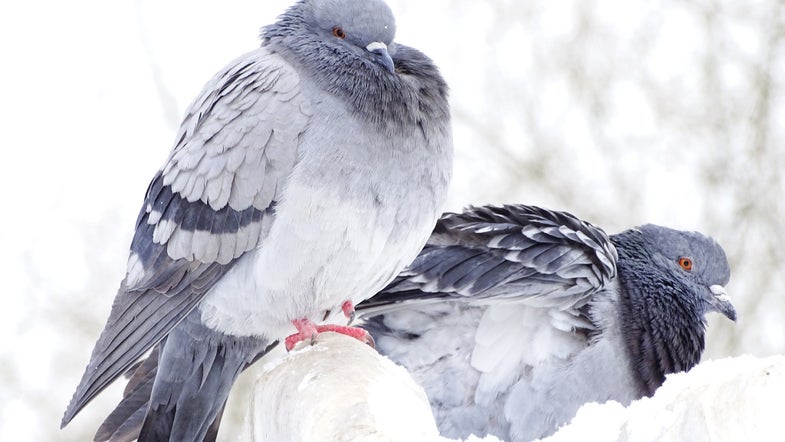 They might not always know the difference between a straw and a french fry, but pigeons can judge each other’s leadership skills. They might also be able to read the news about their fallen leaders. Well, almost. How they learn to recognize words could provide insights on the origins of language, according to a study published in PNAS.

Through gradual training, the birds moved from learning to eat from a food hopper, to recognizing shapes, to learning words. Kind of like human children?

After narrowing down to the four brightest birds out 18, over eight months of training, the advanced-class pigeons were taught to distinguish four-letter words from non-words. They were even able to tell the difference between correctly spelled words and those with transposed characters, like “very” and “vrey,” or words with different letters included to make them completely misspelled.

In these instances, “the pigeons’ performance is actually more comparable to that of literate humans than baboons’ performance,” the study authors write.

By the end of the experiment, the pigeons learned to discriminate between 26 and 58 words. Hopefully none of them include “world” or “domination.”

No matter the language or culture, reading activates the visual word form area (VWFA) of the brain. But the written word wasn’t developed until about 5,400 years ago, so it doesn’t appear that the capacity for reading is something that a species evolves.

How, then, do we read? “One intriguing possibility is that the VWFA is the product of neuronal recycling, with its neurons learning to code visual stimuli (i.e., words) that greatly differ from the visual objects it initially evolved to code,” they write. This opens up the possibility to primates, and—as this study shows—smarter-than-the-average-pigeons. Like Bernice: