There May Be Four Species Of Giraffe, Not Just One

Welcome to the family 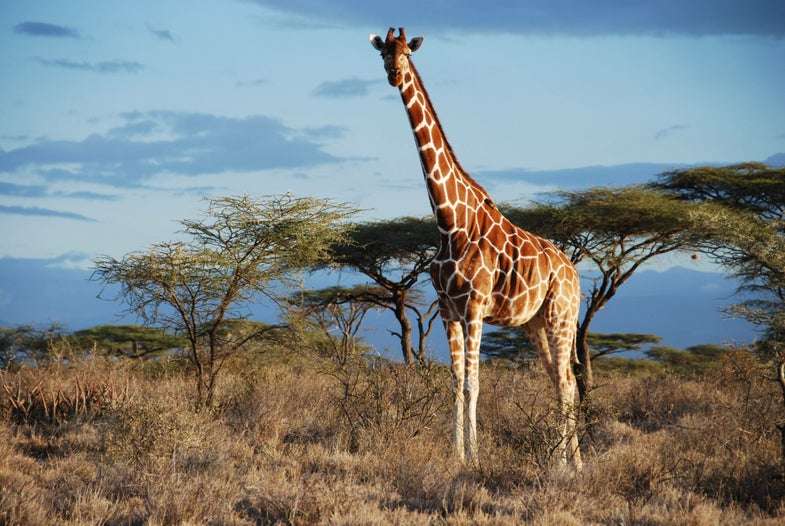 Giraffes, those gangly loners on the African savannah may not be as lonely as they appear. At least from a genetic perspective.

In a paper published today in Current Biology, researchers suggest that giraffes might not be a single species, but rather four separate species that have become genetically distinct as they’ve evolved, with no breeding between the species for around 1-2 million years.

One of the main changes for giraffes, if the species distinction sticks (other researchers have tried re-classifying giraffes genetically before into additional sub-species), is the ability to identify clear threats to some of the more threatened giraffe populations. “With now four distinct species, the conservation status of each of these can be better defined and in turn added to the IUCN Red List,” Julian Fennessy, lead author of the paper and co-founder of the Giraffe Conservation Foundation said.

The International Union for Conservation of Nature’s Red List of Threatened Species (the IUCN Red List) tracks the health of populations and species around the world. Currently it lists all giraffes as a single species with additional threat assessments for two giraffe sub-species, the Rothschild’s giraffe and the West African Giraffe, both of which are considered to be endangered. Giraffes as a whole, on the other hand, are classified as a species of “least concern.” Under the new classification, both of those sub-species would still fall under the G. camelopardalis umbrella, with the Rothschild’s giraffe folded in with the Nubian giraffe.