At least its good for something 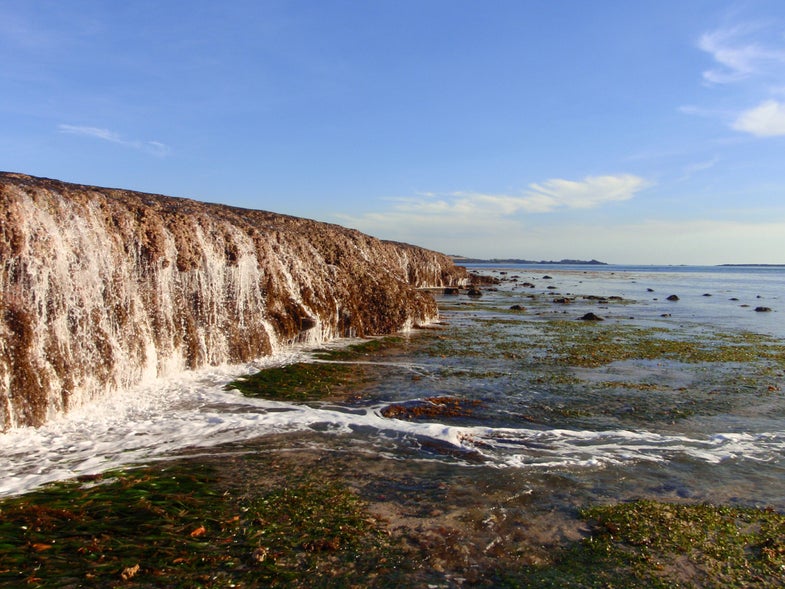 While sea level rise remains bad news for people and cities, it might be good news for at least some residents of this planet: coral reefs.

In a paper published today in Science Advances, researchers created a model to look at how the temperature of ocean waters would change near coral reefs as sea levels rise and the climate warms in the future. They found that in their model, rising waters actually cooled off the temperatures around coral reefs, subjecting them to less stress, and potentially offering them a lifeline.

The reasoning is pretty simple. As the globe warms, temperatures heat up around the world, both in the air and in the water. But there is still a temperature gradient in the water, and the deeper you go, the cooler it gets. If sea levels rise relatively quickly, the waters around current coral reefs will become deeper, leaving them in a cooler, more hospitable environment than they are in now.

Though it might seem strange to think that sea level rise might be good for anything, in the case of corals it does make sense. While coral reefs in shallower waters are struggling with warm sea temperatures that can lead to coral bleaching and massive die-offs that leave some reefs as ghost towns, their deep-water relatives are faring much better.

Off the coast of Maine, deep sea corals are thriving, and in April, a coral reef larger than Delaware was discovered near the mouth of the Amazon.

Of course, temperatures alone aren’t going to save coral reefs. Corals also rely on nutrients from other animals that are being hunted by humans, and diseases like herpes can effect their health as well. And while humans can’t control sea level rise to save the corals (and even if we could we’d probably lean more towards the side of saving the humans), researchers are exploring other ways of saving the corals, from 3D printing to sperm banks.