This Battery-Free Generator Is Made From Fish Scales 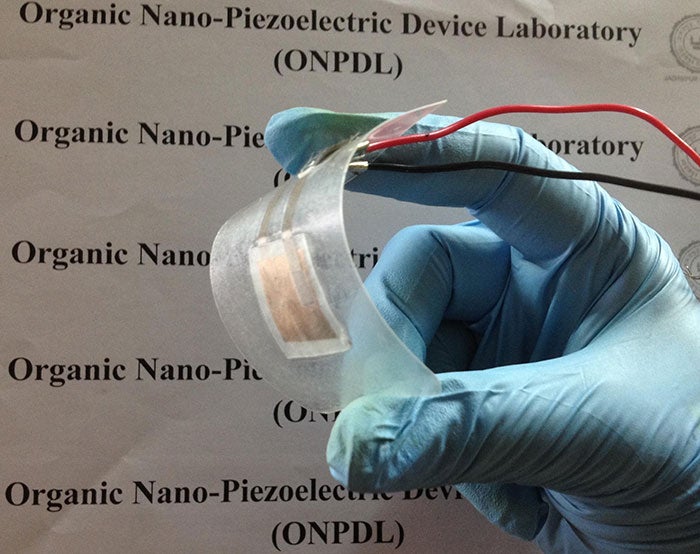 Physicists in India have created a battery-free generator out of fish scales. The clear, flexible generator can harvest the energy from small movements such as body motions, sound vibrations and wind flow, then convert it into electrical power.

The collagen in fish scales is a piezoelectric material, meaning that it generates an electric charge when put under mechanical stress. Fish scales offer a more environmentally friendly alternative to piezoelectric generators that rely on toxic elements such as lead and bismuth, coauthor Dipankar Mandal, of Jadavpur University in Kolkata, told Physics World.

Mandal and his colleague Sujoy Kumar Ghosh collected carp scales from a fish processing market, then attached gold electrodes and laminated them. With gentle hand slaps, the researchers used four of their generators to turn on 77 green and blue LEDs.