Undoing hundreds of years of work by hungry monks 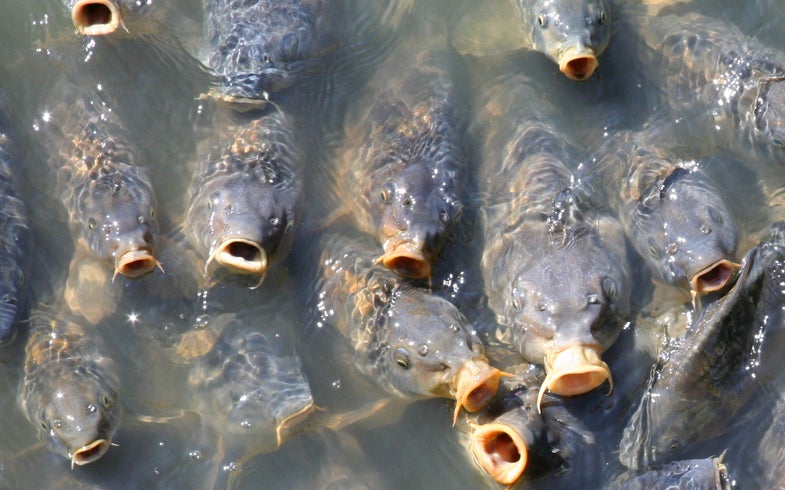 The dense protective layer of scales covering the body of the common carp makes the fish a pain to eat. But centuries ago, clever European monks managed to breed this quality out, creating a cultivated variety with few to no scales. They called it the mirror carp due to its smooth sides. In 1912, mirror carp were brought to Madagascar for fish farming. With no native carp varieties to compete with, the mirror carp spread, living in the wild across the island.

Then a strange thing began to happen. The mirror carp began growing scales again. According to a paper published in Proceedings of the Royal Society B, it took just forty generations for the carp to re-evolve — or devolve — their scales. The pressures of natural selection, the authors write, allowed the so called “wild type” trait of scales to return to the species. Research findings came by way of analyzing both the DNA and scales of about 700 captured carp specimens.

Scales are like armor, providing protection from parasites and predators. Carp with more scales probably survived at a higher rate, causing the rapid evolution of the beneficial trait. Interestingly, the researchers found that the now scaled fish still carried the original scale-free mutation. This suggests that this time around, the re-scaling involved different genes.