Dinosaurs May Have Cooed, Not Roared 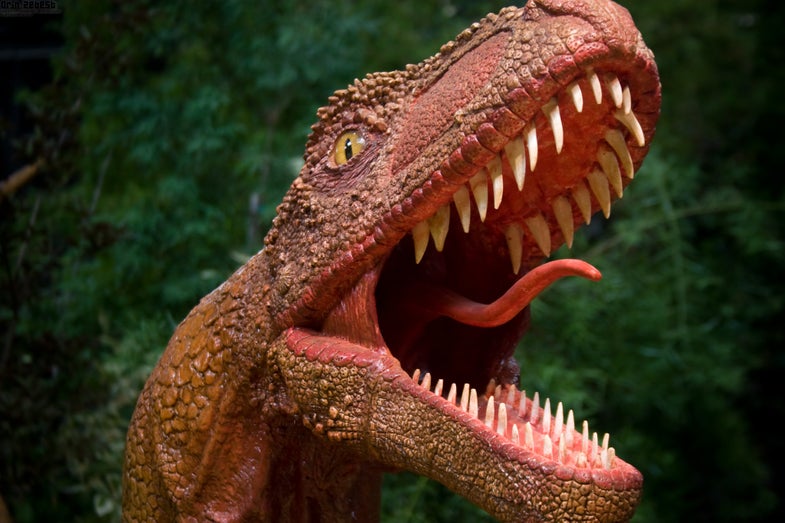 Contrary to the big, scary roars that we see at the movies, dinosaurs, even the large ones, might not have roared at all.

Just as we now know that dinosaurs had feathers and potentially had mating rituals similar to modern birds, it’s very possible that dinosaurs sounded more like birds than we’d like to think.

In a paper published in Evolution researchers raise the possibility that the sounds some birds make (coos, booms, and hoots) might have their roots in the vocalizations of their ancestors: dinosaurs.

“To make any kind of sense of what nonavian dinosaurs sounded like, we need to understand how living birds vocalize,” co-author of the paper Julia Clarke said. “This makes for a very different Jurassic world. Not only were dinosaurs feathered, but they may have had bulging necks and made booming, closed-mouth sounds.”

A closed-mouth sound is one that some birds make while keeping their beaks shut, instead producing noises in their throat. In a press release the authors note that the sound is much lower pitch than other open mouth vocalizations, like a songbird’s tune. Instead, they say, it might have more in common with an ostrich.

This is just one possibility in the wide world of dinosaur sounds. The one thing that everyone can agree on is that without the help of a time machine, we’re never going to know whether dinosaurs sounded more like birds or snakes, or crocodiles. We can make educated guesses but the fact is that most sounds are made with soft parts of an animal’s body; the tongue, the throat, the lungs, and, unlike bones, those just don’t survive for millions of years.

In the past, researchers have looked at the size of lungs and the shape of the neck to try to determine the volume of whatever sounds dinosaurs might make. Even if they can’t definitively tell what kind of sounds they were making, it’s likely that a large dinosaur, with large lungs would be able to make louder noises than a smaller dinosaur with smaller lungs.