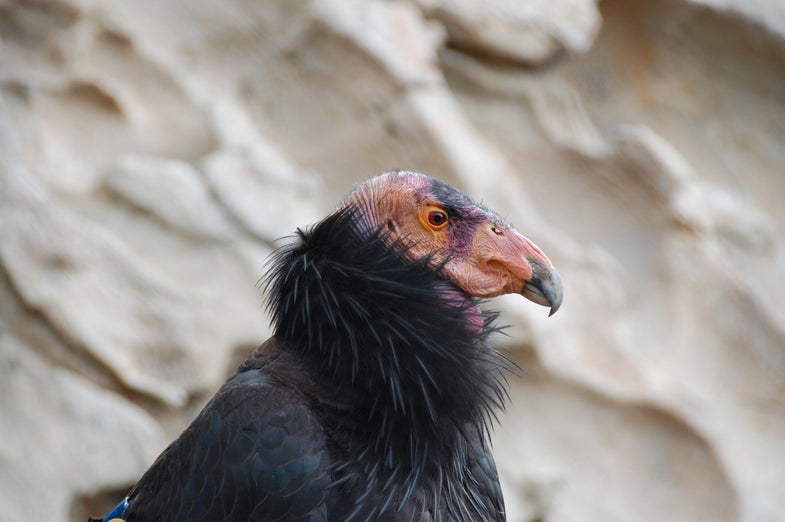 The California Condor is the quintessential underdog success story. In the late 1980s, habitat loss and poisoning reduced the population to just 22 individuals, all of whom lived in captivity. But thanks to a robust conservation effort, there are now more than 400 worldwide, both in the wild and in captivity.

But just because they’ve recovered quickly doesn’t mean the population is no longer vulnerable. Now that many California Condors have been reintroduced to the wild, they are facing some severe dietary challenges.

In a paper published today in Environmental Science and Technology, researchers found that one of the California Condor’s favorite food sources, the dead carcasses of marine mammals, might actually be hurting them.

“Even though marine mammals are a potentially abundant food source for condors, they might not be that safe to eat,” said Carolyn Kurle, lead author of the study.

Marine mammals like seals, sea lions, and others are often at or near the top of their food chain. That means chemicals like mercury, pesticides, polychlorinated biphenyls (formerly used in electrical equipment), and polybrominated diphenyl ethers (used as a flame retardant) can build up in the bodies of marine mammals as they consume other food contaminated by those substances.

When condors then consume the dead marine mammals, they ingest all those pollutants, and even a metabolized form of DDT called DDE that remains in the environment decades after being banned as a pesticide. DDT can cause eggshells of birds like the condor to thin, leaving them vulnerable and likely to perish. These contaminants are a “potential threat to the ongoing recovery of California condors,” said Kurle.

The research reveals a potential stumbling block for the relatively recently released condors. It’s unclear what, if anything can be done to ensure the safety of a condor’s diet, but knowing that there is a problem is the first step towards addressing it.