What Happens If the Curiosity Rover Finds Life on Mars? 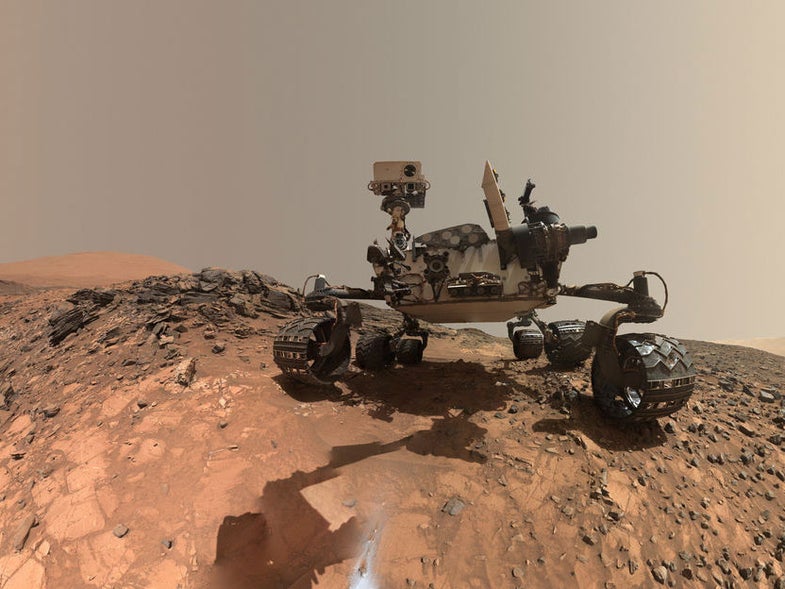 After NASA’s announcement in late September that Mars has flowing water, many wondered when the Curiosity rover would start live-tweeting pics of the recurring slope lineae where NASA believes this water seasonally appears.

Well, it turns out Curiosity can’t go anywhere near the planet’s narrow streaks, for fear of contaminating it with Earth organisms—and that’s the same problem that NASA continues to wrestle with as it investigates the potential for life on Mars.

So if NASA’s water announcement has you pondering, “what happens if we find life on Mars?” you’re one giant leap ahead of yourself. You should be thinking “what do we have to do before we start looking?”

Catharine Conley, NASA Planetary Protection Officer, explains the conundrum: “We’re trying to look for life on Mars, so we want to make sure we don’t confuse ourselves by introducing Earth life, and then not be able to find the Mars life because there’s so much Earth contamination.”

And therein lies the rub. NASA is looking for life on the molecular level, things like “evidence of metabolism on organisms.” But Earth organisms metabolize too, and because NASA didn’t bake Curiosity before it embarked for Mars, the rover might double as an Earth organism carrier.

“Before NASA sent the Viking spacecraft to Mars, there was a recognition that Mars might be habitable by Earth life, and so there were a set of constraints put together which the Viking spacecraft met, in terms of sterilization,” Conley explained. These constraints included baking the Viking-1 lander at 233.1 degrees Fahrenheit for 30.23 hours to destroy all terrestrial contaminants, which is both more challenging and expensive than it sounds. 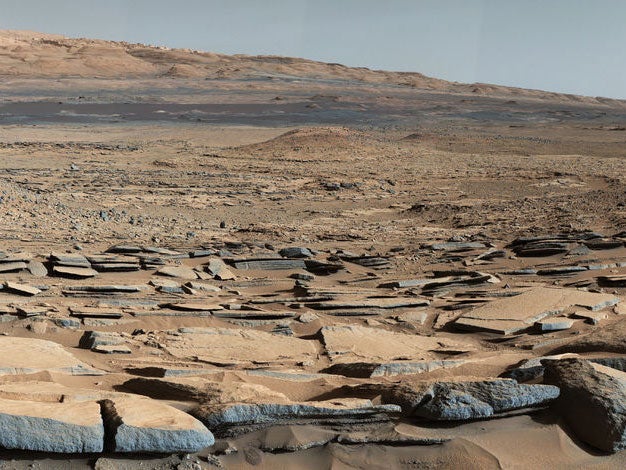 Searching for life in the great wide open.

So later spacecraft, like the Pathfinder and the Mars Exploration Rovers, weren’t thoroughly cooked before they left Earth. “We’re very actively in discussion with the Mars program at the moment, especially with Curiosity, asking: what should we do now?” According to Conley, NASA assumed the part of Mars that Curiosity planned to explore could not support Earth life, even at the molecular level—which meant it was okay to send up an unbaked rover. In Curiosity’s case, the baking process would also have damaged its sensitive electronics, giving NASA one more reason to send it up without the full sterilization process.

But now that there is evidence of flowing water and an increased understanding that Earth organisms might be able to survive on the area of Mars that includes the flowing water, NASA is working to figure out how much they can explore while still maintaining acceptable risks of Earth contamination.

“We’ve been struggling with this problem since the 1970s,” Conley said. In fact, there has been potential evidence of life on Mars since the Viking missions in 1975, but it’s been impossible to determine whether the evidence of organic material originated on Mars or we were the culprits.

It isn’t for a lack of effort, though, and NASA has certainly tried during the 40 years since Viking 1 and Viking 2. A team at the Ames Research Center in Moffett Field, California went to the Atacama Desert to replicate the Viking experiments using simulated Mars soil. The results? “It is possible that the results from the Viking mass spectrometer experiment— which were interpreted as contamination from Earth based on finding small molecules with perchlorate attached to them—it’s possible that those were actually reactions of the perchlorate in the Mars soil with bigger organics in the Mars soil.”

Read more on PopSci.com about the Mars Curiosity Rover

This means the answer to the question “if we find evidence of life on Mars, what happens next?” has technically been taking place for the past several decades. You test, and then you test again. Then you start planning your next mission, which might mean getting ready to bake a spacecraft, or finding a new way of removing as many Earth organisms as possible before searching for Mars ones.

“There is a certain risk of contamination, if we send spacecraft anywhere,” Conley told us. “We have to balance that risk with the benefit of doing the exploration.”

Let’s be clear: nobody’s proven yet whether there is life on Mars. We only have bits of evidence that suggest there might be. We also have a renewed responsibility to make sure our tools don’t inadvertently compromise the results of our experimentation. Most importantly, we have a team that is working to learn as much as they can about Mars while keeping the planet as free of Earth contamination as possible.

That’s the kind of team you want, when you’re interacting with potential extraterrestrial life.

Nicole Dieker is a freelance contributor who has written for Boing Boing, Billfold, and The Toast (among other publications).