The Force is strong with this rover 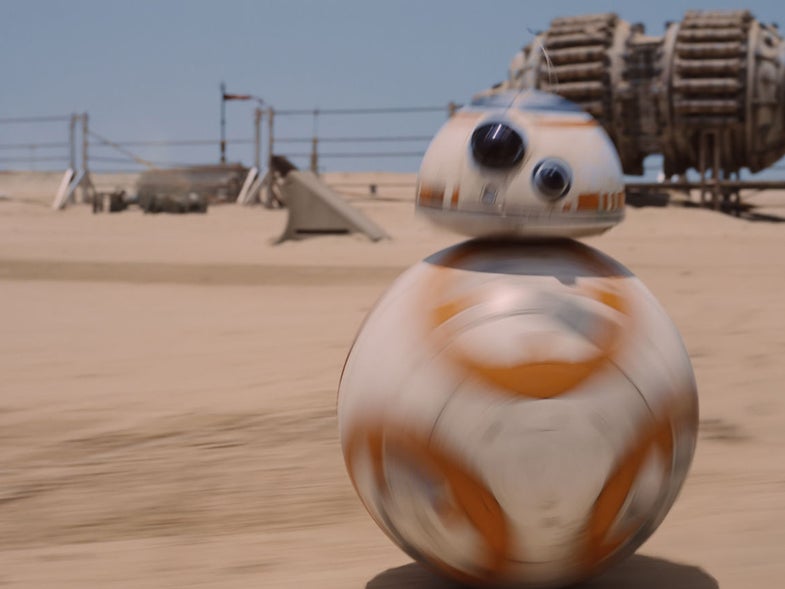 Star Wars: The Force Awakens introduced a new ball-shaped robot, BB-8, to a galaxy far, far away. Coincidentally, researchers on Earth have proposed building a Mars rover that can transform into a ball to roll across the red planet. The scientists will detail their findings in the March-April issue of the journal Acta Astronautica.

“We’ve been working on a variety of spherical rovers for several years, so it was fun to see a spherical rover in Star Wars,” says Andre Mazzoleni, an aerospace engineer at North Carolina State University, who led the project. “Everyone in our lab is a huge Star Wars fan.”

All Mars rovers currently in operation are wheeled robots. Although these can wend their way through flat and moderately rough terrain, they are not designed to handle rugged environments with steep slopes, as they face the risk of toppling over. However, the most scientifically interesting missions could demand that rovers tackle the most rugged terrain on Mars, such as highlands, craters, and volcanoes, which could shed light on how the red planet has evolved over time.

In an effort to better tackle Mars’ harsh landscape, Mazzoleni and his former doctoral student Lionel Edwin developed a new concept called the Transforming Roving–Rolling Explorer (TRREx). This six-wheeled machine can move like a traditional rover over conventional terrain and transform itself into a sphere to roll down steep inclines–a bit like how armadillos can curl up into balls when threatened.

The wheels of the TRREx are mounted on eight legs. When the rover transforms into a ball, it steers itself by uncurling any one of its legs to shift its center of mass and roll in the direction it wants to move. 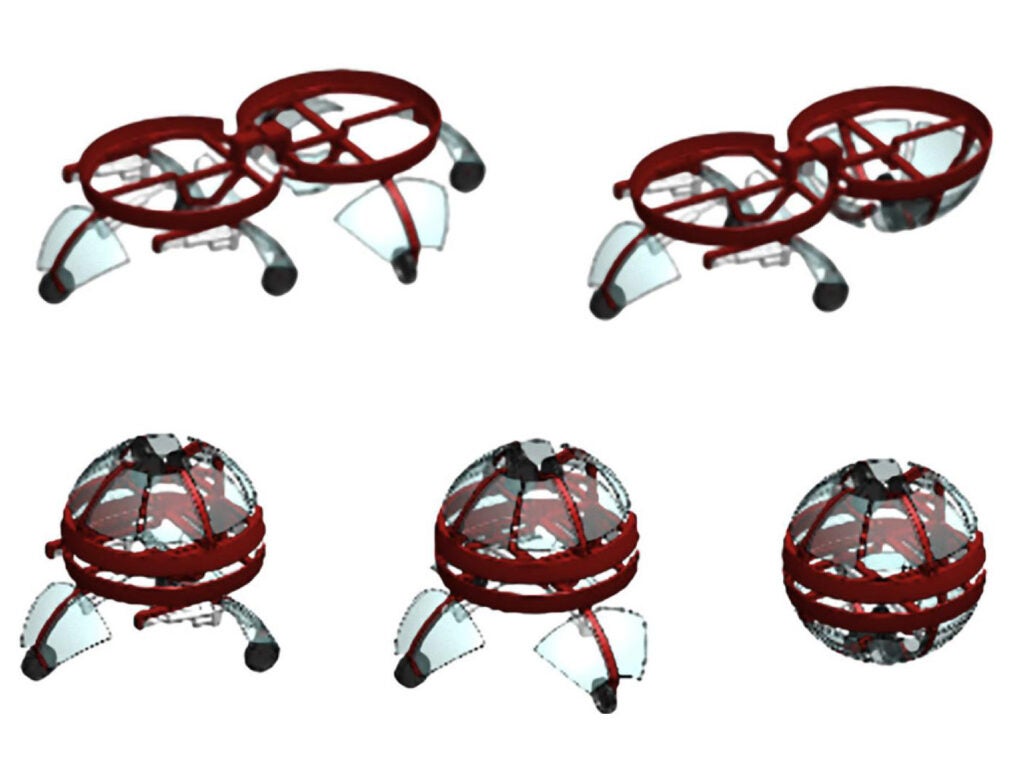 The TRREx transforming between roving and rolling modes.

Although they appear similar, TRREx and BB-8 actually move in very different ways. By sticking its limbs out, the TRREx moves by tipping over, a bit like a gymnast tumbling down a track. In contrast, BB-8 moves by spinning wheels pressed against the inside of its shell, much like a hamster in a ball.

“The primary inspiration [for TRREx] is the golden-wheel spider, which runs around on the tops of sand ridges like an ordinary desert spider until it senses danger, at which point it folds its legs to form a wheel so as to be able to roll rapidly down a hill to escape,” Mazzoleni says.

In computer simulations where TRREx was a ball about three to four feet wide and 70 to 130 pounds, the researchers found they could direct how the rover could veer left and right to avoid obstacles, and roll across flat rock or sand, down slopes, and even up inclines as steep as nine degrees, although for steeper inclines it could switch back to conventional rover mode.

“I would imagine BB-8 would struggle to climb up a moderately steep incline, but TRREx can easily navigate up a slope when in roving mode,” Mazzoleni says.

Other researchers have proposed spherical Mars rovers in the past, such as giant, lightweight, 20-foot-wide machines. Although such windblown tumbleweed-like rovers could travel great distances, they would be at the whim of the winds, unlike TRRex. “TRREx and Tumbleweed are not competitors, but rather are intended for different missions,” Mazzoleni says. “Tumbleweed rovers are intended to explore large areas, whereas TRREx rovers would be used to investigate very specific targets in areas that would be difficult to reach using traditional rovers.”

The researchers are now fabricating a 4-foot-wide prototype of TRREx out of aluminum that should weigh about 175 pounds; they hope to complete it later this spring, Mazzoleni says. Tests of the prototype will initially involve using a remote control to guide the rover down obstacle courses. After that, the scientists hope to incorporate cameras and computers into the rover so it can see and think for itself.

The researchers think the TRREx is best suited for missions that start at relatively high altitudes and have the rover go downhill over time, taking advantage of how it can roll like a ball to save fuel. Beyond Mars, Mazzoleni says, TRRex “could be used to explore any rocky planetary body, such as the moon, and could also be used on Earth in rugged terrain — for example, for search and rescue missions.”