NASA is watching closer than ever as another space rock gives Earth a close shave. Soon, we'll get even closer as a new spacecraft visits an asteroid. 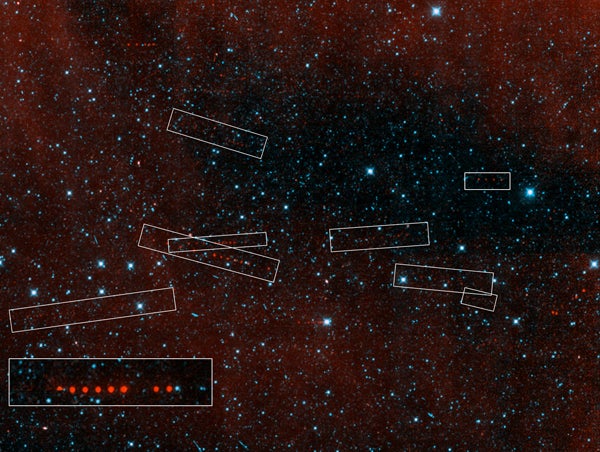 A giant space rock is hurtling toward Earth eight times faster than a speeding bullet, and it’s scheduled to buzz our geosynchronous satellites tomorrow around dinnertime. It’s the second big asteroid flyby in as many months, and the second that actually poses no harm to Earth any time in the foreseeable future. Take heart–while it’s true that NASA and international observatories don’t know about everything up there, they actually do know a lot.

New space telescopes and ground-based observatories are helping spot asteroids in ways that have only become possible in the past few years. And in many respects, asteroid 2012DA14 will help make the hunt even easier.

If 2012DA14 impacted Earth, it would excavate a crater comparable to the 4,000-foot diameter Meteor Crater near Flagstaff, Ariz. It’d pack a punch similar to the 1908 Tunguska event, when a similarly-sized object leveled 80 million trees over 800 square miles of remote Siberian forest. If it hit Central Park, cadets sitting at their desks at West Point–50 miles north–would experience such intense heat, they would feel like their clothes were on fire. But it’s not going to hit us, international astronomers say. 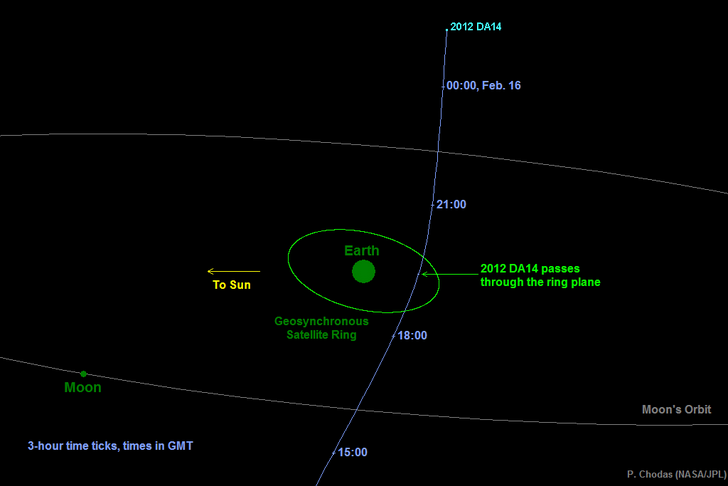 This diagram depicts the passage of asteroid 2012 DA14 through the Earth-moon system on Friday. It’ll pass much closer than the orbit of the planet’s geosynchronous satellites.

An asteroid like this one smacks into Earth probably around every 1,200 years, according to Don Yeomans, manager of the Near-Earth Object Office at NASA’s Jet Propulsion Laboratory. Ten years ago, he would have said probably every 300 to 400 years. But NASA’s understanding of the largest asteroids has increased dramatically in the last decade.

Part of this is thanks to an all-sky survey telescope that happens to be particularly adept at spotting space rocks, according to Amy Mainzer, principal investigator at the NEOWISE observatory at the Jet Propulsion Laboratory. Neowise is using the Wide-Field Infrared Survey Explorer survey telescope to study near-Earth objects.

“Our inventory of the main asteroid belt, between Mars and Jupiter, has increased drastically by a factor of 5,” Mainzer said. And NASA has spotted several near-Earth objects, cataloging a subset called PHAs for “potentially hazardous asteroids.”

A team of Spanish astronomers found 2012DA14 on Feb. 22 last year. Its small size and unknown orbit meant it was spotted only after it had flown past Earth once before, at about seven times the distance of the Moon, according to the European Space Agency. Here’s an animation from the La Sagra Sky Survey.

Friday’s flyby will be a record close approach for an object of this size. The good news is it will help astronomers refine how they can measure not only this space rock, but future ones, too. Radar can help determine which direction the asteroid is spinning, and the Very Large Array, Very Large Baseline Array and a big antenna in Goldstone, Calif., will be watching Friday night. Researchers have built specialized techniques for processing the radar data, which will translate to future observations of future visitors.

Last spring, the Neowise team ran a survey of 107 PHAs to refine predictions about the whole population. They determined there are roughly 4,700 PHAs, plus or minus 1,500, with diameters larger than 330 feet. So far, an estimated 20 to 30 percent of these objects have been found. Infrared astronomy will help find others.

Asteroids warm up as they approach the sun, and they may or may not reflect sunlight, depending on their angle toward the star and their surface composition. A bright asteroid might be easily spotted from Earth, while a dark one of the same size is practically invisible. But their thermal signatures are identical. Check out this video from NASA’s Neowise office, which superbly demonstrates this phenomenon.

“These objects are a million times fainter than anything you could see with the unaided eye,” explained Timothy Spahr, director of the Minor Planet Center at the Harvard-Smithsonian Center for Astrophysics.

Telescopes must be very capable and very sensitive to detect these objects, said Lindley Johnson, program executive for the Near-Earth Object Observations Program at NASA headquarters. “And it also takes time. You have to spend several years surveying the sky as the Earth moves through this population of objects,” he said. “Most of the time, the greater proportion of the population is going to be on the other side of the sun from us.”

The real problem is that simply spotting an asteroid does not come close to telling its entire story. To rule out a chance of a space rock hitting us, astronomers need to predict its orbit, which requires knowledge of its speed, spin, mass and other characteristics. They’ll get a close look at 2012DA14 tomorrow, watching to see how it spins, whether it experiences an asteroid-quake as it flies close to Earth, and even what it might be made of (and even what it could be worth).

There’s also the problem known as the Yarkovsky effect, a tiny but still influential nudge that happens when an asteroid is warmed by the sun and then re-radiates this heat in a different direction. To figure this out, NASA is planning an asteroid mission in 2016 to visit a potentially hazardous near-Earth space rock. The OSIRIS-REx mission will help astronomers understand how asteroids’ dances with Earth can affect their own behavior, potentially bringing them back to do us harm.

OSIRIS-REx will fly up to potentially hazardous asteroid 1999 RQ36 to study this effect, as well to study its composition and to grab a sample to bring home to Earth. It will be the largest extraterrestrial rock sample returned home since the Apollo missions, according to Edward Beshore of the University of Arizona-Tucson, deputy principal investigator for the mission. 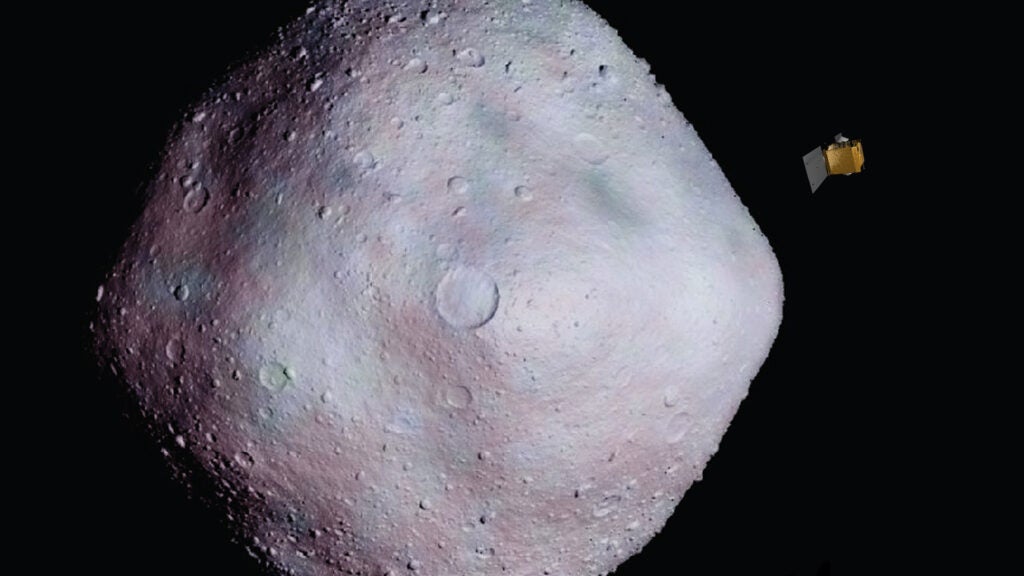 The spacecraft could also help validate theories for asteroid deflection, which would obviously be useful when astronomers do start finding even more of these objects. To do that, NASA is working with the European Space Agency and commercial partners–Johnson said they’re talking with former astronaut Ed Lu’s B612 Foundation–to build more capable asteroid hunters.

“We don’t have all the money in the world to do this kind of work, but we’re looking at the most cost-effective systems to improve our capability to detect those objects,” he said. “It’s an effort that will take another decade or two.”