Are Aliens Living On Planets Inside Black Holes?

Maybe that’s why we can’t seem to find them 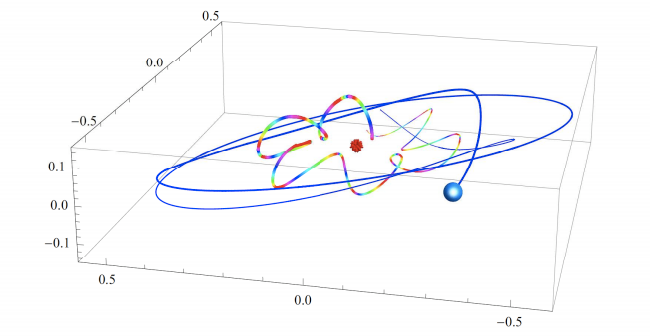 Aliens could conceivably live on planets illuminated by the swirling mass of photons orbiting the singularity of a special type of black hole, according to a new theory.

Certain black holes are charged and rotate, and they possess a region past the event horizon — the point of no return — in which the fabric of spacetime appears normal again. This is called the inner Cauchy horizon.

If a charged, rotating black hole is big enough to weaken the tidal forces that exist beyond the event horizon, objects orbiting the singularity would neither fall toward the center nor pass through to an alternate universe. This is already an accepted theory for photons, which cosmologists say can survive in stable orbits at the Cauchy horizon.

Vyacheslav I. Dokuchaev, a physicist in Russia, postulates that worlds could exist under these conditions, too. They would derive light and heat from the orbiting photons, as well as the energy at the black hole’s singularity.

Nothing on this side of the black hole would ever know they were there, so it would be a great place to hide out — you’d just need to park your planet or your spacecraft into a stable orbit inside the black hole.

Of course, any such civilization would have to contend with phenomena like tidal forces and intense energy, as Tech Review points out. Then again, others have said we’re already living in a black hole — so maybe it’s easier than it sounds.