Astronomers Use Backyard Telescopes to Discover a Super-Earth 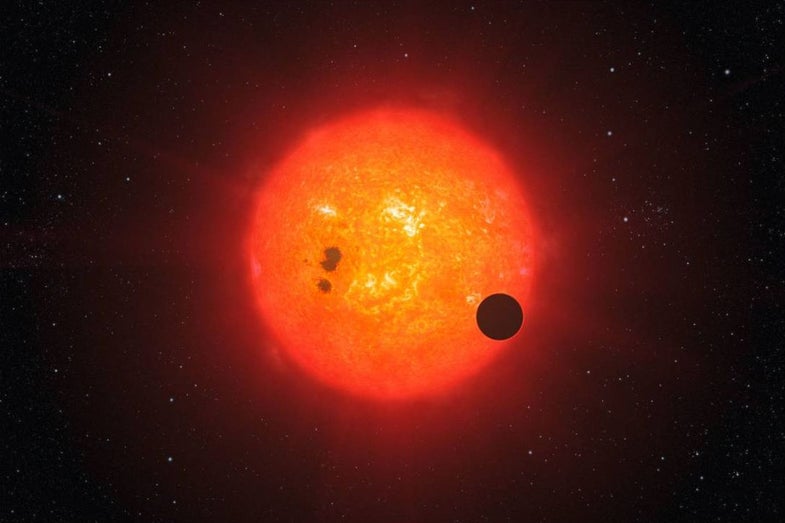 Astronomers have discovered perhaps the first “super-Earth” with an atmosphere, and say that there’s a strong possibility of the planet having liquid water on its surface. That’s still no Earth — super-Earths are bigger than Earth but smaller than gas giants — but it’s darn close compared to other known exoplanets. Perhaps equally stunning, astronomers simply used a small array of 16-inch telescopes that any amateur stargazer could have in their garage or backyard.

The new world orbits a red dwarf star just 40 light years away from Earth, and became visible to Earth-based telescopes during a planetary eclipse when it passed in front of its relatively dim star. That crucial moment allowed astronomers to not only spot the super-Earth, but also to calculate the planet’s size and mass. They even hope to figure out the chemical makeup of the planetary atmosphere, based on the filtering effect that it has on light from the red dwarf.

Scientists have mostly figured out the existence of super-Earths indirectly, based on the wobble effect that such orbiting planets have on their host stars. The newly-discovered GJ 1214b now joins CoRoT-7-b as the only two super-Earths that have actually been seen passing in front of their host stars. Such instances provide the ideal circumstances for astronomers to gauge characteristics of the planets.

But those passing moments have proved when looking at sun-like stars, where planets have large orbits that make such planetary eclipses relatively rare. Sun-like stars also shine relatively brightly and can blind most telescopes trying to spot any passing planets, which means astronomers would need to rely on serious space hardware such as NASA’s Kepler Space Telescope. 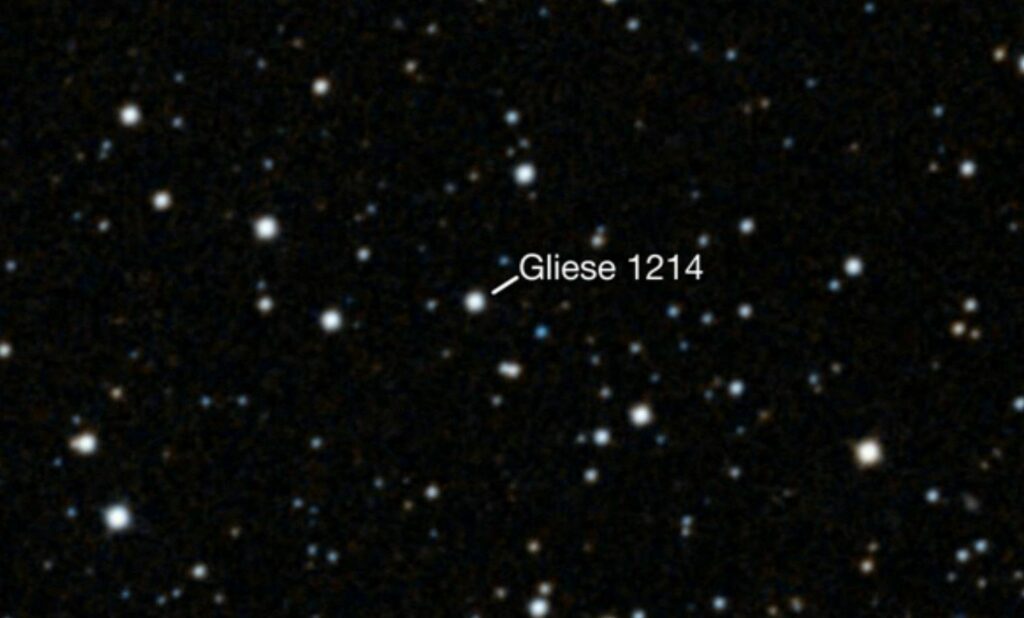 In this case, astronomers chose a different strategy of scoping out the more common dim stars. A relative lack of brightness compared to sun-like stars meant that even relatively weak ground-based telescopes could spot any planets passing in front of the stars. The team had barely begun its survey of 2,000 pre-selected red dwarfs when it hit the jackpot, and that bodes well for turning up many more planets.

“Either we got really lucky, or these planets are common,” said David Charbonneau, an astronomer at the Harvard-Smithsonian Center for Astrophysics, during a special media webcast.

Luck also involved finding a super-Earth that orbits its host star once every 38 hours. Such an orbit puts the planet closer to its star than the planet Mercury is to our sun.

GJ 1214b still represents an almost-paradise as far as habitable planets go, because its host star’s feeble light compensates for the close orbit and ensures more balmy temperatures than those of hellish Mercury.

But the crushing atmospheric pressure — not unlike that of Venus — probably means that no life as we know it exists on the planet. That same atmosphere probably also prevents any light from reaching the planetary surface.

Still, Charbonneau thinks that the discovery of GJ 1214b just marks the beginning. He points out that other super-Earths may very well have wider orbits around the same host star, which would mean that they pass less frequently in front of said star. Given some time, astronomers may yet find those unknown cousins to GJ 1214b — and the wider orbits would mean cooler temperatures that could make them more likely candidates for hosting life.