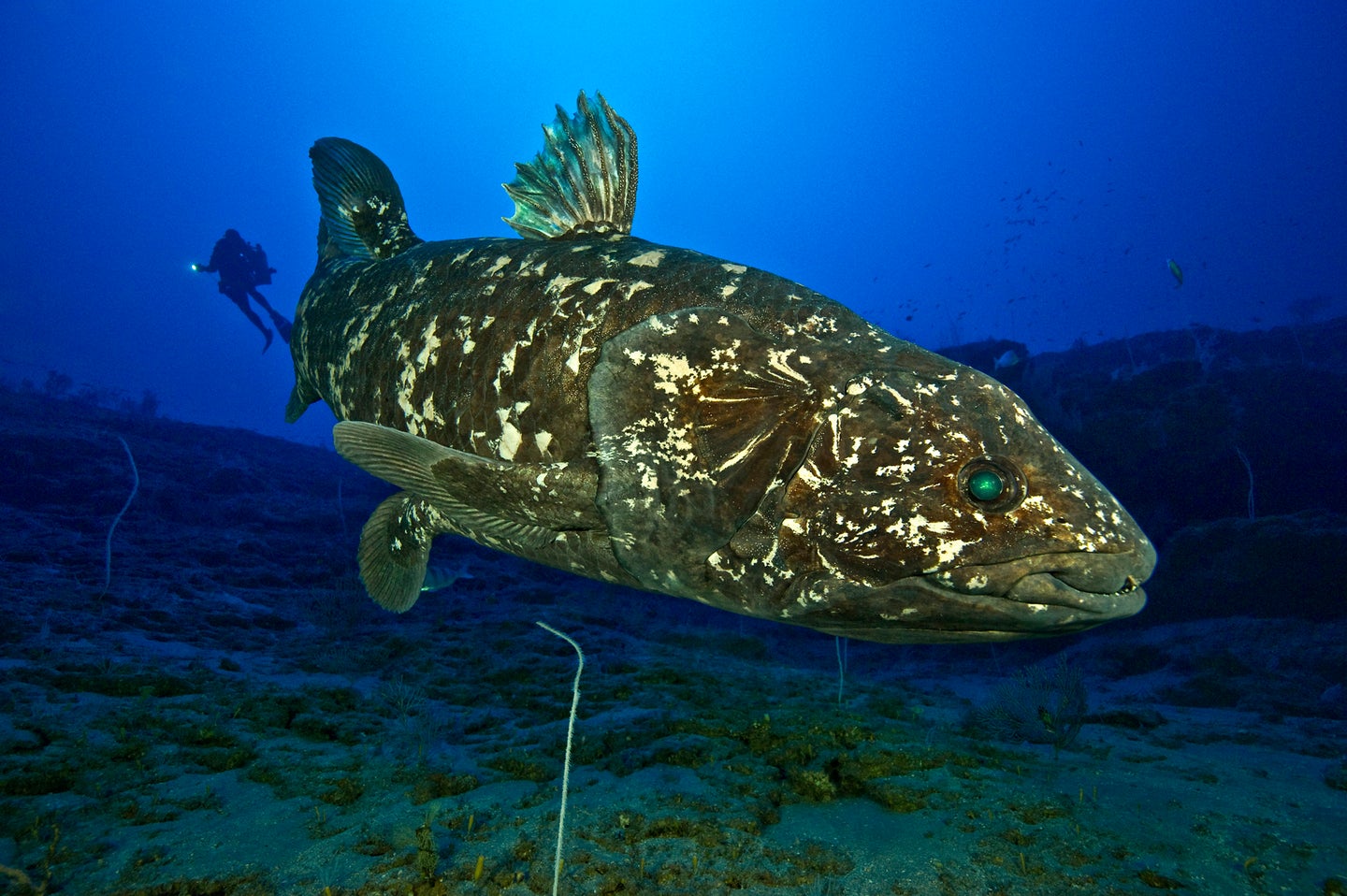 A coelacanth in the waters off South Africa. Laurent Ballesta / www.andromede-ocean.com / www.blancpain-ocean-commitment.com
SHARE

When a fisherman pulled a coelacanth out of the sea in 1938, researchers were stunned. The heavily scaled fish with lobes was a remnant of a bygone era, when dinosaurs roamed the earth. Scientists had fossils of coelacanths that were hundreds of millions of years old, and until that day were convinced that they’d all died out in the same event that killed off the dinosaurs.

But some coelacanths survived, and scientists have studied these weird fish for decades. We know that it has a strange, hinged jaw, lives off the southeastern coast of Africa and in a pocket of Indonesia, and eats squid and octopus. What we didn’t know is that it also has lungs.

In a study published today in Nature Communications researchers found that just like their fossilized predecessors, modern coelacanths also have a lung-like structure. The lungs are present in the embryo, but stop developing as the fish grows, making it hard to spot unless you know what you’re looking for (and you have access to a high-powered x-ray). 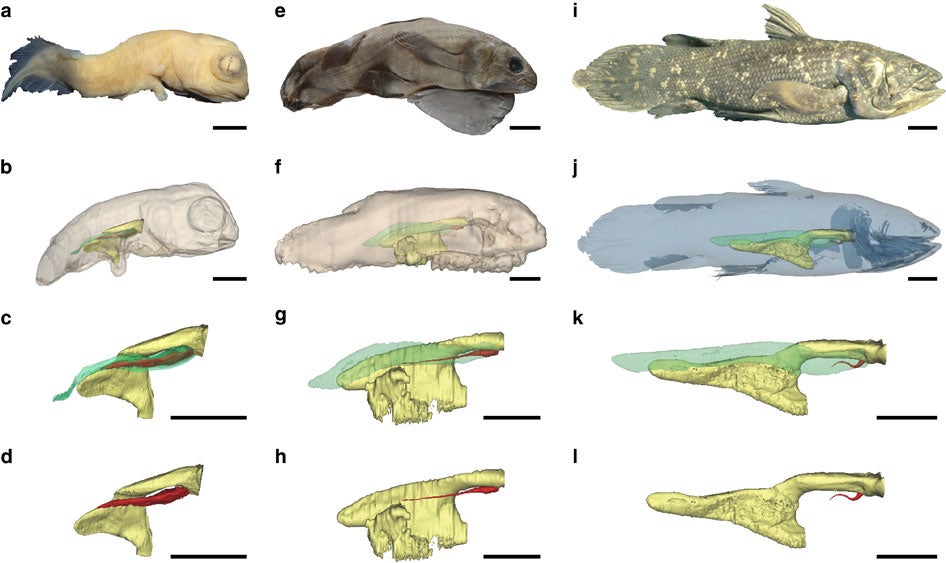 The coelacanths vestigial lungs at different stages of development.

Scientists knew that coelacanth fossils had this strange organ but thought it had died out as the species changed over the years. But just because a coelacanth has lungs, that doesn’t mean it can breathe. The authors found that the lungs were non-functional, or vestigial organs.

Usually, fish don’t have lungs, they use gills instead. One of the few exceptions are aptly-named lungfish, which can modify their swim bladder (typically used for buoyancy) to respirate.

The researchers believe that the presence of these lungs could indicate that the coelacanth ancestors may have lived in shallow waters with low oxygen levels, as opposed to the deeper environments they favor today.