Ancient Volcano Collapse Caused A Tsunami With An 800-Foot Wave 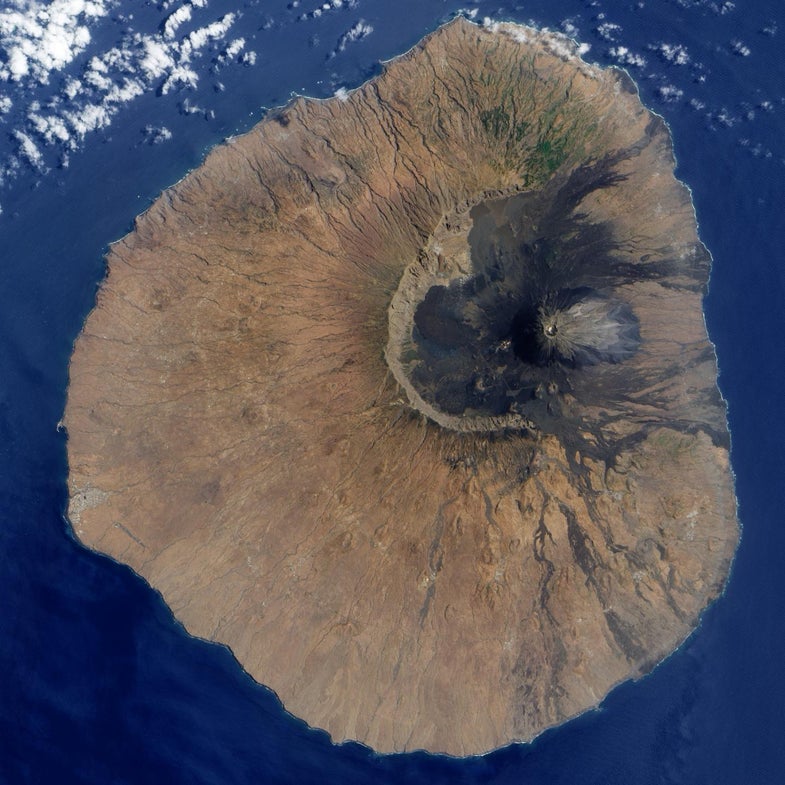 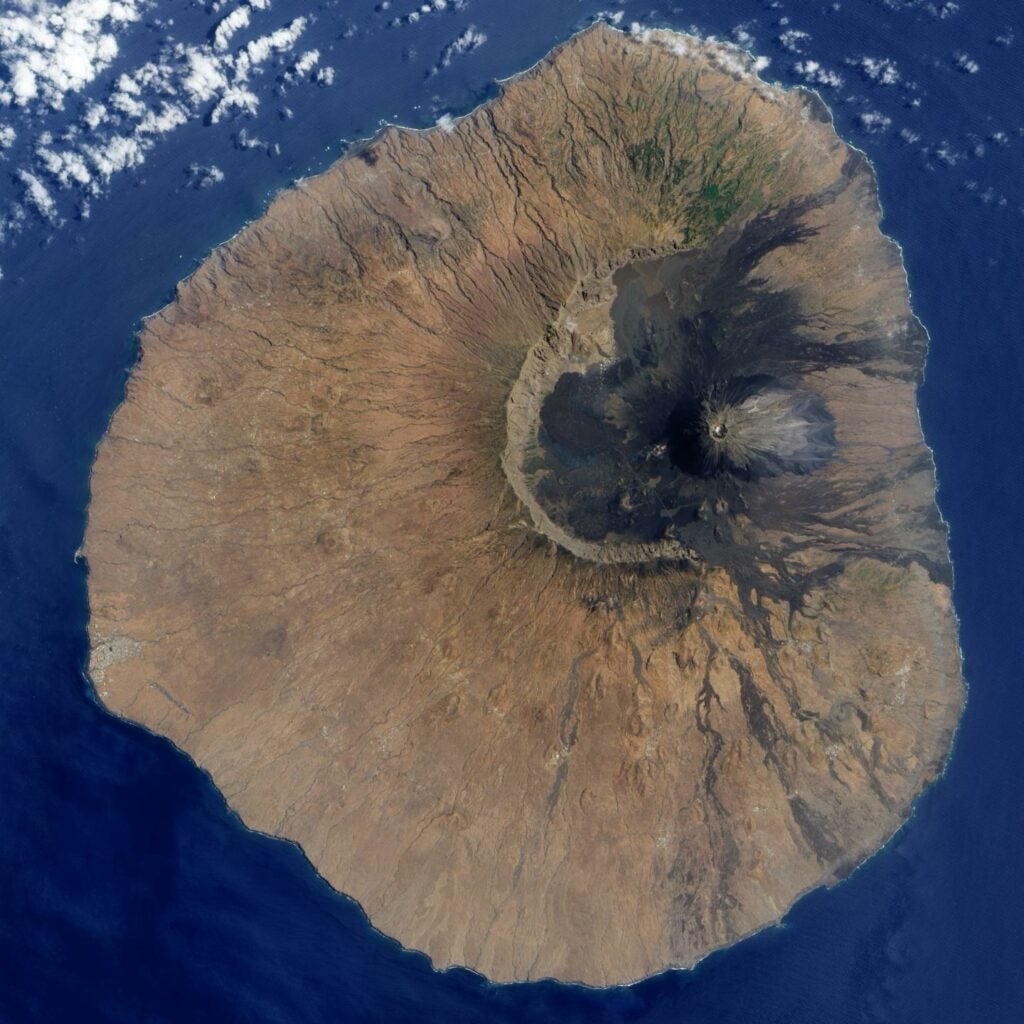 Geologists think that the eastern slope of Fogo volcano crashed into the sea some 65,000 to 124,000 years ago, leaving a giant scar where a new volcano can be seen growing in this satellite image.

Some 73,000 years ago, in the Cape Verde islands off the west coast of Africa, a large piece of an erupting volcano collapsed upon itself and slid into the sea. Scientists studying the eruption believe the resulting influx of debris triggered a mega tsunami that engulfed a neighboring island 30 miles away with a wave of water as high as 800 feet. In a paper published today in Science Advances, researchers say that this type of volcanic event is catastrophic enough that, although exceedingly rare, should be considered by island communities when preparing for the potential hazards posed by nearby volcanoes.

Ricardo Ramalho, lead author of the study and adjunct scientist at Columbia University’s Lamont-Doherty Earth Observatory, had been doing research in Cape Verde when he began to notice giant boulders strewn about the island of Santiago where he was working. These boulders are enormous, truck-sized hunks of striated limestone and submarine basalts that form near or under water around the island’s coasts. Some were located as high as 650 feet above sea level and as far as 2,000 feet inland.

“At the time I was puzzled by their origin, but it never occurred to me that they could be related to a megatsunami impact,” said Ramalho. However, after seeing a report of tsunami deposits close to sea level in a nearby bay, a massive tsunami event seemed to be the only realistic explanation. Rigorous field work and cutting-edge rock-dating techniques at the Lamont-Doherty Earth Observatory confirmed the boulders were carried there by a giant tsunami caused by the volcano collapse 34 miles away.

The tsunami was caused by the island volcano Fogo. At 9,300 feet high, it is one of the largest of its kind and remains one of the most active, erupting every 20 years or so. It erupted as recently as last year, displacing some 1,200 people and destroying buildings and houses.

Our understanding of volcanic flank collapse and the mechanisms that trigger it is still very crude, says Ramalho, but it’s believed that large eruptions are the cause. Looking at the Mount St. Helens eruption that happened in Washington State in 1980—which also experienced a flank collapse (though it’s not an oceanic volcano)—it’s possible to get a picture of what might have occurred during Fogo’s eruption 73,000 years ago. Before its flank caved in, it likely started to deform weeks or months before the actual event, with its flank slowly starting to slide, before a giant eruption caused the whole side to cascade down into the ocean. Again, drawing from Mount St. Helens, “the main tsunami-generating collapse possibly happened in a few minutes,” says Ramalho.

Evidence suggests that the giant wave surged over the nearby island of Santiago and inundated the island up to 900 feet above sea level. “It is highly probable that any (or at least most) of the flora and fauna within this zone were completely wiped out,” says Ramalho.

Trying to imagine the type of damage that could cause to Santiago now, home to 250,000 people, is not difficult. One needs just to look back to the 2011 Tohoku earthquake and 128-foot tsunami in Japan that killed almost 16,000 people and left an ongoing nuclear disaster, or to the 2004 Indian Ocean earthquake and 100-foot tsunami in Southeast Asia that killed 230,000 people across 14 countries and left 1.7 million homeless. However, it must be noted that these are different scenarios, caused by undersea earthquakes instead of collapsing volcanoes. There is some disagreement over whether a giant landslide of rock and earth could cause a wave powerful enough to travel long distances in the open ocean.

There have been a few instances of volcanic flank collapses or landslides triggering powerful tsunamis in the past hundred years. In 1792, Mount Unzen in Japan collapsed into nearby bays, causing 300-foot-high waves, and in 1958, an earthquake loosed 90 million tons of rock and earth into the isolated inlet of Lituya Bay, Alaska, shooting water up in a wave 1,724 feet high. Both of these instances, however, were in tightly confined bays, not open ocean.

The important thing to remember in all this is that the type of event that happened at Fogo is what Ramalho and other scientists call “very low frequency, very high impact events.” While the damage they can wreak is vast, they are incredibly rare occurrences that happen on an estimated scale of 1 every 100,000 years. Ramalho cautions that this study by no means indicates that another big collapse is imminent in Cape Verde or elsewhere, but notes that “since the possible impacts of such events can be absolutely devastating to our society, we need to be vigilant and we should improve our society’s resilience to their possible occurrence.”