What Would Happen If We Burned All The Fossil Fuels On Earth?

We'll burn that bridge when we come to it 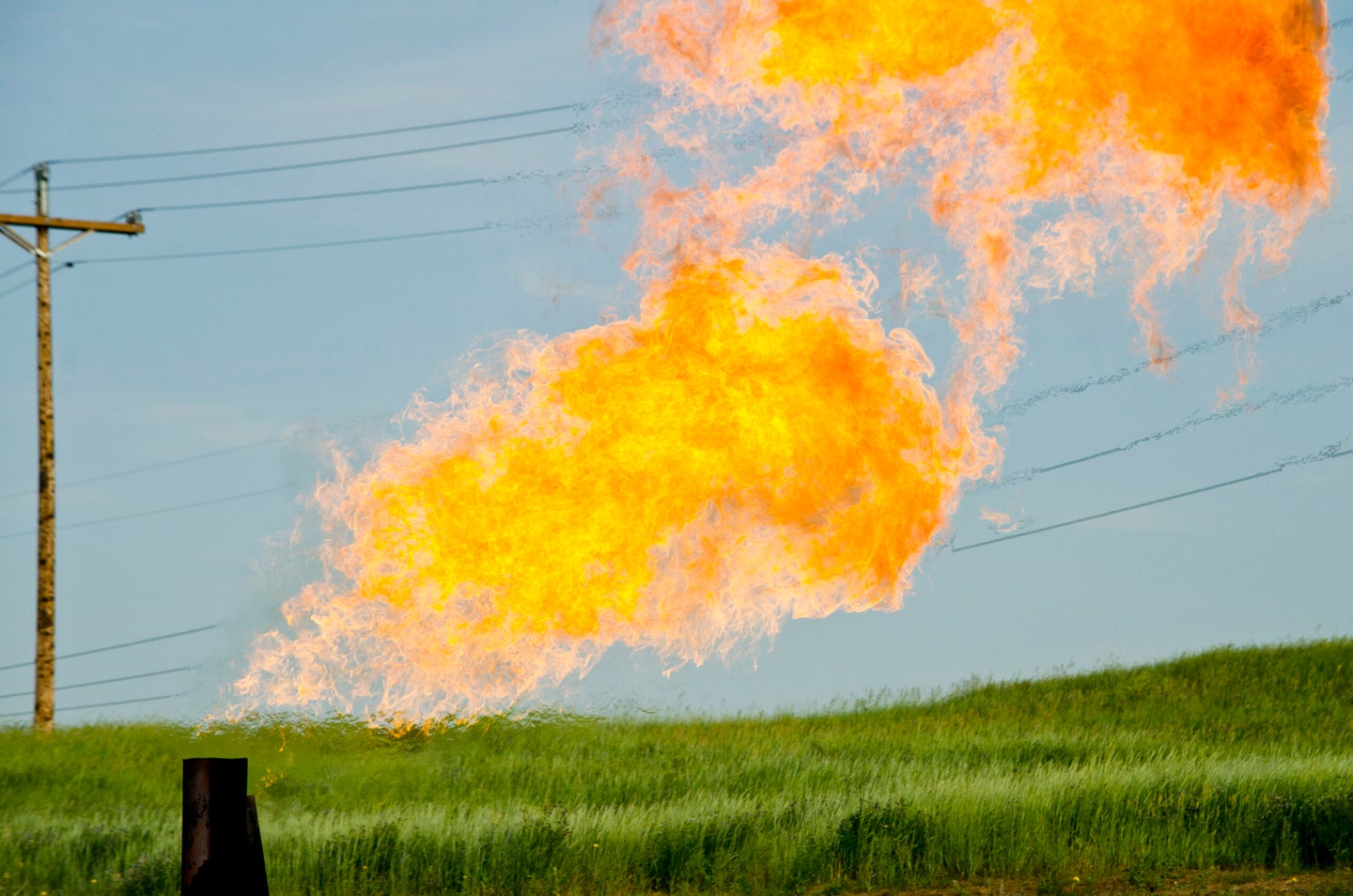 If you’ve ever poured yourself some iced tea on a hot summer’s day, you know that that icy goodness doesn’t stick around for long. That’s because (SPOILER ALERT) ice doesn’t do well in heat.

Those same (wildly obvious) laws of thermodynamics that govern your refreshment also govern the rest of the world. Ice, when confronted by heat, will melt, whether it’s a cube, or the ice sheets in Greenland and Antarctica.

A new study published today in Science Advances finds that if we burn all of the remaining fossil fuels on Earth, almost all of the ice in Antarctica will melt, potentially causing sea levels to rise by as much as 200 feet–enough to drown most major cities in the world. 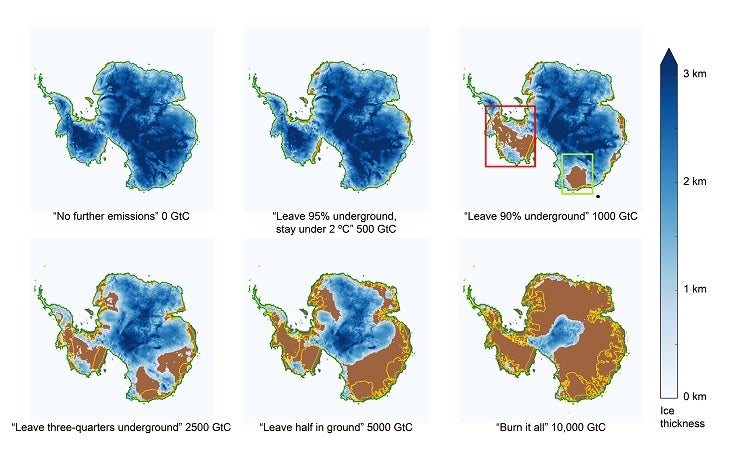 How Antarctic ice (in blue) would fare during different carbon emissions scenarios.

Fossil fuels are considered non-renewable resources and consist of coal, oil, and natural gas. They release carbon dioxide, a potent greenhouse gas, into the atmosphere when burned. Greenhouse gases trap heat from the sun in the Earth’s atmosphere, causing temperatures to rise.

“Our findings show that if we do not want to melt Antarctica, we can’t keep taking fossil fuel carbon out of the ground and just dumping it into the atmosphere as CO2 like we’ve been doing,” climate scientist and co-author of the paper Ken Caldeira said in a press release. “Most previous studies of Antarctica have focused on loss of the West Antarctic Ice Sheet. Our study demonstrates that burning coal, oil, and gas also risks loss of the much larger East Antarctic Ice Sheet.”

Second opinions aren’t much better. Another recent study from Stanford found that while the East Antarctic Ice Sheet has been more stable than we’ve given it credit for (even during very hot times in Earth’s history) a conservative estimate still shows sea level rising by a dramatic 44 feet if it returned to (pre)historic extremes.

And if you narrow the scope down to a more human time scale, the news is still fairly gloomy. NASA estimates sea level rise will go up by a minimum of 3 feet, probably over the next century. That may not seem like much compared to 200 or 44 feet, but even one foot of sea level rise is enough to start encroaching on important NASA facilities, many of which are in coastal areas, not to mention many large cities located on the coast.

Luckily, there are alternatives. This particular watery end can be avoided if energy use is directed away from fossil fuels and towards renewable energy options like wind and solar (or even nuclear energy, though getting rid of nuclear waste presents a different set of long-term problems).

And there’s no need to head for the hills just yet. Even the most extreme cases of sea level rise aren’t likely to happen for a few thousand years. The authors predict that sea levels will creep up as ice in the polar regions melts, at a rate of a little over an inch per year. So if we want cities to avoid the fate of the boiled frog, we’d better jump on some climate solutions soon.