Were rocks on the menu for these ancient birds?

A deeper look at crystals pulled from a fossil’s stomach presents an intriguing counterargument. 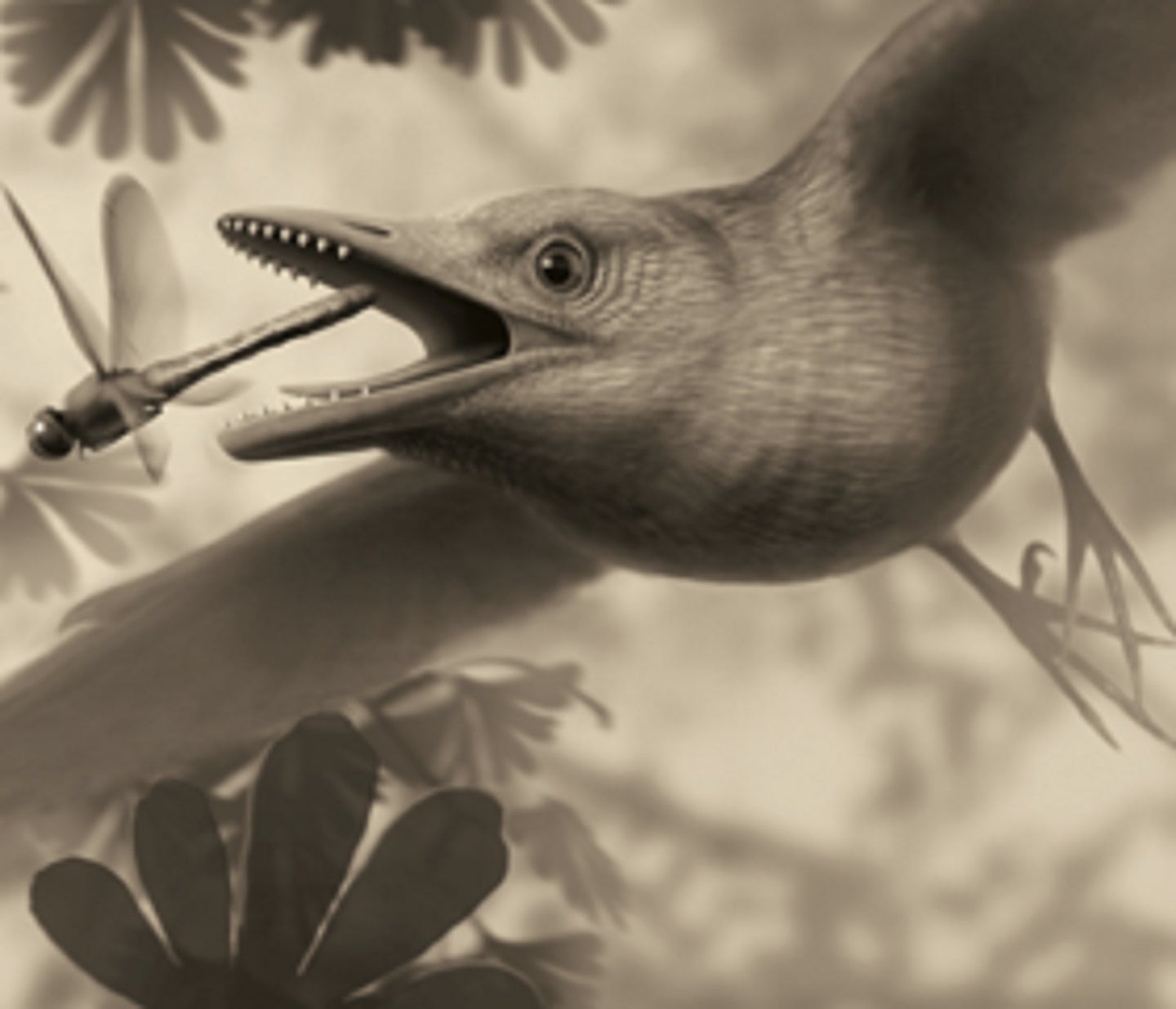 If you went back in time 120 million years, the majority of the birds flying overhead would be part of the now-extinct group known as Enantiornithes. These creatures looked a lot like the visitors at our feeders today, but with toothy smiles and claws on the tips of their wings. Their diets, however, are still somewhat of a puzzle.

As the most abundant and diverse group during the early Cretaceous period, these ancient birds make up almost 75 percent of the feathered fossils found in northwestern China over the past century. But in spite of all the evidence, it’s been hard to analyze the stomach contents because they don’t preserve so well. A paper published in Frontiers in Earth Science this month sheds light on Enantiornithes’ feeding habits—and provides a path forward for researching fossilized soft tissues.

The new study centers on the quartz crystals discovered in a bird from the Jehol Biota in China. Back in 2015, a researcher at the Institute of Vertebrate Paleontology and Paleoanthropology of the Chinese Academy of Sciences (IVPP) concluded that a fossilized Bohaiornis guoi purposefully swallowed two rocks to help grind up food in its gut. But further comparisons with other Jehol fossils revealed that the rocks didn’t look similar enough to ones typically used to process meals.

In many cases, the discovery of preserved rocks in a fossil’s stomach indicates to researchers that the organism used small rocks to aid in the digestion of tougher foods like seeds and insects. These special stones, called gastroliths, become lodged in a section of the digestive tracts called the gastric mill. Several animals, including fish and reptiles, still exhibit this behavior. Similarly, researchers studying modern and ancient birds have found evidence of “rangle,” pebbles ingested to clear mucus and other debris from the digestive system after eating.

In light of the previous findings, Shumin Liu, lead author of the recent paper and a former graduate student at IVPP, decided to break down the composition of the stomach stones in the Bohaiornis fossil. Liu examined the samples via ground sectioning, which involves polishing the crystals thin enough to view in detail on a microscope. She also used scanning electron microscopy, a technique that sweeps the surface of the sample with a beam of electrons, to create blown-up images of the specimen. Finally, she identified the chemical composition of the rocks through energy dispersive microscopy, which excites the electrons in the molecules of a sample to elicit a telltale signal.

Doing this, Liu was able to build a profile of the stones that set them apart from preserved gastroliths in almost every way. “They’re a mineral called chalcedony, which is basically quartz that grows in sedimentary rocks,” says Jingmai O’Connor, associate curator of fossil reptiles at the Field Museum of Natural History in Chicago and one of the co-authors of the study. “Also, the traces were really thin, so it really supports that it was something that happened during formation of the fossil.” Rocks that are swallowed by a live animal maintain their round shape, even as pressure is applied over time. But the largest section of the chalcedony in the Bohaiornis guoi was flat, making it more likely that it accumulated in the bird’s skeleton after death.

It could also be that the crystals materialized from the fossil itself. “It’s very possible that the carbon is original carbon from the bird’s [soft tissue],” O’Connor says, “but it would require further analysis to test that.”

Understanding the diet of ancient creatures is important because the digestive system can offer clues about the physical abilities of the organism while it was living. This relationship is particularly intriguing in birds, O’Connor says, as it gives researchers a way to trace the development of unique structures in modern feathered species.

“Birds have a very modified digestive system because powered flight is the most physically demanding form of locomotion, so they have to reach a really high caloric demand to support this,” she explains. “Compared to all other amniotes, their digestive system has just been modified in a bunch of different ways.”

In O’Connor’s perspective, it’s strange that only a handful of Enantiornithes fossils contain ingested remains when compared to fossils from other extinct groups. But there are other pressing questions in the wake of the study she helped lead.

For instance, Ashley Poust, a postdoctoral researcher in vertebrate paleontology at the San Diego Natural History Museum, is intrigued by the origins of the chalcedony. “You go out there and you’re aiming to experimentally assess something, but in the process of disproving that, you’ve discovered a new phenomenon—the possibility of this in-place mineralization,” he says. “That’s really cool.”

Both Poust and O’Connor hope that the chemical techniques used on the Bohaiornis specimen will become more widespread for fossil analysis. “In paleontology, there is sometimes information and data that are not available just from the naked eye,” Poust says. “The fact that they approached it using a combination of observation but also these experimental methods that involve some destructive sampling is exciting.”

“We make the argument that this is what you need to do when you have very unusual traces that aren’t straightforward,” O’Connor says. “We should approach these unusual traces from as many different angles as we can.”

For her team, that might mean digging further into the mysteries of Enantiornithes feeding habits. While one specimen in Spain yielded traces of freshwater invertebrates, the Jehol Biota fossils have been less forthcoming. “The bottom line is, it’s really weird that we don’t have any evidence of diet for this group,” O’Connor says. “It just seems improbable that this entire diverse clade was eating soft things that don’t preserve traces.”

That’s on top of the fact that the other aspects of the fossils are so well-preserved. “They’re just amazing, with all their feathers and sometimes even more, like all the tissue of the body,” O’Connor says. “They look like roadkill. It’s really incredible.”