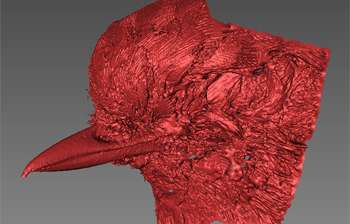 In 1845, Charles Darwin used the shape and size of finch beaks on the Galapagos Islands as evidence for his theory of evolution. Now, a team of scientists in the UK hopes to analyze the beak shape of every species of bird on the planet. With about 10,000 bird species alive today, that’s quite a project.

Luckily, they will have some help. On Monday, evolutionary biologist Gavin Thomas and his team launched a website to enlist the aid of citizen scientists from around the globe. Mark My Bird lets people analyze 3D scans of bird beaks, pointing out anatomical landmarks to quantify the shape of the beak. 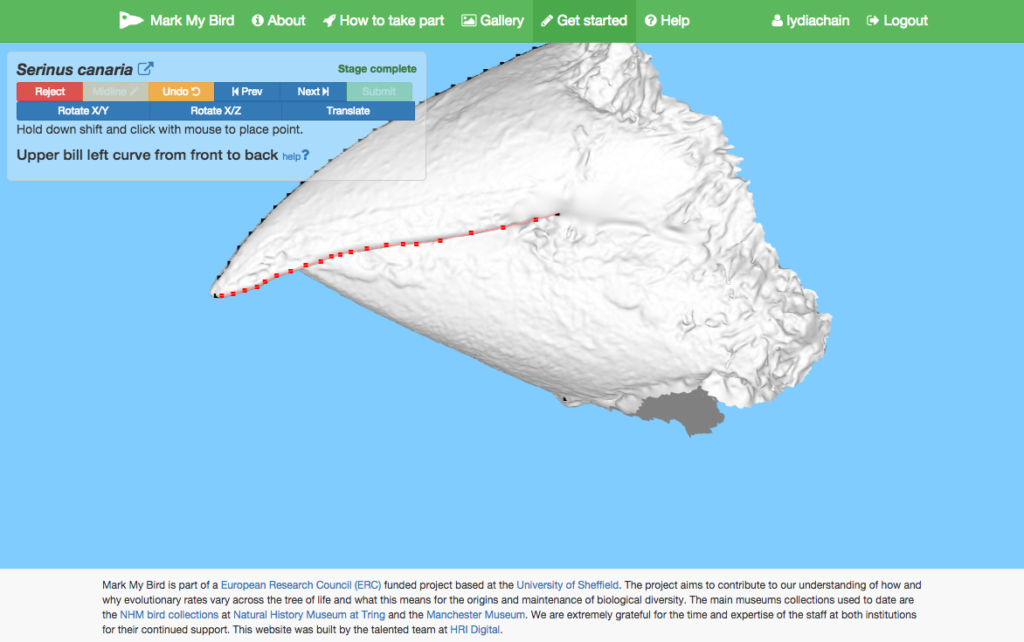 Thomas wants to use this massive database of beak shapes to better understand how, over the last tens of millions of years, birds divided into the species they are today. “A bill is a tool that enables birds to forage for food in a particular way,” he told Popular Science. If a bird is competing with others for food, it’s a big advantage to be able to use a food source the others can’t. Some beak shapes are better than others at exploiting a particular kind of food resource. Thick, stiff beaks are better for cracking into seeds while slender beaks can more easily pick up insects.

If some birds develop a seed-cracking beak, say, in a world where everyone else has an insect beak, they will have exclusive access to seeds. They might thrive. Eventually, they may only breed with each other and become a new species. It was essentially this process on the Galapagos Islands that gave Darwin clues about evolution.

“Bill shape is potentially really important in the development of bird species,” said Thomas. “We want to address that idea for all birds.” 3-D scans provide more information about curvature, ridges, and special features than traditional measurements, but it’s time consuming. His team has been scanning bird beaks found in collections at natural history museums around the world for almost a year and has scanned the bills of about 4,500 species. They expect to spend at least another year scanning. Once they are done, the scans still need to have humans to properly mark them for the computer analysis that will quantify their shape. If the team was on their own, it would take them years to get through the pile.

So they are trying to harness the power of the Internet and are hoping to attract the attention of citizen scientists by creating a fun competition–those that analyze the most beaks earn badges. Since the website’s launch on Monday, 320 bills have been completed. Thomas says multiple users will mark each beak, which will help to correct for mistakes, and that so far, users have done a great job.

Thomas intends to continue scanning and adding beaks to the website until every bird species is represented. He also wants to include some species of birds that have recently gone extinct to see if their beaks were shaped in a way that may have contributed to their extinction.