If Earth Were Swallowed By A Black Hole, We Might Not Even Notice

That's the latest theory, at least 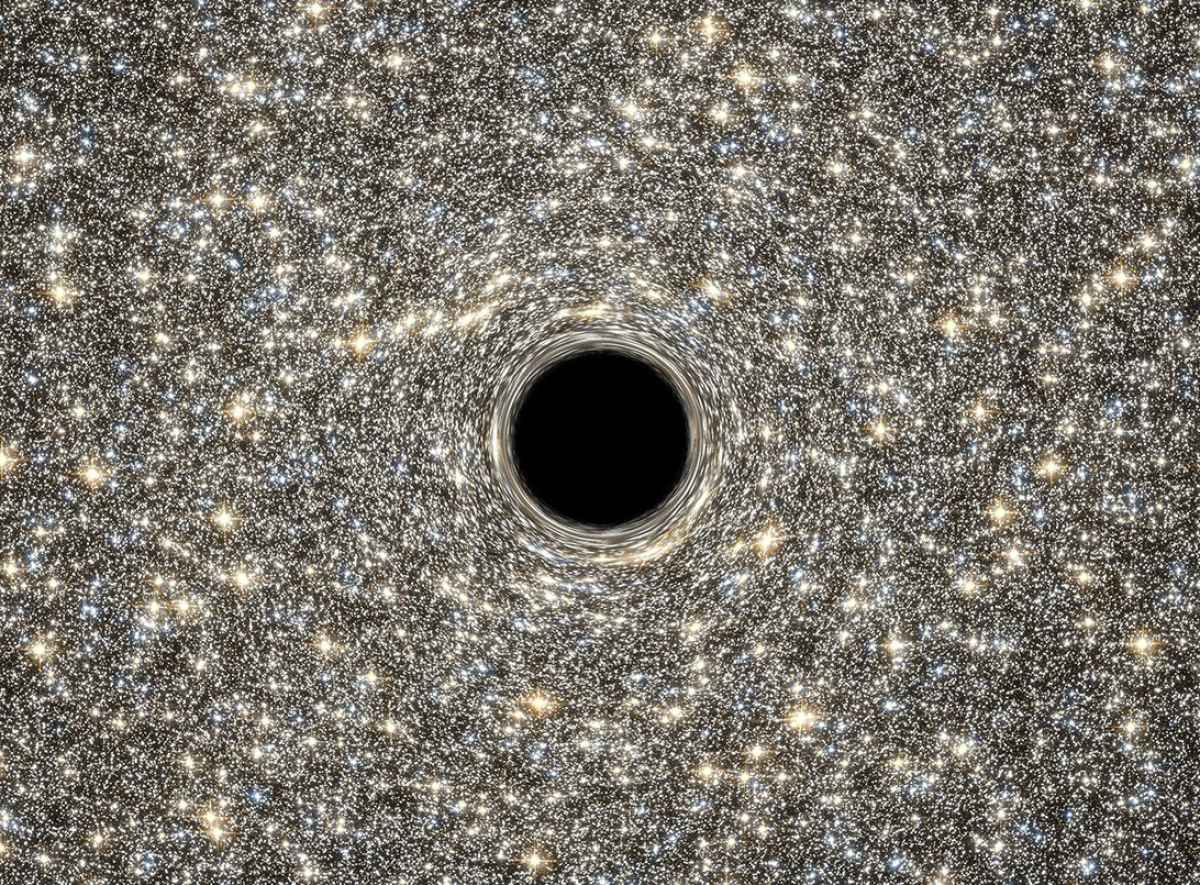 Don't underestimate little galaxies, because they can pack one big punch. On Wednesday, a team of astronomers recently revealed that the dwarf galaxy M60-UCD1 is actually home to a giant, supermassive black hole. The momentous discovery goes against the conventional belief that only big galaxies can house giant black holes at their center. With this unveiling, described in the journal Nature, it could mean that the universe is home to many more black holes than previously thought; we just weren't looking in all the right places. This image is an artist's illustration of what M60-UCD1's black hole could look like. From September 19, 2014. NASA, ESA, STScI-PRC14-41a
SHARE

Black holes get a bad rap. Sure, they’re the dark, unknown, unforgiving vacuum cleaners of space. But a new study suggests they may not be all doom and gloom after all.

There are several theories as to what would happen if you fell into a black hole: that you would get stretched into spaghetti, or that a wall of fire would incinerate you. New calculations from Ohio State physicist Samir Mathur suggest nothing so morbid. In fact, if a black hole ate the world right now, he says, we might not even notice.

Mathur posits that material that touches a black hole, instead of being destroyed, might turn into a near-perfect hologram. And if that’s not trippy enough, consider the fact that we may be living in a hologram right now.

The paper hasn’t yet been peer-reviewed, as far as we can tell, and it will surely be controversial–although not for reasons a normal person might expect. An idea called complementarity suggests that any hologram created by a black hole needs to be precisely perfect. But that’s not possible, other physicists argue, so surely getting sucked into a black hole means death. Mathur’s idea lies somewhere in between, with black holes creating holograms that are imperfect—just like the rest of the universe.

It’s going to be pretty hard to test whether or not it’s true, but hey, it’s not the craziest idea out there.