What would happen if you fell into a black hole?

For almost a century, astrophysicists have struggled with the question. They’re still at it—and have some pretty wild ideas. 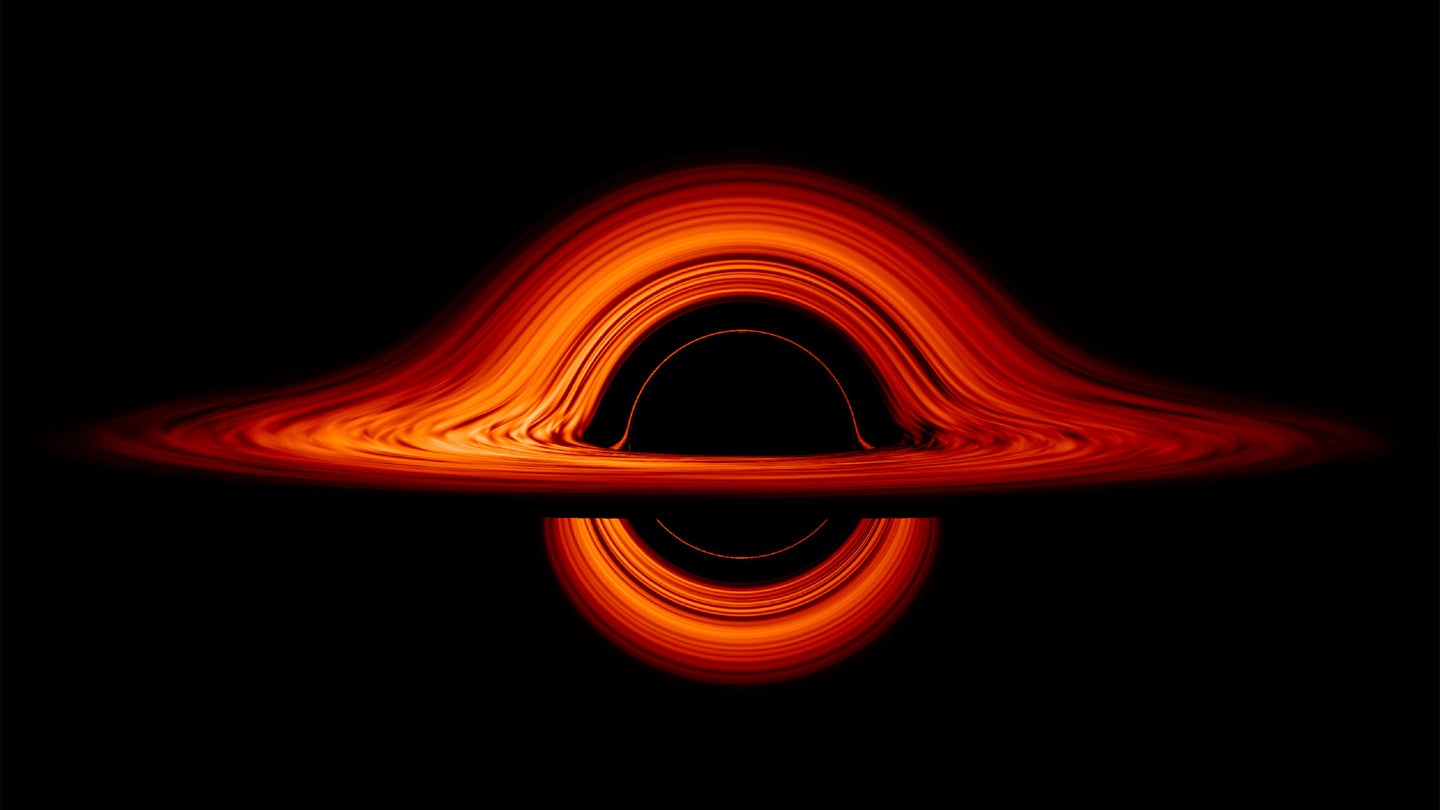 If you search “black hole” on the internet, at least one of the top results will claim to tell you what could happen if a person fell into one.

But to save you a lot of time and fruitless reading, the short, honest, but perhaps least thrilling answer is that no one really knows. Don’t fret. Scientists have some well-founded, albeit mind-bending ideas about what might be going on. To understand them, though, you first need to grasp some basic concepts about black holes.

What are black hole and what makes them so weird?

Grab a small object, like a pencil, near you. Got it? Congratulations, you just won a battle against the entire gravitational pull of planet Earth. “The gravitational force, of all the forces of nature, is the weakest one,” says astronomer and NASA astrophysicist Roopesh Ojha.

Weak as it can be, gravity rules the entire universe. If you threw the pen you just grabbed into the air, it would come back down rather quickly. But there are places in the Universe where this pull is almost infinitely stronger than on Earth—so powerful that not even light can escape their grab: Meet black holes. These space objects extremely dense, where the gravitational force is so strong that absolutely nothing can resist its pull.

“As a child, this is how I understood black holes: They are objects whose gravity is so strong that if you get close enough, there is no rocket that can take you out,” Ojha says.

What happens if I get too close to a black hole?

Right now, the Earth is pulling a little bit harder on whichever part of your body is closer to the ground. You can’t feel or see the effects of that pull, called tidal force, because, relative to the size of the universe, the Earth isn’t all that big. So, the force of gravity in return isn’t all that strong.

But since black holes are much more massive, the tidal force there is much stronger than on Earth. “If you are an astronaut falling towards a black hole feet first”, explains Ojha, “ the pull on your feet is so much stronger than the pull in your head, so in the direction that you are falling, you get stretched [by the tidal forces].” The very real astrophysics term for this process is pretty straightforward: spaghettification.

After spaghettification, whatever entered the black hole—stars, dust, planets, or unfortunate astronauts—has crossed an invisible barrier called the event horizon, or the point of no return. Beyond that, we can only come up with educated guesses of what would happen.

Past the event horizon exists what’s known as the singularity: an infinitely dense point where space and time warp and cease to exist as we know them. They are very small regions in space-time where an almost infinite amount of mass concentrates. Under those conditions, the equations Einstein created for gravity break down, says Avi Loeb, director of the Black Hole Initiative at Harvard University.

Objects like the singularity are explained by quantum mechanics. The problem is that the way particles behave in quantum mechanics is extremely different from the way objects behave in Einstein’s theory of general relativity. So, the inside of a black hole is a contradiction: a place where gravity is extremely strong, but at the same can be understood only through quantum mechanics. Scientists have been looking for the “theory of everything” for a century. In Ojha’s words, “black holes are a representation of the biggest questions in Physics right now.”

Most of the current hypotheses—countless, according to Daniel Jafferis, a quantum gravity professor at Harvard—are mathematically possible. But that doesn’t mean that all of those solutions are actually happening. So remember: Anything you read beyond this point is possible but not necessarily true.

If I enter a black hole, is that really the end of me?

In your current physical form, yes. In a deeper sense, though, maybe not. Thanks to Stephen Hawking, we know that black holes emit radiation, causing them to slowly shrink until they disappear.

But if black holes eventually disappear, they violate a principle of quantum mechanics, which is that information—what differentiates an astronaut’s particles from those of a star—never disappears. If black holes will eventually vanish, where does the information that they gobbled down during billions of years of existence go?

Daniel Jafferis and some others believe that information escapes through what’s known as Hawking radiation. Near the event horizon (that invisible point of no return after spaghettification), things are moving extremely fast and temperatures and radiation levels are high. There, mass breaks down to its most fundamental state: quantum particles. These particles exist only in pairs, they are “entangled” at a quantum level.

Under this theory, if an unfortunate astronaut entered a black hole, part of their quantum information is eventually ejected in the form of Hawking radiation. Each of those tiny particles is tightly entangled, at the quantum level, to the part of the information that couldn’t escape the black hole.

Jafferis explains the concept with a bonfire and a book. Imagine that you burn a book. You can no longer read the information in the pages, but the information exists in another form: It has become ashes and smoke scattered through Earth and sky. But it still exists.

“This is a very elegant solution”, says NASA’s Ojha, “but we still don’t know if it’s true.” If it is, it would contradict Einstein’s theories, which posit that nothing—even a tiny quantum particle with information—can escape the gravitational pull of a black hole.

What other ideas are out there to explain what may happen in a black hole?

Some scientists think that the three-dimensional reality we all know is not the only way the Universe stores information. According to their theory, if something falls into a black hole, it can both get warped in the singularity (where space and time get wonky) and stay inside the event horizon as radiation. From this perspective, the event horizon of a black hole is actually a shell, a two-dimensional plane of the Universe that stores information that is apparently 3D.

Scientists use the analogy of a hologram to explain this: Holograms are a 3D representation of information that only exists in two dimensions. And, at a larger scale, this theory could mean that there might not be an “inside” of anything: In other words, the whole universe could be a hologram.

That’s a mind-bending concept, but there’s even weirder ones

Another theory says that at the end of every black hole there could be a white hole, a place you could never enter, only leave. In a white hole, time would run backward, and mass wouldn’t be mass, it would be its exact opposite. It is a place where eggs might unbreak—something that scientists have never seen anywhere in the Universe but that in theory, could potentially happen.

For some, both the theory of white holes and the holographic principle violate some of Einstein’s core ideas, a problem shared by other solutions to black holes, like wormholes.

“The problem is if you continue to use the general relativity equations there, well, you basically end up violating those equations,” says Ojha.

So will we ever figure this out?

Astrophysicists tend to chuckle when asked this question, pointing out that we may never know—or that it may take a very long time. Harvard’s Avi Loeb answered this way: “We haven’t been able, in a hundred years, to unify quantum mechanics and gravity. So, extrapolating to the future, I would think it would take hundreds of years, at least.”