But can it ever hope to compete with SpaceX? 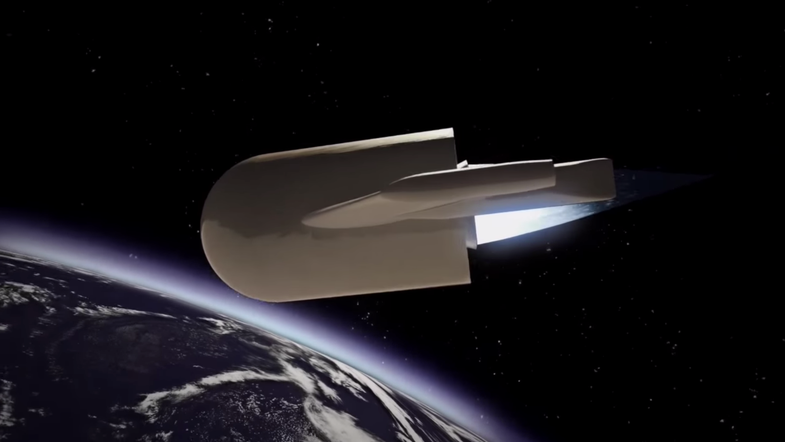 The race is on to provide the first truly reusable rocket for travel to lower Earth orbit, and now Airbus has decided to enter the growing fray. The international aerospace company—known for manufacturing many of the commercial aircraft used for everyday flight—just revealed its secret rocket concept Adeline. Standing for ADvanced Expendable Launcher with INnovative engine Economy, it is marketed as a main competitor of SpaceX’s reusable Falcon 9 rocket. That is, once it becomes more than just a pretty video.

Like the Falcon 9, Adeline is only partially reusable—but the way it’s meant to work is quite creative. While most of the rocket’s fuselage goes unrecovered after launch, the bottom portion of the rocket housing the main engine (most expensive part and arguably the most important) is designed to safely return back home. The design calls for the first stage of the rocket to come equipped with wings and propellers, allowing it to travel back to Earth like a small plane and land gently on a runway.

The key difference between SpaceX’s first stage recovery concept and the one Airbus is pitching is fuel consumption. SpaceX is trying to save each Falcon 9’s main engines and fuel tank by autonomously landing much of the rocket’s fuselage on a drone ship in the middle of the ocean. (The company is getting pretty close to making that happen, too.) But to do this, SpaceX must load the rocket with extra propellant before liftoff; this leftover fuel then helps to guide the first stage back down to Earth gently during its descent.

Airbus says its design drastically cuts down on that extra fuel needed for landing. Adeline’s first stage is much smaller than SpaceX’s and detaches entirely from the rocket’s fuel tank. Instead of using fuel to guide itself back to Earth, the first stage will travel on a ballistic path using its tiny wings and propellers. It will then land horizontally on a runway just like an airplane. Airbus claims less propellant is needed for this technique, and therefore each launch will cost less.

And that’s what reusable rockets are all about, really—less cost. Currently, most, if not all, of a rocket is lost or unrecovered after it lifts off. This makes launching satellites and other payloads into space a costly endeavor, as an entirely new rocket and engine must be built for each subsequent launch. But many want to change this paradigm: By figuring out how to land the more expensive parts of rockets, they can then be reused for other launches, and thus, sending a tiny satellite into space won’t cost upwards of $50 million.

As of now, SpaceX is the major player in the reusable rocket arena, with Blue Origin also developing a reusable first-stage booster. The latter’s New Shepard spacecraft, which aims to take humans into suborbital space, had a successful test earlier this year. United Launch Alliance has its own crazy concept for recovering rocket engines called SMART, standing for Sensible, Modular, Autonomous Return Technology. With this technology, ULA plans to recover its rocket engines by having helicopters capture them in mid-air. At least Airbus’s concept doesn’t sound like the plot of a Michael Bay movie.

Of course, that all depends on when Airbus can get Adeline up and running. According to Ars Technica UK, Airbus has been working on this design concept in secret since 2010. Right now, it’s only in the prototype phase, and it won’t be ready for launch until at least 2025. It’s highly likely that SpaceX will have succeeded in landing and reusing its Falcon 9 rockets for many years by that point.