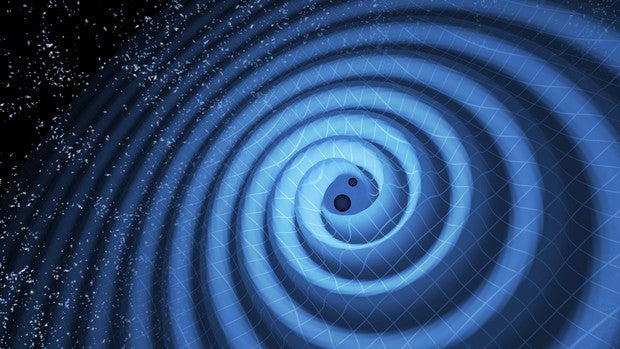 Detecting gravitational waves doesn’t have the sort of bombshell panache it did when it first happened three years ago, but that doesn’t make it any less remarkable. These observatories—arguably the most sensitive instruments humans have ever built—keep teaching us about events in the universe that were hidden until very recently. We’ve studied pairs of black holes merging, neutron stars colliding into one-another, and now, we may have finally witnessed signs of a black hole slamming into a neutron star. That’s something scientists were never really sure was even possible.

“It is a discovery of a novel astrophysical system whose existence was not certain,” says Katerina Chatziioannou, a member of the LIGO team at the Center for Computational Astrophysical of the Flatiron Institute in New York, and a soon-to-be professor at Caltech. “These systems have been theorized to form in various astrophysical environments, so proving that they exist and estimating how common they are will tell us about the environments in which they are formed.

To sum up: two new sets of gravitational wave observations were detected on April 25 and April 26, by the pair of interferometers run by the Laser Interferometer Gravitational-Wave Observatory (LIGO) based in Livingston, Louisiana, and Hanford, Washington, as well as the Virgo interferometer based in Italy. While the former signals seem to originate from a pair of neutron stars (ultra-dense bodies composed of closely-packed neutrons, formed by the collapse of massive stars after a supernova) crashing into one-another, the latter seem to come from a rare black hole-neutron star merger.

These newest detections come hot off the heels of major upgrades to the LIGO and Virgo observatories. The power of their lasers have been doubled, reducing the effect of “noise” and increasing the sensitivity of the detectors by nearly 40 percent. “These detections could have been made previously, but the improved sensitivity allows us to get a more accurate picture,” says Rana Adhikari, a LIGO team member and professor of physics at Caltech. “Like having a conversation in a quiet room instead of a busy coffee shop.”

The April 25 detection of two neutron stars smashing, which scientists are calling S190425z, is thought to have happened about 500 million light-years away from Earth (two to three times farther than the first neutron star merger observed). Only the LIGO Livingston and Virgo observatories picked up the gravitational waves of this event (Hanford’s observatory was offline at the time), and the lack of a complete detection means we’re still unclear on the precise origin of the event (it took place in a rage that covers one-fourth of the sky).

Meanwhile, the April 26 neutron star-black hole crash, called S190426c, probably happened about 1.2 billion light-years away. All three observatories caught its much-weaker signal, so scientists have narrowed the location down to a 3 percent area of the sky.

How do we know this is a mash-up of a neutron star and a black hole and not just pairs of either type? According to Chatziioannou, it comes down to mass. Neutron stars typically have a lower mass than black holes, and estimates made from the gravitational wave signals that were measured fall into a middling, Goldilocks-like range that’s not too light and not too heavy.

Unfortunately, that’s about all we really do know about the origin of the April 26 signals. We need to confirm that they indeed originate from a neutron star colliding with a black hole before we can figure out what those objects looked like before, and what the resulting cosmic chimera looks like now. Chatziioannou explains that she and her team need some time to sift through the gravitational wave data as well as other measurements like gamma rays and x rays. It would also help to discover more events like this in the coming months to ensure it isn’t a false alarm. For now, the probability that this is neutron star-black hole merger is four times higher than the odds it is simply a binary neutron star.

But there is certainly no lack of ideas for how such an event occurred. One theory, says Shaon Ghosh, a postdoctoral research associate at the University of Wisconsin Milwaukee and a member of the LIGO team, is a “co-evolving system, where two massive stars spend their lifetime in a binary system, evolve and then form a neutron star and a black hole. These two compact objects emit gravitational waves, losing energy and angular momentum and shrinking the separation between them and eventually coalescing.” Another theory involves something called dynamical capture, where an unrelated neutron star and a black hole accidentally get too close, and start to gravitationally interact with each other, until they eventually merge.

If we get confirmation, however, it would be an astounding discovery. The confirmation of gravitational waves has consistently been touted as proof of a major part of Einstein’s theory of general relativity, but many have hoped our detection of these signals could help us glimpse a whole new world of astrophysics. It looks like these could be one of the first examples of that realized potential.

“Any system that involves a neutron star carries information about dense matter at extreme densities,” says Chatziioannou. “So by studying the gravitational wave data we might be able to infer something about the properties of the neutron star matter.” Ghosh adds that follow-up observations ought to help us understand the disruptive physical effects that occur under the extreme gravity exerted by black holes.

It’s going to take time for the LIGO and Virgo teams to sit down with the results and make more sense of them, but if these first round of hypotheses hold true, we’re on the cusp of a major paradigm shift in our understanding of the astrophysics of the known universe.