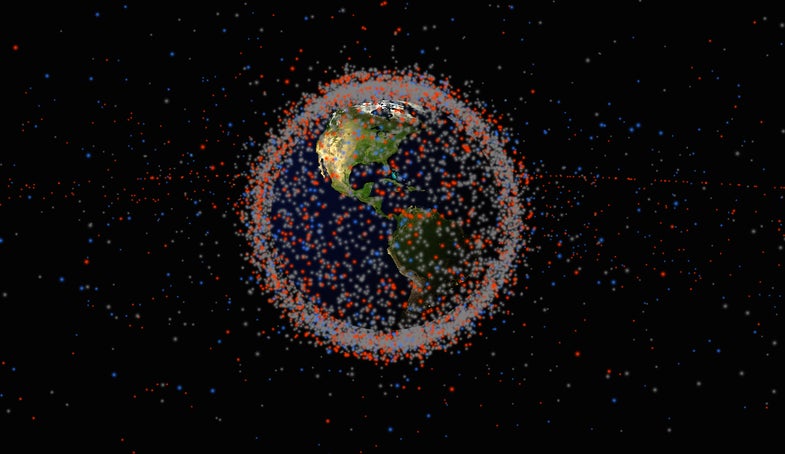 From down here on the ground, space looks like a pristine void. But Earth’s orbit is actually crowded with a ton of stuff, from human-made satellites to many smaller pieces of debris whirling around at dangerously high speeds, as the film Gravity so memorably dramatized. In fact, there are an estimated 500,000 or so smaller orbital debris (between one and 10 centimeters in diameter) and about 21,000 larger bits (larger than 10 centimeters) spinning around Earth right now, according to NASA’s Orbital Debris Program Office.

And now you can see all but the smallest bits moving around us right now thanks to “Stuff In Space,” a mesmerizing new website designed by young programmer James Yoder, which tracks the paths of hundreds of thousands of orbital objects in realtime. “The website displays anything currently trackable — low-earth orbit, geosynchronous, and anything else there is,” Yoder tells Popular Science in an email, referring to satellites that are far enough away to orbit the Earth once every day (geosynchronous) or closer and orbit more rapidly (low-earth orbit). 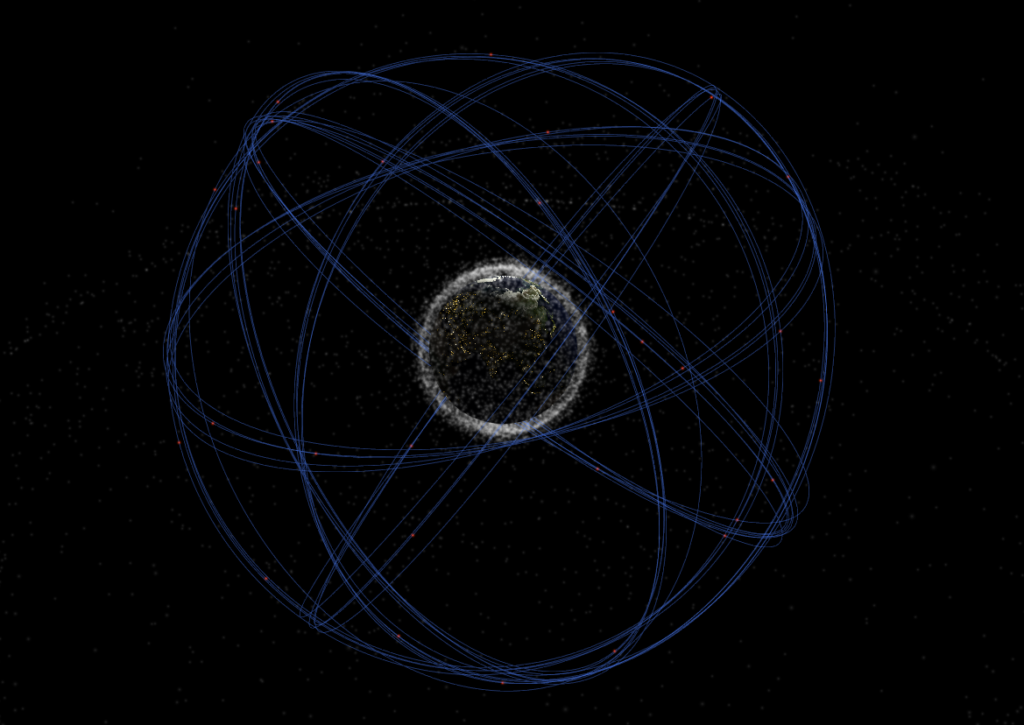 Screenshot of GPS orbits from ‘Stuff In Space’

As you glide your mouse across the screen, the orbits of satellites and large debris are highlighted as blue lines and their names or designations displayed in text. You can also hover over the “Groups” section to see views of some of the largest collections of related objects, such as America’s network of GPS satellites, Russia’s rival positioning system GLONASS, and the debris of the accidental 2009 collision between a Russian military satellite and American communications satellite (Iridium 33 and Kosmos 2251). There’s even a search function, if you happen to have a particular satellite name in mind (Polar Bear, anyone?) 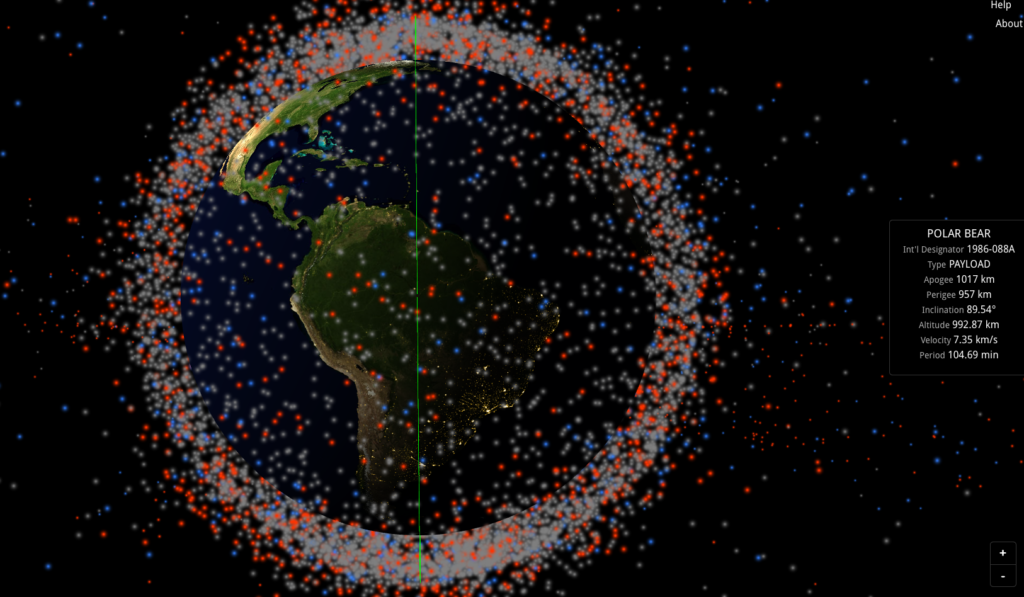 Orbit of the Polar Bear satellite from ‘Stuff In Space’

The data for the actual orbits comes from SpaceTrack, a publicly accessible website operated by the US Defense Department, but which so-far hasn’t been used to visualize object orbits in 3D much, nor quite so clearly and beautifully (a 2008 Google Earth plugin exists, but it focuses on satellites and the design isn’t as thoughtful). As Yoder tells Popular Science in an email: “Websites that track satellites existed, but usually only one satellite at a time, and usually they just plot the satellite on a 2D map of the ground.”

Yoder –a soon-to-be freshman engineering student at the University of Texas-Austin, and former participant in the FIRST Robotics Challenge— says he created Stuff In Space over the course of “about a month, working in my free time.” He cites Kerbal Space Program, a popular space simulator PC game, as inspiration for the project. Although he has school coming up in the fall, Yoder plans to add even more to the website, specifically “more information about different satellites and more satellite groups.” He also posted his source code on Github for others to emulate and expand upon his work.

As for why go to all the trouble, other than just the pure fun of making something, Yoder says: “I hope people get out of it a better understanding about the huge variety of stuff orbiting over their heads, and maybe learn a bit about how orbits work. I personally never realized just how many things are up there until I saw the plotted satellites for the first time.