We might finally know how the first black holes formed

How to make a black hole without a star. 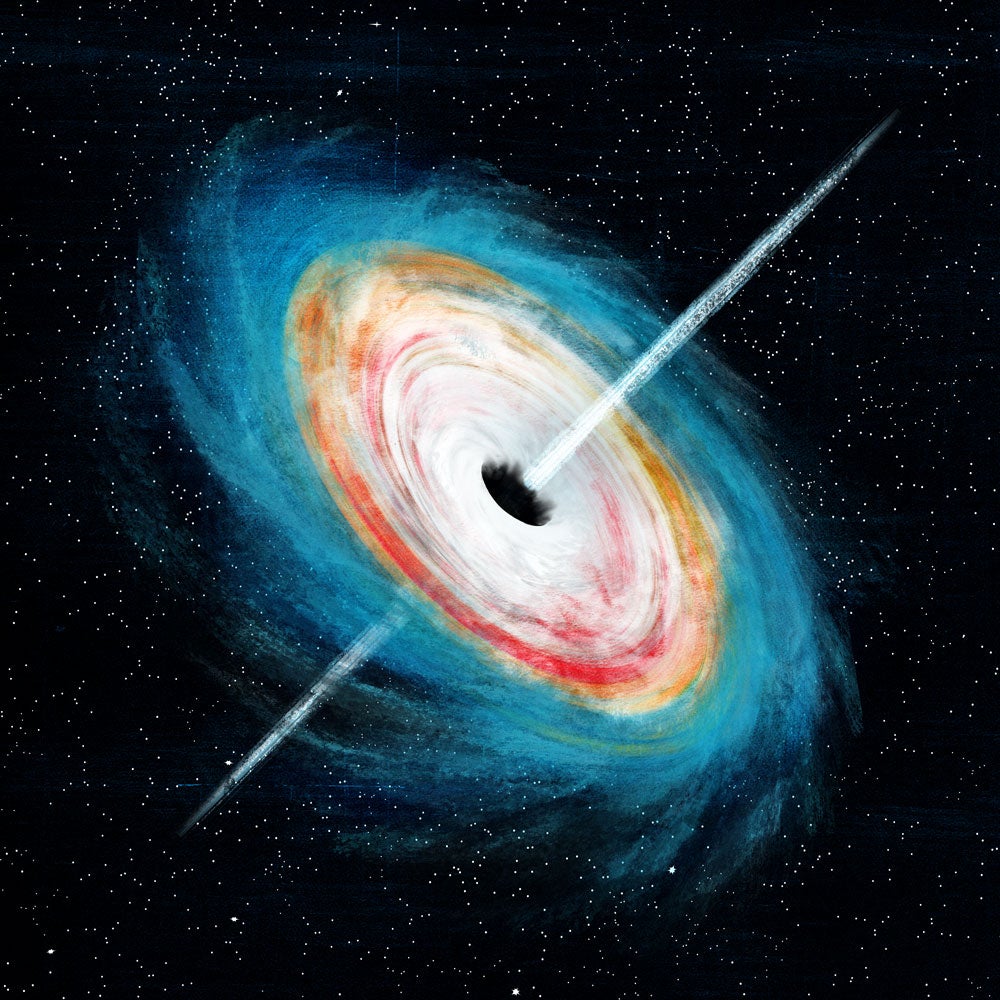 We might finally have a resolution to this cosmic chicken-or-the-egg problem. A new study published in The Astrophysical Journal Letters lends big support for an emerging model for how these objects might have formed sans-stars, potential giving cosmological clarity to a mystery that previously lacked any real scientific explanation.

Shantanu Basu, a physics and astronomy professor at Western University in Ontario, Canada, explains that the model is based around an alternate idea of what causes black holes to stop growing. In one corner of the ring, you have the “collapsar” model outlined above. In this case, “gravitational collapse is halted by the intense thermal and radiation pressure that is generated in the center of a collapsing gas fragment, AKA the star.”

In the other corner of the ring (and in sharp contrast) you have “direct collapse.” It hinges on the assumption that supermassive black holes can form extremely quickly during an extremely short period of time—and then halt pretty much instantly.

Let’s go back to the infancy of the universe, right after the Big Bang. You have a lot of primordial gas and dust that’s just been flung around. A lot of it. Some of this aggregates into globs so massive, they collapse into ultra-dense bodies that basically seed black holes on the spot. They begin feasting on the fresh gas and dust of the infant universe, without any sort of pressure valve to switch off the feeding frenzy. Eventually, the radiation produced by all these black holes and by other newborn stars in the universe puts an end to their massive proliferation and growth, leaving what we now call supermassive black holes.

In other words, within the first 800 million years after the Big Bang, we had black holes springing up and growing really, really fast, then suddenly stopping the binge after around 800 million years.

Of course, direct collapse is just a theory so far. Basu is hopeful future research can move forward with these findings to unravel more about the growth history of these incredibly massive bodies and see whether direct collapse makes sense. The fact that we can finally image them surely means we’re a step closer to verifying whether this model holds up to scrutiny.