Last year, we finally photographed a black hole. Now what?

In-orbit telescopes could help us image black holes like never before. 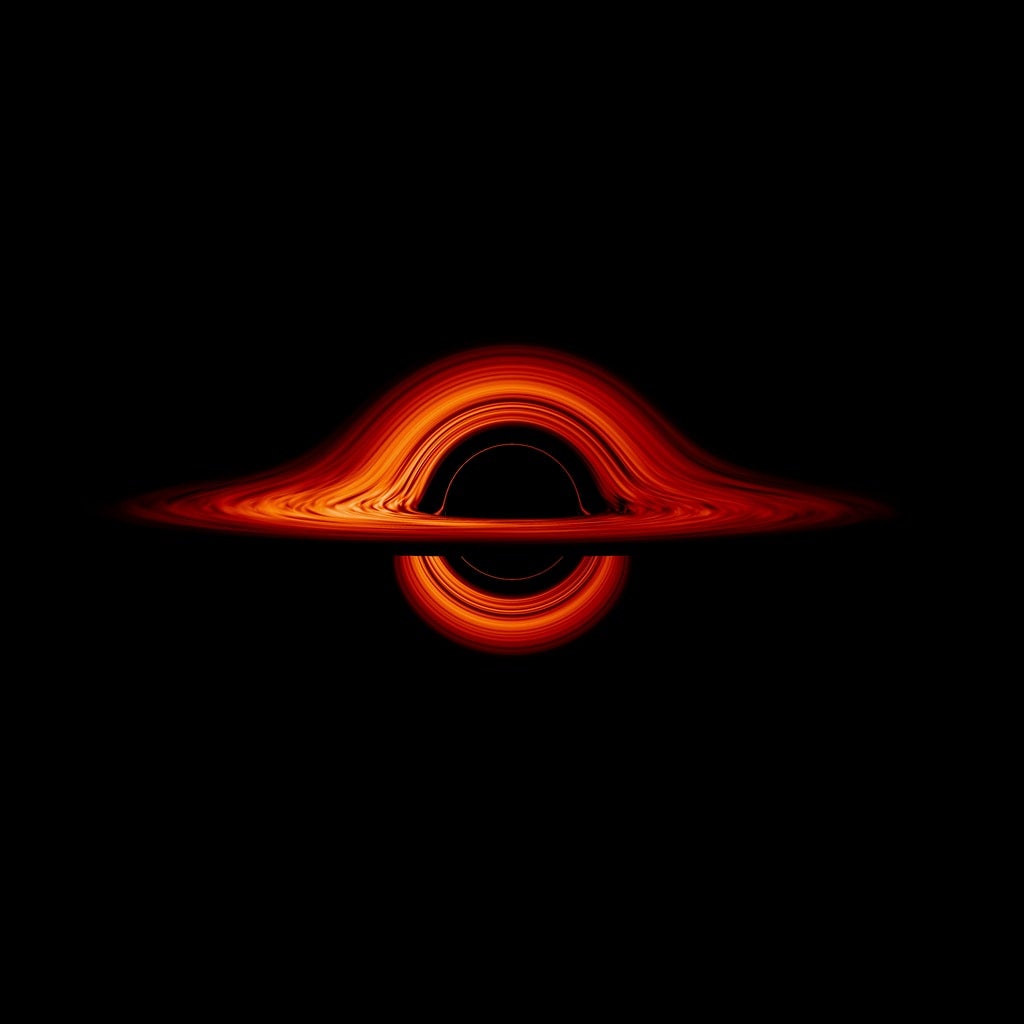 It took Sheperd Doeleman nearly a decade to pull off the impossible. As the director of the Event Horizon Telescope (EHT), a project involving an international collaboration of hundreds of researchers, he spent years flying suitcases full of hard drives around the globe to coordinate observations between radio telescopes on four continents, including Antarctica. On April 9, 2019, the collaboration at last released the fruits of their labors and the world gazed upon the first image of a black hole.

The feat—which pioneering black hole theorist James Bardeen called hopeless in 1973—represented a towering achievement of astronomical technology. But once the data processing was done and the champagne popped, the EHT collaboration in some sense resembled the dog who caught the car. “It took everyone a little by surprise that they got such a good image so fast,” says Andrew Strominger, a theoretical physicist at Harvard University. “Sheperd and Michael [Johnson, a Harvard-Smithsonian astrophysicist and EHT coordinator,] were asking me about it. ‘What do we do with this? We took the picture, now what?’”

Now Strominger and an interdisciplinary group of researchers including theorists, experimentalists, and one philosopher are back with a wild answer, which appeared last week in Science Advances. With access to a distant enough telescope, the EHT collaboration could discern multiple reflections of light streaming from around the black hole. By sorting through the precise pattern in these jumbled rays, astronomers could directly measure the basic properties of black holes and stress test Einstein’s theory of gravity like never before. Basically, they hope black holes will become more like stars and planets: not just objects to ponder, but to directly observe.

“These are objects that for me have just been equations that I try to visualize mathematically in my mind,” says Alex Lupsasca, a Harvard theorist who worked on the research. “But now we’re getting real pictures of them.”

The team did pencil-and-paper calculations using Einstein’s theory of General Relativity and simulations of unprecedented resolution to analyze what black holes do to light. Spoiler alert: it gets weird. “Black holes, they’re just kind of the best at everything they do,” Lupsasca says. And that includes bending light rays into loops.

As the densest objects permitted by the laws of physics, black holes have a lot of cosmic pull, and physicists have long known that the abysses cloak themselves in shells of light. Where Earth might attract a passing space rock—drawing it into a few orbits before it escapes into space—black holes can capture actual light particles. Anything crashing into the black hole gets stuck inside forever, but photons that closely skim the boundary can make a few turns around the black hole. “This is the warped nature of spacetime in your face,” Lupsasca says.

Exactly what Strominger, Lupsasca and their colleagues calculated was the light shell’s specific structure, and what it would look like from Earth.

Here’s how it works. As light rays approach the black hole, its fearsome gravity drags them into orbit. Rays passing at one particular distance make half a turn around the black hole before escaping into space. Rays passing a bit closer might make a complete circle before returning from whence they came. Rays passing closer still might make a turn and half, others two turns, and so on. Each of these infinite groups of light rays can form an image (if they hit a camera or an eyeball), so the black hole could produce an infinite number of such images. Strominger likens the trippy effect to standing between two department store mirrors and seeing images of yourself stretch off into the distance.

“In a perfect world with a perfect telescope, you’d look at the black hole and see not only an infinite number of nested images of yourself, but of the whole universe,” he says.

But the EHT is, like all telescopes, not perfect. It’s also not exactly a telescope, but technically an interferometer. Interferometers work by comparing observations of a distant point from two different locations. The farther apart the locations sit, the finer the features on the object they can resolve. Because the successive black hole reflections (which would appear as rings to an observer) get thinner and thinner, astronomers need to harness more far flung observatories to see them. Unfortunately, with facilities in Hawaii, Chile, Spain, and on the south pole, the EHT is running out of space. “They’ve already used up the whole earth just to see the first image,” Strominger says.

To spot the reflection rings, the EHT will have to go further still. Eventually, the research authors conclude, the collaboration should add a space-based observatory to their network. Just one would do it. A satellite orbiting the Earth could clearly spot the first ring, or hardware orbiting the moon could see the second. If they could get a spacecraft out to a location between the Earth and the Sun known as the second Lagrangian point (the destination of the upcoming James Webb Space Telescope) they could resolve the first three rings. Such a mission might cost a few hundred million dollars—pricey but not as nearly as expensive as the largest science projects. “It’s something that someday someone will do,” Lupsasca says. “It’s just a matter of time.”

With that pile of cash, astrophysicists would be buying a wealth of black hole knowledge. An observation of the rings would immediately serve as the first test of general relativity in an environment with gravity intense enough to bend light rays into full-on loops. The way the rings narrow is very precise, so any deviation would signal that something weird was going on. “There’s no wiggle room,” Lupsasca says. “You go out there and do the measurement and it either matches the theory or it doesn’t.”

Few theorists expect a breakdown of Einstein’s most successful theory. Rather, they’re more excited about what the rings can reveal about the two black holes close enough to image in this way. Astronomers have a few ways of measuring the basic properties of a black hole, such as its mass and spin, but they have to make a lot of assumptions to do so. The ring pattern depends only on the black hole—having nothing to do with the glowing plasma and debris nearby—so such observations could provide a cleaner way for physicists to answer their most basic questions about these enigmatic objects.

And this analysis is just the beginning. After the work was released last summer (ahead of peer review), it sparked a flurry of follow-up research as physicists raced to flesh out the theory. “It’s emphasized that there are a lot of cool details we haven’t explored yet, and gotten us excited about possible new signatures,” says Elizabeth Himwich, a Harvard graduate student who analyzed how the type of light alternates from one ring to the next.

Lupsasca likens the effort ahead to the early days of biology. “Before you want to understand how to sequence DNA and use CRISPR to copy and edit DNA, first you go out into the woods and say, ‘that’s a tree, that’s a flower,’” he says. “This is where we’re at with black hole physics as an experimental science.”