Two Behemoth Black Holes, the Largest Ever Discovered, Could Swallow Billions of Suns

Good thing they are 330 million light-years away 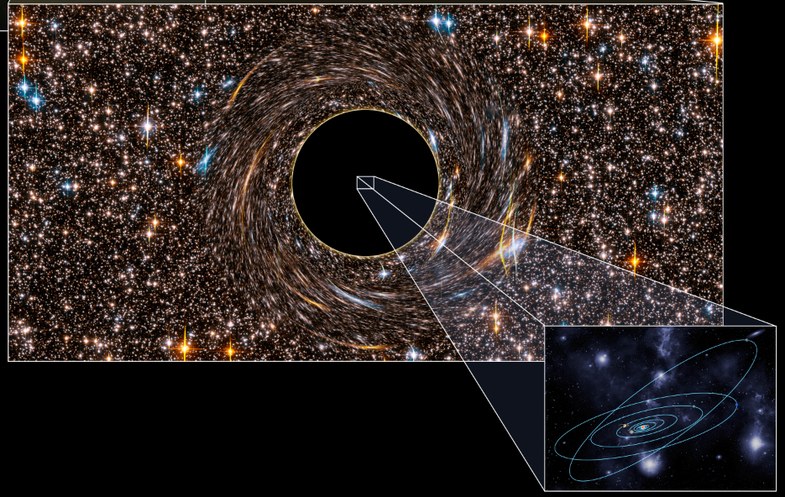 Astronomers have measured the two most enormous supermassive black holes found so far, vast realms of titanic gravity large enough to swallow 10 of our solar systems. The black holes are much bigger than predicted, suggesting extra-large galaxies and their black holes grow and evolve differently than smaller ones.

One of the monstrous black holes, in the center of the galaxy NGC 3842, weighs as much as 9.7 billion suns. It is about 331 million light-years away in the constellation Leo. The other one, NGC 4889, is of comparable or even greater mass, the researchers say — they’re not positive, but the numbers suggest it could be up to 21 billion solar masses. It’s 336 million light-years away in the Coma galaxy cluster.

The former heavyweight champ is a dwarf by comparison, tipping the scales at 6.3 billion solar masses. That black hole is at the center of the giant elliptical galaxy Messier 87.

Supermassive black holes of 10-billion-sun magnitude have been predicted based on the brightness of quasars, ultra-luminous distant objects that are largely thought to be spiraling discs surrounding the event horizons of black holes in the very early universe. But this is the first time such enormous black holes have ever been seen. They could be a missing link to the quasars, according to astronomer Michele Capellari, writing in a companion piece to the new black hole paper.

“These objects probably represent the missing dormant relics of the giant black holes that powered the brightest quasars in the early universe,” she wrote.

To weigh the black holes, Nicholas McConnell and Chung-Pei Ma at the University of California-Berkeley used the Keck and Gemini observatories to measure the speed of stars moving around the black holes. The faster the stars were moving, the more gravity was needed to keep them in check, so the researchers used these velocities to calculate the black holes’ masses.

They found the black holes were much bigger than predictive math would suggest, which means astronomers still have a lot to learn about how the biggest black holes form and evolve.

“Our measurements suggest that different evolutionary processes influence the growth of the largest galaxies and their black holes,” the researchers write.

The paper will appear in the journal Nature. 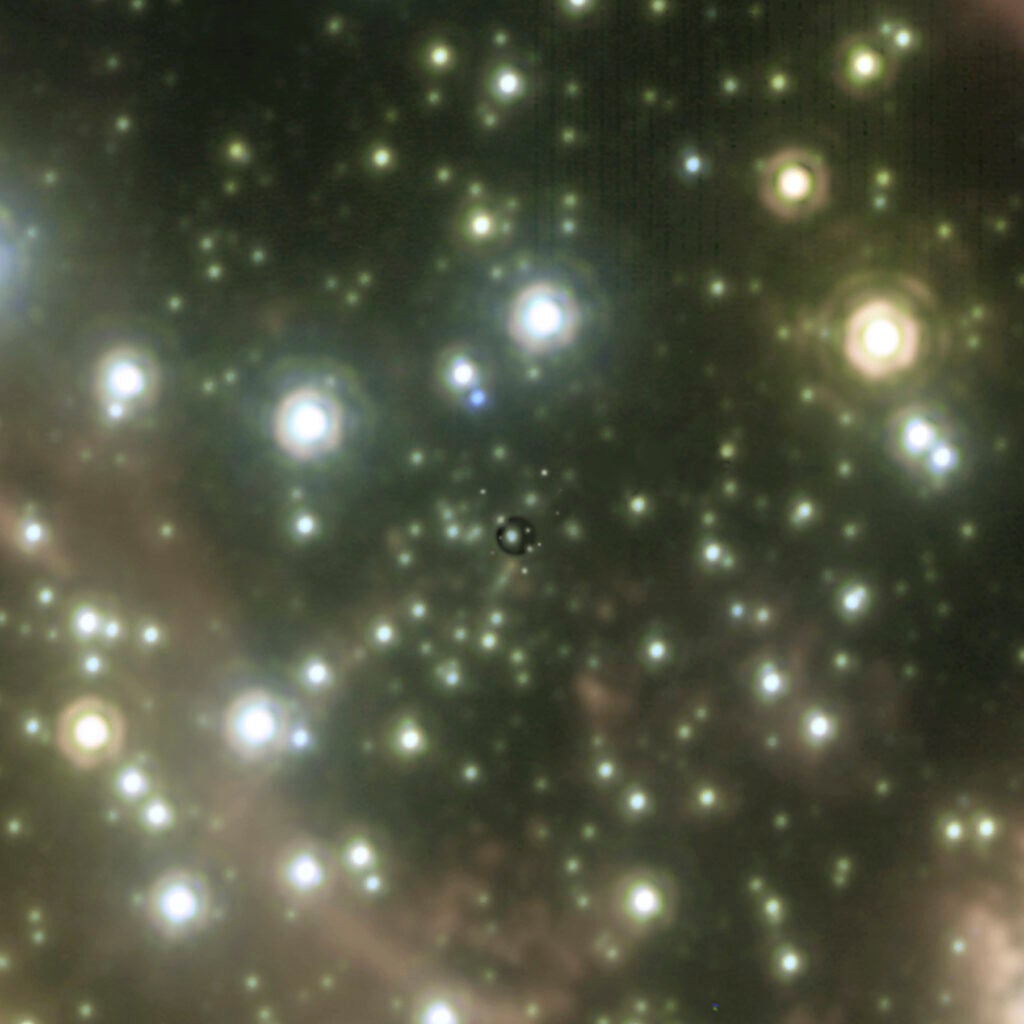 Our Own Black Hole, Through Adaptive Optics

Image of the center of our galaxy from laser-guide-star adaptive optics on the Keck Telescope. If a 10 billion solar mass black hole resided at the Milky Way’s center, its immense event horizon would be visible, as illustrated by the central black disk. The actual black hole at the galactic center is 2,500 times smaller, however.