Learning to farm on Mars could actually save agriculture on Earth

Can we, uh, not give up on this planet quite yet? 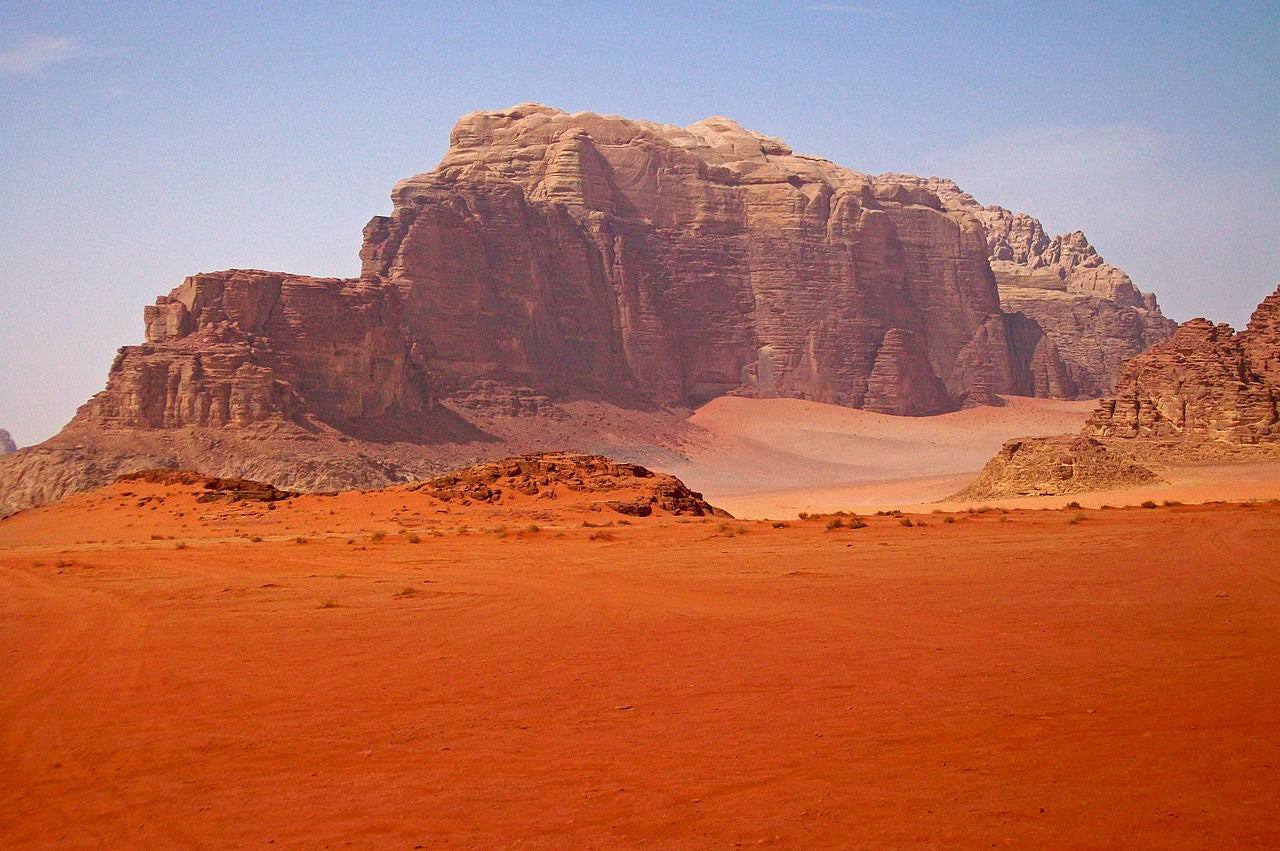 When I first spoke with Gene Giacomelli, he was overlooking an earthbound vineyard.

Wine tasting that afternoon in California’s Napa Valley, Giacomelli‘s first mission was to visit his son, a viticulturist. But the plant scientist claimed his weekend would also be spent conducting important scientific research. “Of course, some day, we’re going to be bottling wine on another planet,” he said from his perch in the back of a pickup truck.

For more than a decade, Giacomelli has overseen a project with the National Science Foundation to grow food on Antarctica, which NASA and others see as a fitting facsimile of what life might be like on the moon and Mars. While the public goal of the project is to better understand how farming would work in outer space, Giacomelli also hopes to improve farming here on Earth. Turns out, these goals may soon converge. If humankind can be convinced it’s too soon to abandon this planet for the next, developments in farming for Mars could come home to roost in Napa Valley—and around the country.

As just about everyone already knows, this planet is currently experiencing some pretty unprecedented challenges. So much so that Stephen Hawking claimed this week that we only have 100 years to get humans set up elsewhere in the galaxy or our entire species will face extinction. His statement is rather dubious, but it’s true that our future looks pretty bleak.

Take California. Until this winter, the state had been suffocated by drought for years. The lack of rainwater led to an overuse of groundwater reservoirs on agricultural lands. Now, the state’s fertile inland valley is actually sinking—as fast 2 feet per year—as the water table deflates like a perforated balloon beneath the surface. And while the drought was temporarily abated by a recent snowstorm, by most estimates it’s soon to return. Quite frankly, the state’s future looks a lot like modern Mars.

The fourth planet has no known sources of ready water, and regular dust storms engulf large swaths of the planet. To terraform it, we’d need nuclear weapons or artificially-stimulated global warming. Even then, these processes could take as long as 100,000 years to make the planet even close to habitable. California may be drying up, but it still provides our nation with everything from almonds and avocados, while growing even the sturdiest cactus—a plant known for being the exact opposite of high maintenance—is difficult to imagine in Mar’s Borealis basin.

And yet, many seem to have given up on California’s pernicious problems, while holding onto Mars as an innovator’s playground. With the right guy and a good plan, the narrative seems to go, our nearest neighbor will be habitable shortly. Self-appointed space colonization poster boy Elon Musk is actively testing space radiation-resistant jumpsuits and rockets meant to take us to Mars. NASA and the European Space Agency have joined him in the craze, running their own lunar greenhouses and new rovers through the ringer.

Amidst the horror and hoopla, a question is begging to be asked: If we believe we can feed a small colony of human beings with food grown on an inhospitable, waterless, and oxygen-free wasteland, why can’t we find ways to keep farming going on the planet we already know? Put more glibly, what’s really the difference between living sustainably on Mars today or in California in 100 years?

It’s not exactly a technological barrier. If someone says getting to Mars is, at the present moment, easier than improving the planet we’re already on, they’re probably lying. Besides, the lofty goals of off-Earthers like Musk have only been bolstered by real and relatively recent technological breakthroughs on this planet. “When you do look outward you come up with a lot of innovations, as we have in the space program,” says NASA’s former historian Steven Dick. In the 1990s, LED lights were patented for plant growth and have allowed farmers to grow more and larger plants in less space and time. The development of hydroponic techniques—where plants are grown without soil—is allowing astronauts on the International Space Station to grow their own salad mix in zero gravity.

Giacomelli and his team have incorporated these and other innovations into their design of a proposed closed loop lunar greenhouse. In theory, astronauts could grow half of the food they need each day and generate all of the water they need to drink and oxygen they need to breathe while living on Mars. “Think of it as a biological robot,” Giacomelli says of his system, which he imagines would be an 18 by 8 foot cylinder, about the size of a backyard swimming pool. An astronaut’s urine would be cleaned and processed and fed to plants. The plants would grow hydroponically and be fed by LED lights powered by solar panels, or even a portable nuclear reactor. As the plants grow, they would produce humidity, which would be extracted and condensed into drinking water. The cycle would repeat over and over. “You’ll keep the plants alive and they’ll keep you alive,” Giacomelli says.

But after years spent refining the idea, Giacomelli’s prototype remains just that—a proof of concept, not a real, mean green-making machine. Though we could use the system here and now, the will to implement the technology on Earth seems limited to Giacomelli himself. He says the system will likely remain a figment until NASA or some other agency pens its charter to Mars.

Other space-y farm ventures have experienced similar skepticism from earthlings. When Dickson Despommier first proposed the idea of a vertical farm, people were certainly intrigued. But they considered it more of a science project than a viable agricultural revolution. “They thought farming was such a natural thing to do that, ‘How could you put that into a building?'” Despommier says. “They don’t think about the Dust Bowl, they don’t think about crop failure, about drought in California, about pests and locusts and birds eating the seeds.” We neglect to think of all of the unnatural things we’ve already done, he argues, and the great challenges nature continues to pose.

In the intervening decades, vertical farming—which involves densely stacking crops in enclosed spaces and using hydroponic and LED techniques to grow them—has failed to revolutionize farming. But it is an increasingly important part of a slowly diversifying agricultural sector. There are about 100 farms in operation in the United States today, Despommier says, and many more dotting the globe. Simple greenhouses that rely on sunlight and traditional fertilizers have been adopted more widely, with more than 230 million square feet of greenhouse production domestically. Though still dependent on natural forces like light, greenhouses are a necessary link in the evolution of farming, allowing once-seasonal crops like tomatoes to be grown year round.

That’s partly because the produce from a greenhouse is equal to outdoor agriculture in cost, but vertical farming and other space-age techniques are still pricey—though no longer prohibitively so. Daniel Schubert, a space farm expert with the German Space Agency, has conducted two studies to analyze this persistent economic gap. Five years ago, he found that growing organic matter with hydroponics and LED lights cost $12.80 more per kilo than traditional farming in the German countryside. This was disappointing, but he predicted—and has come to prove—the price would even out as the tools of the trade became more widely available and farmers became more efficient in this new medium. Last fall, a new study revealed the current cost is just $3.20 more per kilo, and likely to continue to drop. He thinks this shows technology designed for the far reaches of space can be implemented in our own neighborhood.

In addition to these breakthroughs, there are a million other earthbound farming innovations currently underway. In Italy, researchers are testing the waters—literally—to see if underwater farming is actually viable. Monsanto and other researchers are working on developing salt and drought resistant seeds.

Despite this upward trend for alternative agricultural methods, things still seem to be moving faster on Musk’s drafting table for Mars than they are on the ground in California. Dangerous disruptions to Earth’s ancient equilibriums, meanwhile, are occurring at a faster pace than ever. In the next century, California is likely to become even more resistant to our current practices unless past carbon emissions are reabsorbed and future footprints reduced. And Mars is likely to remain inhospitable, even if a manned mission finally breaches its thin and dusty atmosphere.

Dick, the space historian, is right that we are pushed to innovate when we think about what’s new and next. But I can’t be the only one who feels a little dry and deflated—like the chalky space ice cream we sampled as kids—when faced with the prospect of giving up on this planet in pursuit of another one. Maybe we should reflect on what colonizing almost every inch of Earth has done to the planet before we head off to next one. And maybe what we need to discover isn’t the promise of a new planet, but the resolve to rectify the mistakes we’ve already made.