If you can make it here, you'll make it anywhere 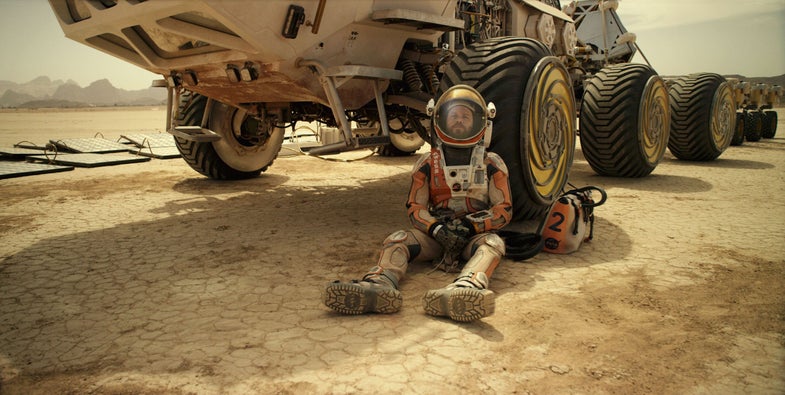 NASA really wants to go to Mars in the 2030s. Last week, the agency released a report about its progress and plans for the #JourneyToMars. Though the report is mostly filled with optimism and abstract goals, it does outline a few of the awesome/important technologies that NASA hopes to develop in the coming decades. Here are a few: 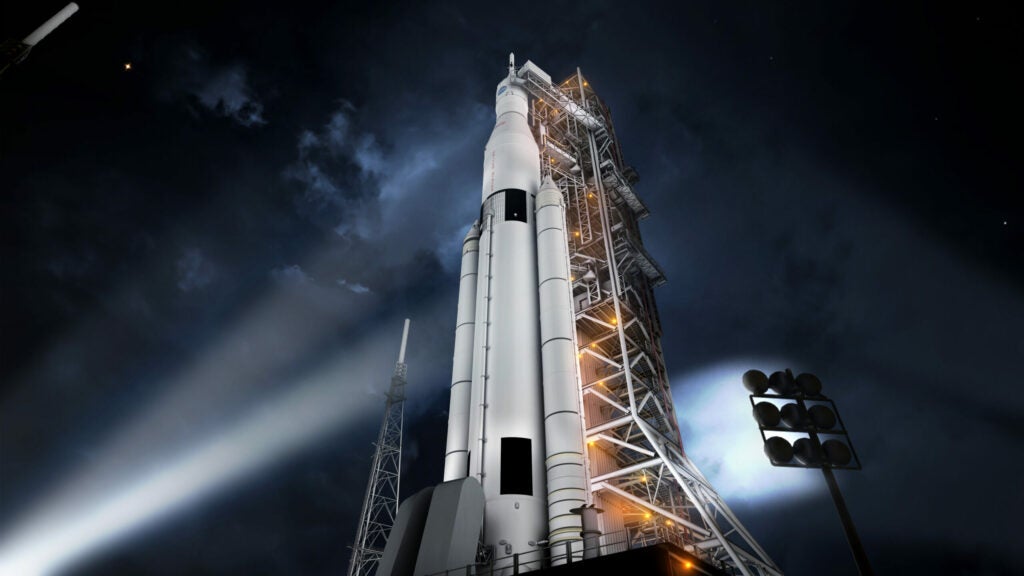 The successor to the Space Shuttle could be ready for liftoff as early as 2018. When it does take off, NASA’s Space Launch System will be able to carry 70 metric tons of supplies into orbit. Later, it could send payloads of up to 130 metric tons into a trajectory towards Mars.

At 382 feet tall, the SLS will eventually be the largest launch vehicle ever built, and even more powerful than the Saturn V rockets that carried the Apollo astronauts to the Moon. “This payload capacity far exceeds the capability of current and planned commercial launch vehicles,” says the report.

Along with the Orion crew capsule (also in development at NASA), the SLS could eventually carry astronauts to Mars and other deep space destinations.

The SLS is powered by the combustion of liquid hydrogen and liquid oxygen. But SLS is only meant to carry astronauts out of Earth orbit. For the approximately 7-month journey to Mars, using rocket fuel to propel a spacecraft requires a large gas tank that would be very expensive to launch off the ground.

Instead, NASA might use the power of the Sun to send cargo, supplies, and maybe even astronauts to Mars. 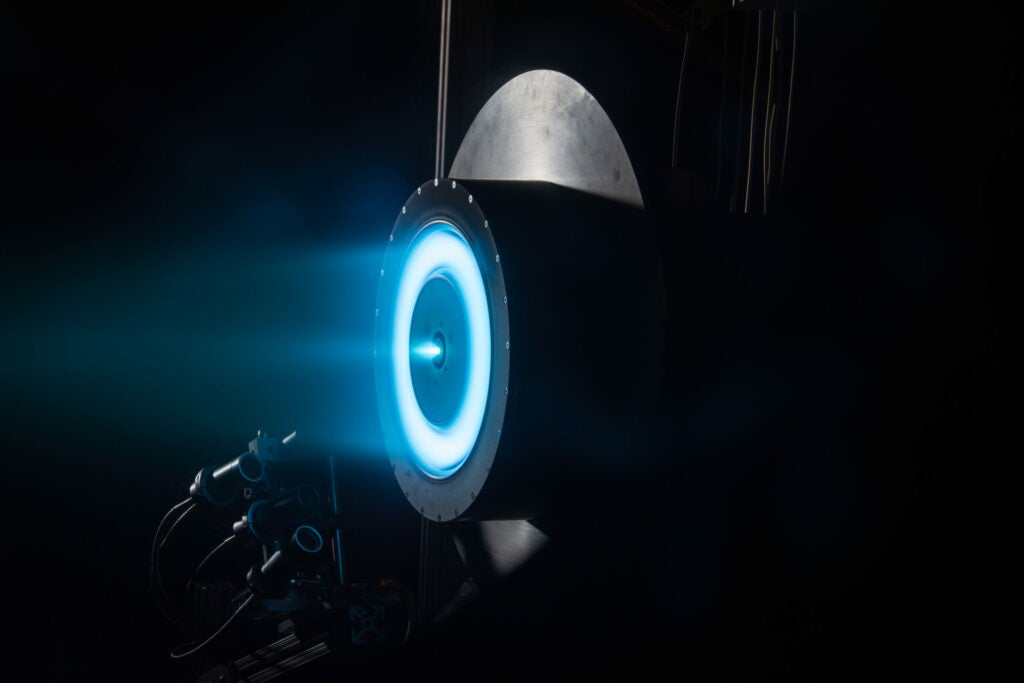 The method (which is being called Solar Electric Propulsion) would move the spacecraft by shooting ions out its backside. This is similar to the engine that the Dawn spacecraft used to get to Ceres. Electrons break down xenon gas into plasma, and an electric field accelerates the particles until they shoot the back of the engine at high speeds. Solar power provides the electrons to make it work.

Solar electric propulsion doesn’t provide the enormous thrust of rocket fuel. Instead it builds up speed slowly over time, eventually propelling the spacecraft at up to 200,000 miles per hour. And ion propulsion is very efficient too, using up to 10 times less propellant than rocket fuel.

The technology is already real, but now NASA needs to dramatically scale it up. To drive a heavier payload, the ion engines will need to be at least an order of magnitude more powerful. In the 2020s, NASA plans to use the Asteroid Redirect Mission to test a version of the engine that’s 5 times more powerful than the Dawn spacecraft’s. 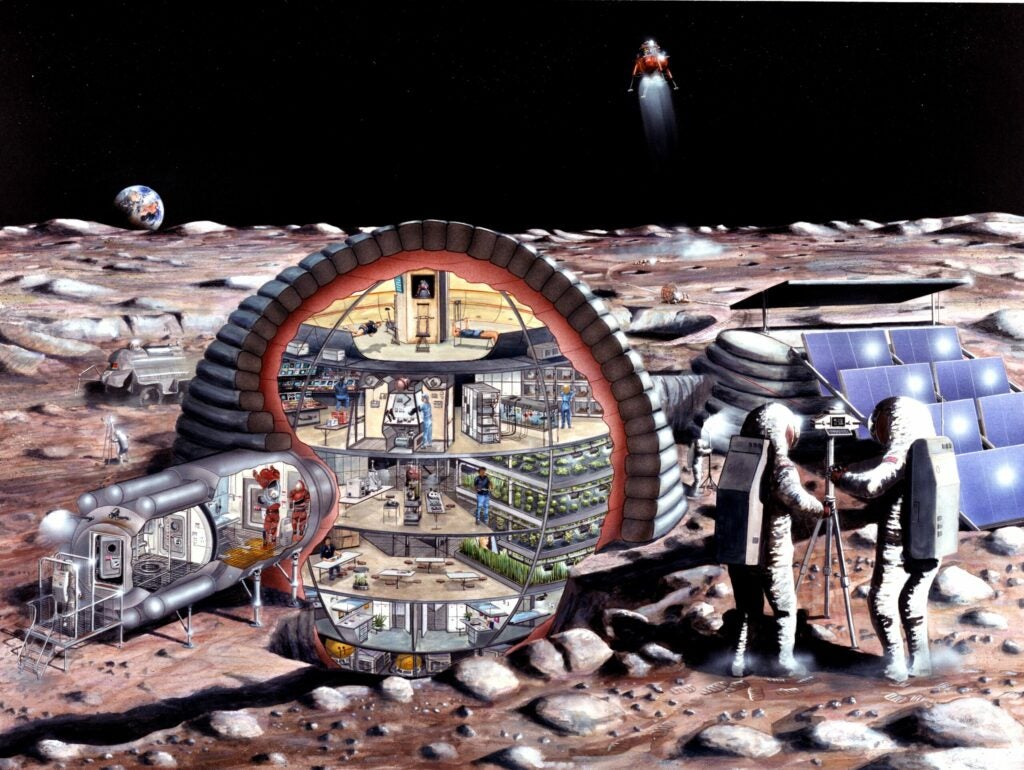 Drawing of a Mars habitat

If we want our astronauts to get to Mars and back in one piece, we can’t just cram them into a Humvee-sized Orion capsule for three years. NASA wants a deep space habitat that attaches to the Orion capsule to provide more living space (and a bathroom) for the astronauts on board, as well as a habitat for them to live in on Mars. Such a habitat would need to provide life support, fire prevention, and radiation protection, in addition to giving the astronauts room to exercise and do their work.

Martian astronauts could spend a year or more on the Red Planet. During that time, they’ll want to roam around outside, exploring and collecting data. Unfortunately, Mars wants to kill us (just ask Mark Watney…). 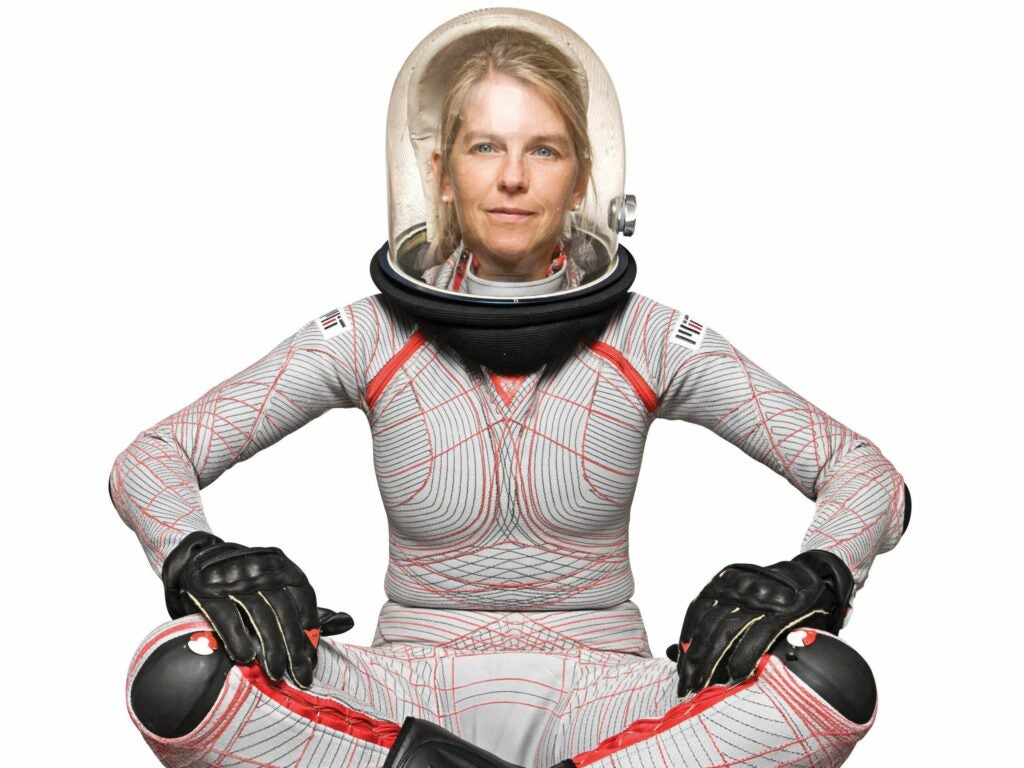 New spacesuits will need to protect against Mars’ damaging radiation and cold, thin atmosphere, while still allowing the astronauts to do their work. Today’s spacesuits are a lot like balloons, making it hard to move around–especially the hands. But researchers are designing outfits that are easier to get around in. They may also incorporate augmented reality, self-healing materials, and interwoven bio-monitors.

NASA plans to test a next-gen spacesuit when it sends astronauts to rendezvous with a boulder during the Asteroid Redirect Mission. 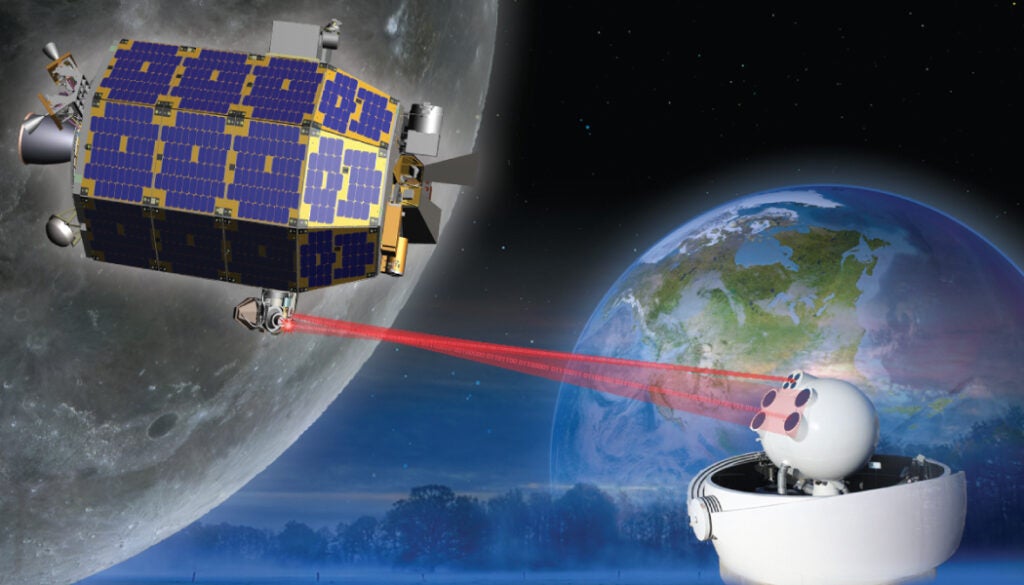 During a 2013 test, a laser communication system allowed NASA’s Lunar Atmosphere and Dust Environment Explorer (LADEE) to download information at 622 million bits per second. Other designs might be able to send data at a few billion bits per second out to the distance of Saturn.

Developing these technologies won’t be easy. It’s going to take many years and billions of dollars, and some experts are skeptical that NASA can make it happen. There are plenty of challenges to overcome on the “journey to Mars”, not the least of which is NASA’s flatlining budget. But going to Mars would be pretty sweet.