NASA’s Newest Engineering Challenge: How To Change A Light Bulb

NASA is changing all of the light bulbs on board the International Space Station to help famously insomniac astronauts sleep better. 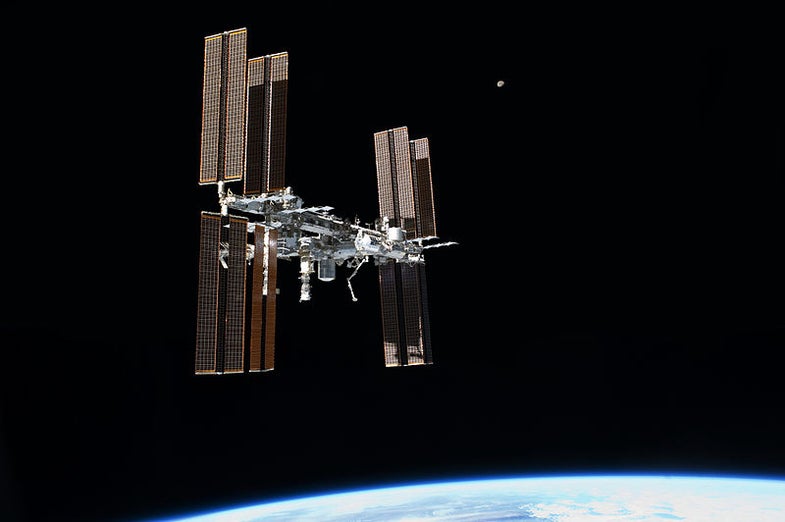 Astronaut insomnia is somewhat legendary at NASA, with astronauts popping sleep pills with regularity and averaging only six hours of sleep a night, far less than the eight and a half hours they’re technically allotted. This can cause serious problems as fatigue sets in. To help matters, NASA is embarking on a major mission to change all the light bulbs on the space station.

The right type of light can work wonders for people whose circadian rhythms are messed with by working in (or through, as it were) space. Scientists working on Mars missions have to live on Mars time, for instance, which causes great consternation as sleep schedules constantly shift. But a recent study by Steven Lockley at Harvard University found that blue light and efficient “sleep hygiene,” as it’s known, can improve matters.

This is partly because of the relatively recent discovery that mammal eyes have a special time-telling ability. Photoreceptors in ganglion cells at the front of the retina are not used for vision, but are able to detect light at the blue end of the spectrum (which we learned about in Lockley’s Mars blue-light study this fall). These cells help the body calculate time, and stimulating them can affect a person’s perception of day and night. This works in part by interfering with the production of melatonin.

On the ISS, astronauts’ ganglion photoreceptors are constantly stimulated by the 90-minute cycle of sunrise and sunset–and the constant presence of the station’s interior lighting system. The result could be less melatonin production, and therefore fitful sleep.

NASA plans to swap out 85 fluorescent lights on the U.S. portion of the orbital lab and replace them with special diffused LEDs, which can filter light into different hues. They would provide white light during work hours, bluish light in the morning or when it’s important that astronauts wake up for an emergency, and reddish light to help them sleep. Scientific American reviews the effort by Boeing to build the new lights, which would be installed by 2015.

Lockley, who conducted the Mars blue-light study, is also studying the efficacy of the new lights. Meanwhile, electronics giant Philips recently announced its new Hue bulb, which can be tuned to the red or blue end of the spectrum using a smartphone. So it’s possible lights like this will be prevalent on Earth as well as in space.

Still, as the SciAm article points out, the reasons for astronaut insomnia are many and varied, encompassing anything from Houston-Moscow command center time zone shifts to stale air and constant noise. New light bulbs won’t change any of that, unfortunately.