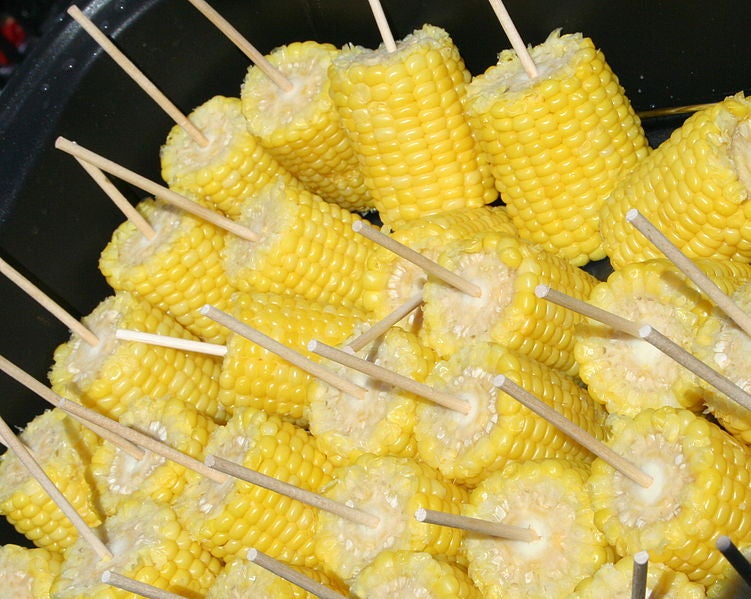 Someday, it will be be summer again and it will be time for fresh sweet corn. In the future, you might be able to eat the whole thing, cob and all.

This weird possibility is courtesy of some scientists at Virginia Tech, who have transformed cellulose, a mostly indigestible polymer, into helpful, indispensable starch.

Plants produce cellulose and starch, which are chemically similar, for very different purposes. Cellulose forms the cell walls of most plants, algae and even some bacteria, and we use it for anything from clothing (cotton is almost all cellulose) to paper to ethanol. Starch is a plant’s energy source, and it’s ours, too, in the form of tasty things like potatoes, wheat and corn. The difference between the two is a simple change in the hydrogen bonds that form the molecules.

Animals like cows and pigs can digest cellulose thanks to symbiotic bacteria in their digestive tracts, but humans can’t. It’s important in our diets as source of fiber, in that it binds together waste in our digestive tracts. Y.H. Percival Zhang, an associate professor of biological systems engineering at Virginia Tech, set out to make it a food source.

Since cellulose and amylose are both glucose chains, you would just have to rearrange their hydrogen bonds. This is anything but simple, although essentially Zhang and colleagues used chemistry. They worked with a series of synthetic enzymes to break down the hydrogen bonds in some plant material that would not otherwise be used for food, like corn cobs and leaves. The “enzyme cascade” enabled the cellulose molecules to reconfigure into amylose, which is a form of starch. A key ingredient in this process, a special polypeptide cap, is found in potatoes.

The resulting product is not exactly the future of bread flour, but it can be used as a fiber source, or food-safe biodegradable packaging, perhaps. The remaining portion of the original material was treated with microbes to produce a form of glucose that can then be used for ethanol. The whole process didn’t require any unusual heat or chemical reagents, other than the enzymes themselves, so it would be easy to reproduce on larger scales, Zhang and his colleagues say.

Cellulose is the most common carbohydrate–indeed the most common organic material–on the planet, so using it for food could be a superb way to feed millions of people, they argue.

“There is an urgent need to use abundant and renewable nonfood agricultural and forest residues and dedicated bioenergy crops that can grow on marginal land and require low inputs,” they write. The paper appears this week in the Proceedings of the National Academy of Sciences.