Next Summer Is Already Better Than This Summer

For a simple reason: it’ll be seven days longer 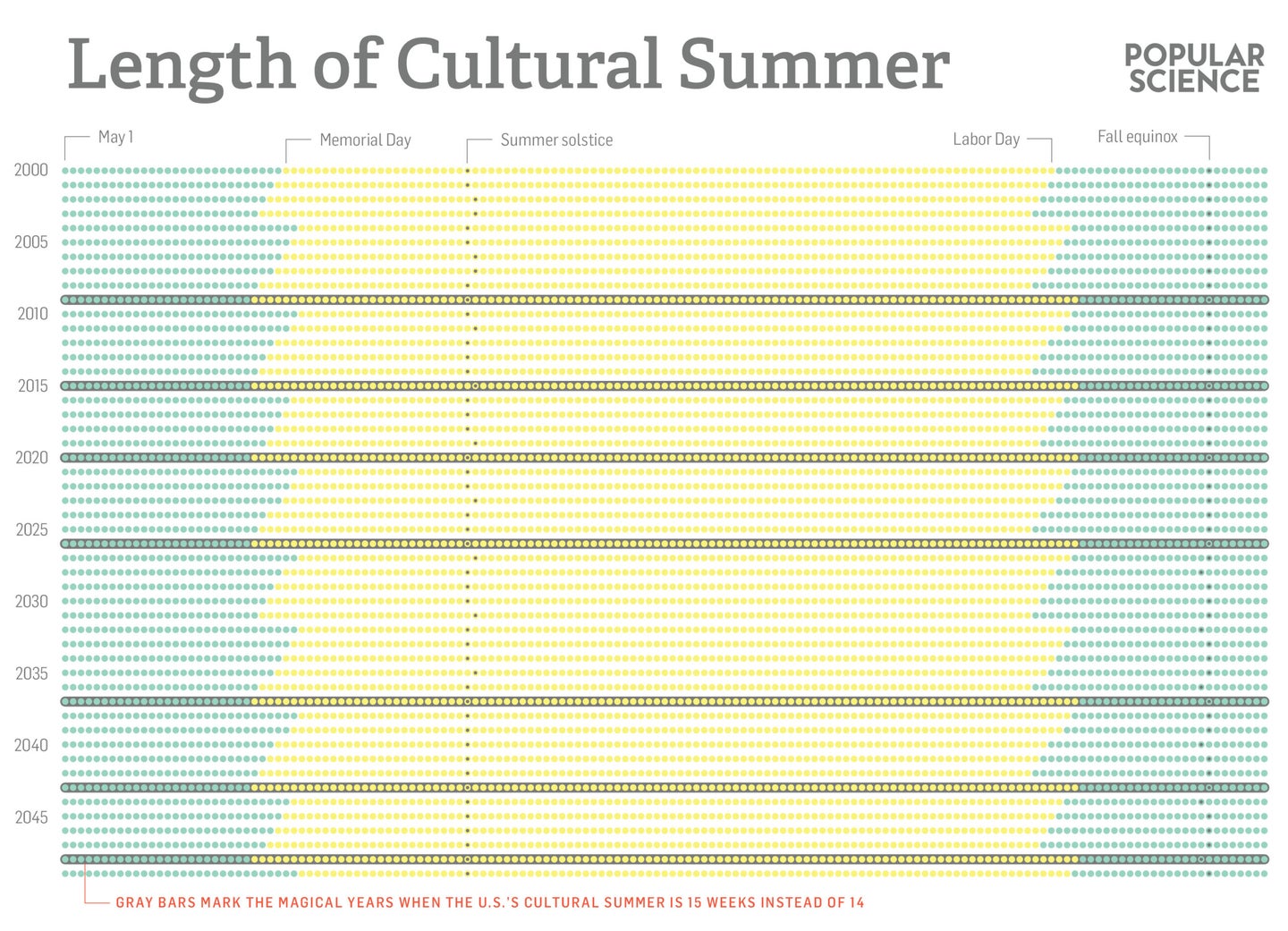 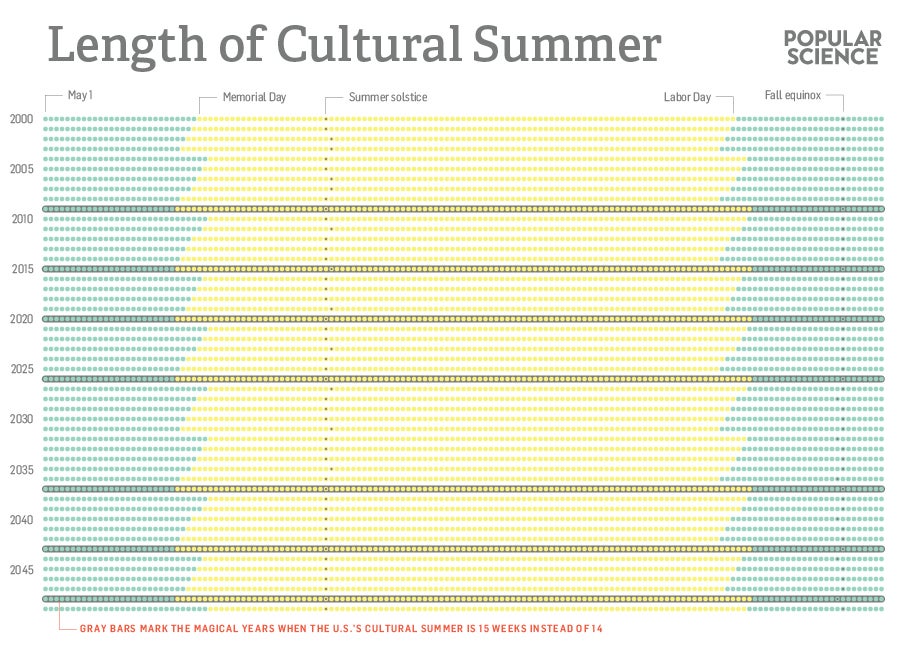 Each dot here represents a day, starting with May 1 each year. The days that fall between Memorial Day and Labor Day are in yellow, rather than green. In some years, highlighted in gray, the two milestones capture an extra seven days. For comparison, small gray circles mark the traditional 93.66-day solstice-to-equinox summer. Judge for yourself which is superior. Click here to see this image bigger!

In the U.S., summer is the stretch of sun-dappled days between Memorial Day and Labor Day—never mind what the calendar says about solstices and equinoxes. I’ve come to think of that May-to-September period as “cultural summer.” Here are three reasons why cultural summer is an unassailably better definition of the season than the astronomical summer:

1. Cultural summer is always longer than the solstice-equinox summer. In a typical year, Labor Day is 14 weeks after Memorial Day—a span of 99 days. That’s almost a full week longer than the 93.66 days between the summer solstice and fall equinox.

2. Cultural summer is sunnier. In the northern hemisphere, the sun is above the horizon longest on the solstice. Because cultural summer is shifted earlier in the year than calendar summer, it captures more daylight. That is to say, the three cultural-summer-only weeks in late May and early June are closer to the solstice than the calendar-summer-only weeks between Labor Day and the fall equinox. Thus, even if the two summers were the same length (which they aren’t—see point number one), cultural summer would boast more daylight hours.

3. There are magical, magical years where cultural summer is 15 weeks long, instead of 14. It’s a trick of the calendar; when the last monday in May is as early as it can be, and the first monday in September is as late as it can be, an extra week slips in between the two. This graphic highlights the years with these super extend-o summers. Alas, 2014 is a regular 14-week season. But next year and 2020 will both offer up an extra seven days for beaches, cookouts, and sundowners. Let’s get started.