Rocket science is inherently dangerous. With significant quantities of fuel and oxidizer under pressure in the presence of fire, testing... 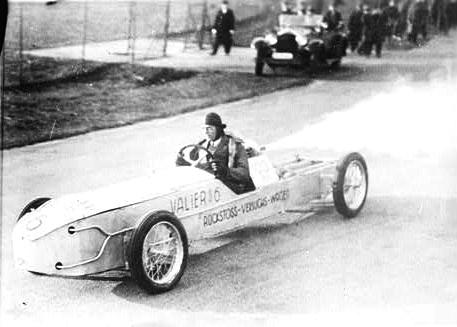 Rocket science is inherently dangerous. With significant quantities of fuel and oxidizer under pressure in the presence of fire, testing a rocket engine is basically containing and measuring an explosion. Modern tests are done with safety in mind, but this wasn’t the case 80 years ago. In the 1930s, when rocket engines were still an unproven technology, engineers routinely ran tests in frighteningly unsafe conditions, surviving mainly on luck. But on May 17, 1930, Max Valier’s luck ran out. 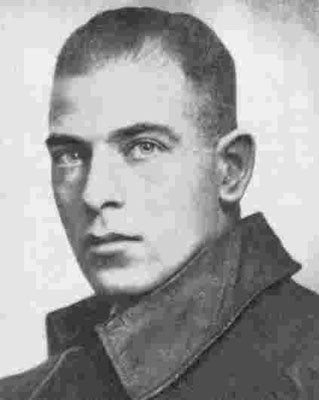 Valier is best known as one of the rocket’s chief cheerleaders in the 1920s. He was so excited by the technology and the rocket’s potential to send men into space that he sought ways to excite the public and attract sponsors for his own experiments. He fitted rail cars, sleds, gliders, and most notably race cars with rockets for public demonstrations. But these were all off-the-shelf powder rockets. What Valier wanted was a more powerful liquid-fueled rocket, and in January of 1930 he started experimenting with liquid propellants.

Valier’s set up centered around a standard combustion chamber, a steel tube with an upward-facing exhaust nozzle on one end and a propellant injector in the other. Liquid oxygen was fed into the chamber by small bores, its flow rate managed by a resistance disk that disrupted the flow. Fuel was introduced into the combustion chamber in the face of the stream of oxygen by opening a valve attached to its container. Once the fuel and oxidizer mixed, they were lit with a blowtorch. The flame roared upwards exerting a downward force that corresponded to thrust. Thrust was measured on a simple scale. As the chamber pushed down on one side of a scale Valier would add weights to the other, eventually figuring out how much force the rocket was putting out.

These tests were very hands on. Fuel and oxygen were introduced to the chamber by opening valves by hand. The pressure, and consequently the reaction, increased as the valve were opened a little more. 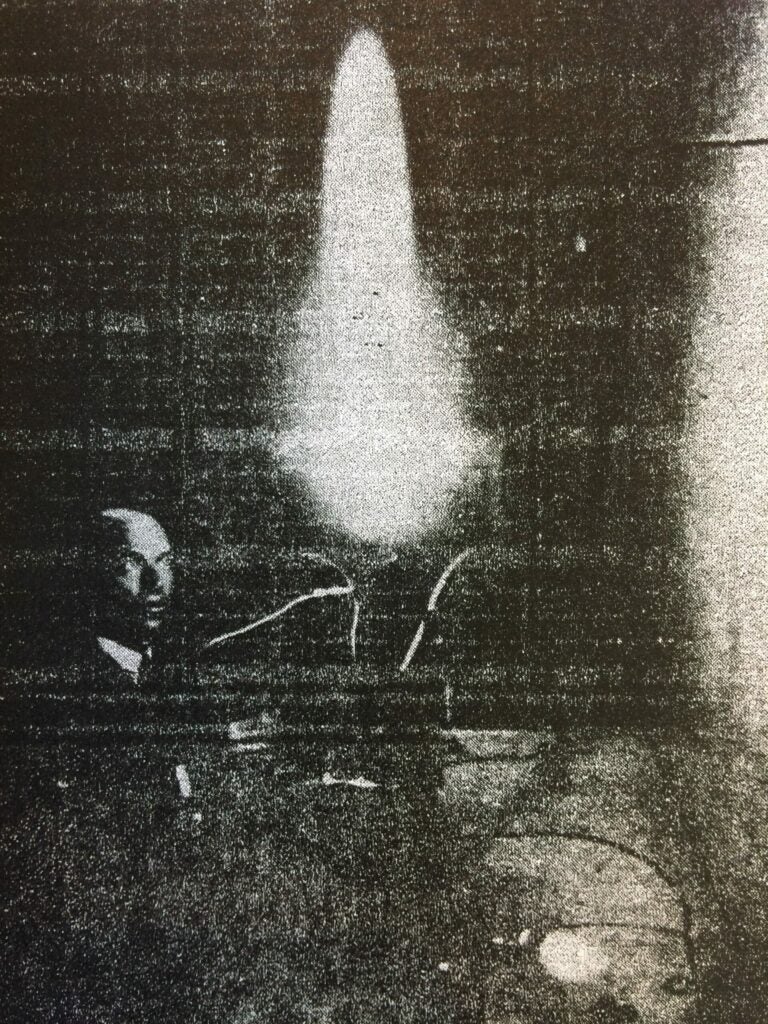 Incredibly, these tests were done without much regard for safety. Valier wore no goggles, no fire retardant clothing, and he didn’t sit behind a concrete wall looking through a small slit window. He sat right in front of the combustion chamber, his face fully exposed to the flame shooting upwards. There was no time for these safety considerations in rocketry’s early days, and even less money available to devote to creating a safe environment.

The danger caught up with Valier on May 17, 1930. He was assisted by Walter Riedel and Arthur Rudolph that day for a series of tests using kerosene mixed with water in conduction with liquid oxygen. Valier took his regular spot in front of the test stand and scale, and, after two successful tests, was so excited he pushed for one final run that evening. For the third time, the combustion chamber was pressurized, the kerosene and oxygen mixture ignited, and the familiar procedure of regulating the pressure by hand.

The test came to an abrupt end with a violent explosion. Riedel, his hand on the propellant valves, acted immediate to close them and kill the flame. Then he ran over to Valier who had collapsed on the floor. There was nothing Riedel or Rudolph could do for of Valier. A piece of shrapnel had pierced his pulmonary artery. He died within ten minutes.

Valier was just 35 when he was killed by his own curiosity. The great popularizer of rockets and proponent for manned spaceflight was unfortunately, but somehow appropriately, one of the first casualty of the modern space age.