Everything you need to know about geoengineering 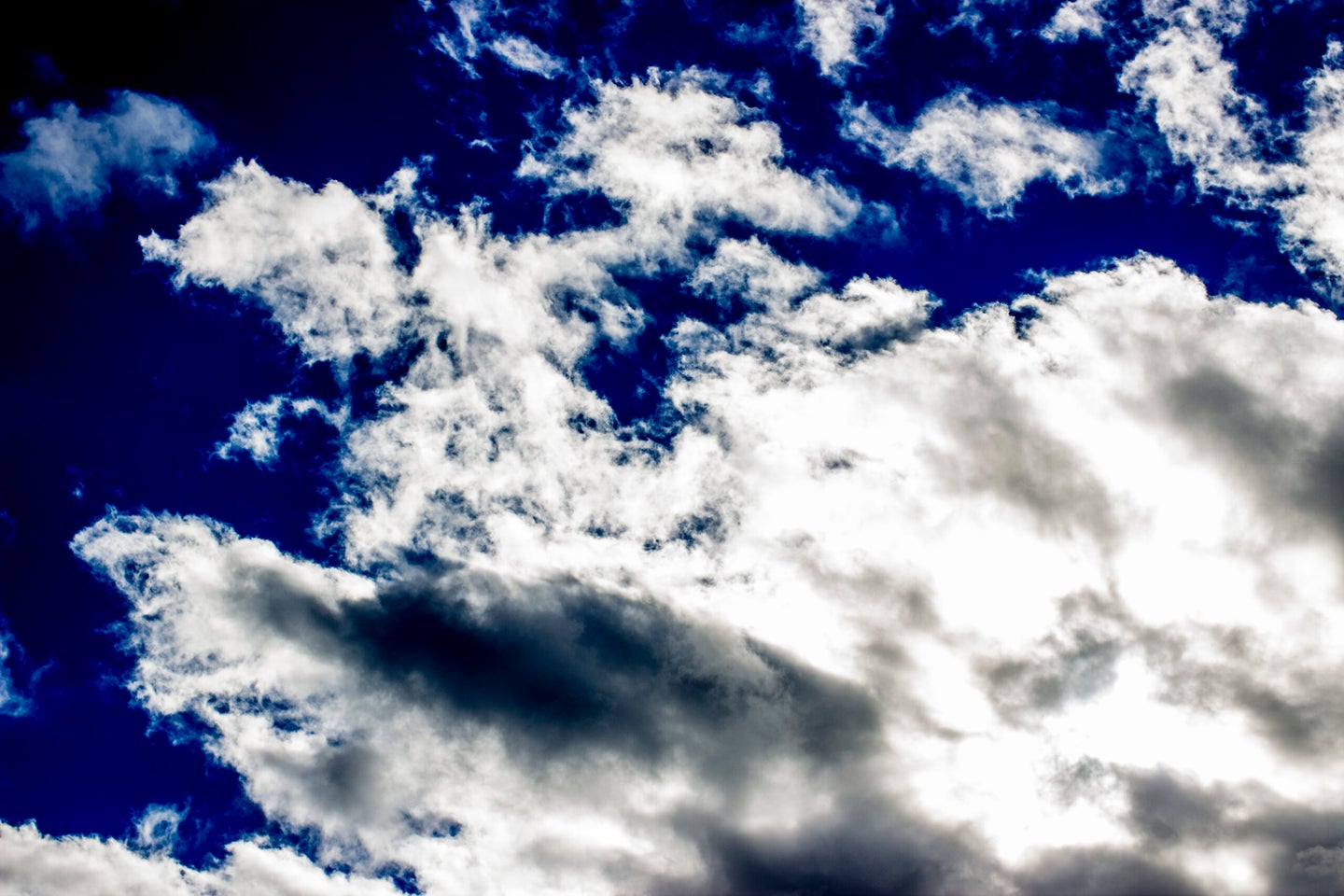 Whether we intend to or not, humans are altering the climate, and recent cuts to environmental science budgets suggest we shouldn’t expect America to dramatically curb its carbon emissions anytime soon. But while federal scientists are avoiding terms like “climate change” in their budget proposals, one word has been resurfacing in the media: geoengineering.

In late March, several news articles suggested the White House may be interested in geoengineering—the large-scale, intentional hacking of the climate to press “pause” on the worst effects of a warming world. Although those articles seem to be based on pure speculation (and fueled by an anti-geoengineering campaign), they were inspired by a real-world research project slated for 2018.

Next year, Harvard physicist David Keith and his colleagues plan to spray a small amount of water vapor into the stratosphere. Although he won’t be doing any actual geoengineering, the goal is to see how well this artificial cloud reflects the sun’s energy back into space, before it can heat the Earth.

The idea of purposely manipulating the climate is a controversial topic, and some environmental scientists aren’t even fans of feasibility studies like this. But as other types of climate initiatives dry up, geoengineering appears to be gaining momentum.

How does geoengineering work?

The greenhouse gases that our cars and power plants belch out are really good at trapping heat. As sunlight heats the planet, this blanket of CO2, methane, and other heat-trapping gasses prevents Earth from shedding some of this warmth into space. As a result, the global thermostat is rising.

Geoengineering could attempt to bring down the global fever in two ways. The first is by capturing carbon, either by planting forests that absorb carbon for photosynthesis and then store it as food, or via human-made technologies that pull carbon out of the air and store it underground. But scientists haven’t perfected those technologies yet, and they wouldn’t be as fast-acting as the second method, which would reduce heat by reflecting sunlight back into space. Some scientists think this could be done by seeding the atmosphere with shiny particles, extra clouds, or space mirrors.

Keith’s team plans to experiment with the second type of strategy next year, when they launch a high-altitude balloon to a height of 12 miles. Once at altitude, the balloon will spray up to two pounds of material into the sky across a space about half a mile long and about as wide as the length of an American football field. Then the balloon will swoop back through the spray to monitor how the particles interact with each other, how they distribute themselves through the air, and how well they scatter light.

Initially, Keith’s team will start by spraying water. On later tries, they may release a non-toxic limestone dust and/or sulfates, but only in very small amounts. An op-ed in the Guardian notes that if they do decide to test sulfates, they’ll release less material than a commercial aircraft typically emits during one minute of flight.

But at no point will the project try to cool the planet, says Keith, and these tests will pose no risk to people or the environment.

“This particular experiment is small enough and benign enough that it won’t matter for weather and climate systems,” agrees Kevin Trenberth, a climate analyst at the National Center for Atmospheric Research who is not involved in the 2018 experiment.

Instead, the study is intended to explore the potential risks and benefits of geoengineering, and how well it would work if we tried.

Would it even work?

When Mount Pinatubo erupted in the Philippines, it spewed 17 megatons of sulfur dioxide into the air. Those particles traveled high in the atmosphere and reflected some sunlight away from Earth, temporarily cooling the entire planet by about one degree Fahrenheit. (For reference, global temperatures are expected to increase by 0.5°F to 8.6°F by 2100.)

Thanks to this and other eruptions, scientists are confident that adding particulates to the sky could cool the earth. It’s the other details that are up in the air. What reflective materials would be best? How much do we need to create a given effect, and how would we get that amount into the stratosphere? How will this affect other parts of the world?

Keith’s research would begin to try to answer some of those questions. From the project website:

“Solar geoengineering may or may not be a useful way to reduce the long-run risks of climate change,” says Keith. “I think there’s enough evidence that it could be useful, that we should have a serious, international, open-access research program.”

The past few decades are proof that messing with the climate can have unintended consequences. Similarly, Mount Pinatubo’s world-cooling eruption in 1991 is suspected to have caused a shift in precipitation patterns, inducing floods along the Mississippi River and droughts in the African Sahel. Some modeling studies have suggested that geoengineering could cause similar disruptions.

Those side effects could be particularly worrying when they cross international boundaries. For example, if the U.S. uses solar geoengineering to try to curb warming, and then Russia develops a drought, Russia may blame the U.S. for its failing crops even if the causes aren’t clear.

In June of 1972, researchers in Rapid City, South Dakota were experimenting with cloud seeding when, shortly after, a torrential downpour devastated the town. “It ended up being a court case,” says Trenberth. “Most assessments are that this probably would have happened anyway. They may have changed the location of the thunderstorm a little bit, but they got into serious legal trouble as a consequence.”

Deliberately dimming the sun could also potentially harm plants and solar power production, which rely on that incoming sunlight. And the method does nothing to help the oceans that are acidifying due to the extra carbon dioxide in the atmosphere.

“Incoming solar radiation heats the planet and drives all of the weather systems,” says Trenberth. “It’s responsible for the entire hydrological cycle—the evaporation and precipitation and so on…. There are guaranteed to be side effects, and some of these side effects can be substantial.”

That’s something Keith has worried about, too. If politicians make a big push to do geoengineering while defunding other climate research, even he won’t support it.

So why would we even think about trying this?

Even if we were to cut our emissions to zero tomorrow, it takes time for the carbon cycle to rebalance itself, and the world would continue growing hotter for several decades. The ice caps would continue to melt, seas will rise, plants and animals will fall further out of sync with nature, and droughts will worsen. Although it’s only a temporary fix, solar geoengineering has the potential to quickly cool Earth’s fever.

“The next generation will make decisions about this, say in the 2040s or 50s,” says Keith. “A question is, do we have a research program that tells people more about how well it works or doesn’t work, how big the risks are, and how you might manage those risks? If we have a coherent research program like that, I think we give the next generation more information to make a better decision.”

Keith’s team has plugged solar geoengineering into CO2 models to estimate its impacts. They found that, if emissions drop to zero by 2050 or so, and if enough stuff is pumped into the atmosphere to cut the rate of warming in half, then 90 percent of the world would have less change in precipitation, and 99 percent would have less of a change in temperature.

But those are models, and all models have limitations. “We need to find out more,” says Keith. “One thing we may find out is that there are some deep reasons why it doesn’t work—in which case then we shouldn’t do it.”

The best way to keep the world from overheating is to cut carbon emissions. But that requires technological development and political motivation, and the effects wouldn’t be instantaneous—which is why scientific organizations such as the National Academies of Science, the Royal Society, and even some environmental advocacy groups are starting to think of geoengineering as a potentially valuable tool—but one that needs further research. There also needs to be an international discussion about whether, why, and how geoengineering should ever be implemented.

These two things are exactly what Keith is pushing for as well.

“I’m not promoting some master plan,” says Keith. “My intention is to push for a larger international open research program, mostly owned by the environmental community. It’s not my decision to make.”