Add Greenland to the growing list of countries on fire 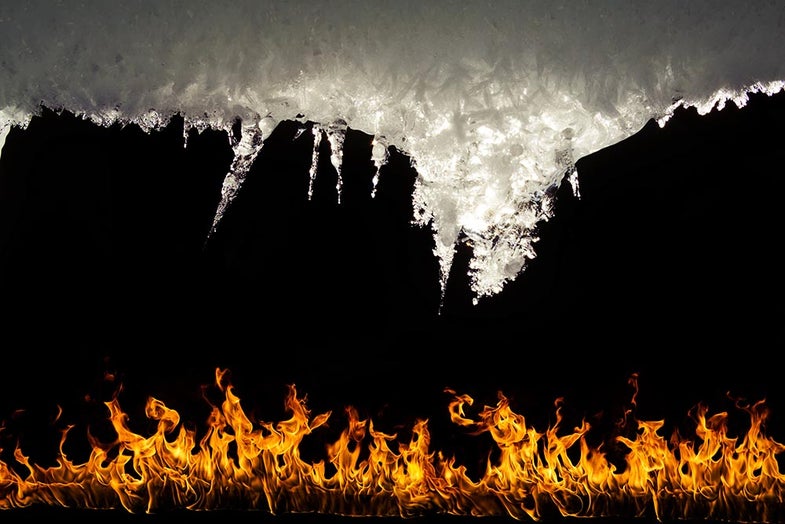 Greenland, most famous for its ice, is burning. Deposit Photos
SHARE

Greenland, where even the capital Nuuk, is located north of the Arctic Circle, is mostly famous for one thing—its ice. This isn’t exactly a surprise given that roughly 80 percent of the nation is covered in frozen water, mostly in the form of glaciers. What is surprising, however, is, that there’s a massive, wildfire burning roughly 90 miles northeast of Sisimiut, a town of 5,500 situated on Greenland’s west coast.

This isn’t the only place currently on fire—Popular Science has tracked wildfires across the United States, Canada, and much of Europe and beyond. But in what is already a weird fire season, this may be the most bizarre. Greenland does occasionally have wildfires, but the general consensus is that they’re rare. The 20 percent of Greenland that isn’t ice includes shrubs, bushes, mosses and grasses, which are all prime fuel for the fires if the conditions are right. Generally, the conditions have been wrong, leaving conflagrations few and far between. That seems to be changing.

In recent years, Greenland, like much of the Arctic, has experienced higher than normal temperatures. And, for reasons that remain somewhat elusive, surface water seems to be disappearing on Greenland. The country is drying out. This combination means a normal phenomena—a lighting strike for example—has a better chance not only of setting off a spark, but of that spark igniting an inferno.

According to NASA’s Earth Observatory satellites first detected that there might be a fire in the area on July 31st. Then, over the next week a pair of satellites—Moderate Resolution Imaging Spectroradiometer (MODIS) and Visible Infrared Imaging Radiometer Suite Suomi NPP—collected daily images of the fire, and they weren’t the only ones taking pictures. The Operational Land Imager (OLI) on Landsat 8 captured the high-resolution image of the fire posted above, while the European Space Agency’s Sentinel 2 satellite captured the below image.

This isn’t the first time a Greenland fire has been potentially captured by satellite data, but those were what are known as low confidence detections. Observers of those events could see something in the satellite data, but they weren’t totally sure it was a fire. But early analysis by Stef Lhermitte, an assistant professor of geoscience and remote sensing at Delft University of Technology in the Netherlands suggests that MODIS has detected more fires in Greenland in 2017 alone than in the 15 years since MODIS Aqua began recording images back in 2002. And this fire has four satellites providing corroboration.

To wrap up: wildfires have occurred in the past over Greenland but 2017 is exceptional in number of active fire detections by MODIS pic.twitter.com/2HGaVieTEe

Mark Parrington, an emissions and atmospheric researcher estimated the amount of CO2 emissions over Greenland based on MODIS data as part of the European Centre for Medium-Range Weather Forecasts/ the Copernicus Earth Observation Programme. In terms of emissions, 2017 beats the next closest year on record, 2015, which also had a very large wildfire. The news of two unusually large fires in a short span of time takes on new context when viewed in conjunction with an ever-increasing body of evidence that suggests that the global climate is changing.

The fire is concerning not just because it’s weird, but also because Jessica McCarty an Assistant Professor of Geography at Miami University, suggested that it might be burning through peat.

Peat is a mixture of mostly plant material that is at various stages of decomposition within a mostly wet, low oxygen environment. If you can envision the dank material embodied in a bog you’re pretty much picturing peat. Since peat forms in water rich environments, it doesn’t ordinarily burn. But when that water dries out peat can and does burn in a low temperature, slow burning fashion that can take months if not years to put out in nature. In the process, a peat fire emits a significant amount of climate altering carbon emissions, feeding climate change and an increased likelihood of future events like this one.

And yet, in recent months, the United States has doubled down on climate denialism. The government declared their intent to pull out of the Paris Climate Change Agreement, and yesterday a key climate change report was published by the New York Times long before it received government approval out of fears that it would be suppressed. The fears aren’t wholly unreasonable given that there have been past attempts in the early 2000s to suppress the report in violation of the Global Change Research Act. Similarly, the current administration’s budget calls for drastically cutting resources to Earth observing satellites that help us better understand how the climate is changing. Much like a child playing peek-a-boo, the logic seems to be that it isn’t real if we can’t see it.

The more than 545 paged document details the scientific evidence that continues to support the fact that climate change is happening, it’s human caused, and if we do nothing to reduce its worst effects and to adapt for those changes that are already locked in, we will suffer. Greenland is already suffering.